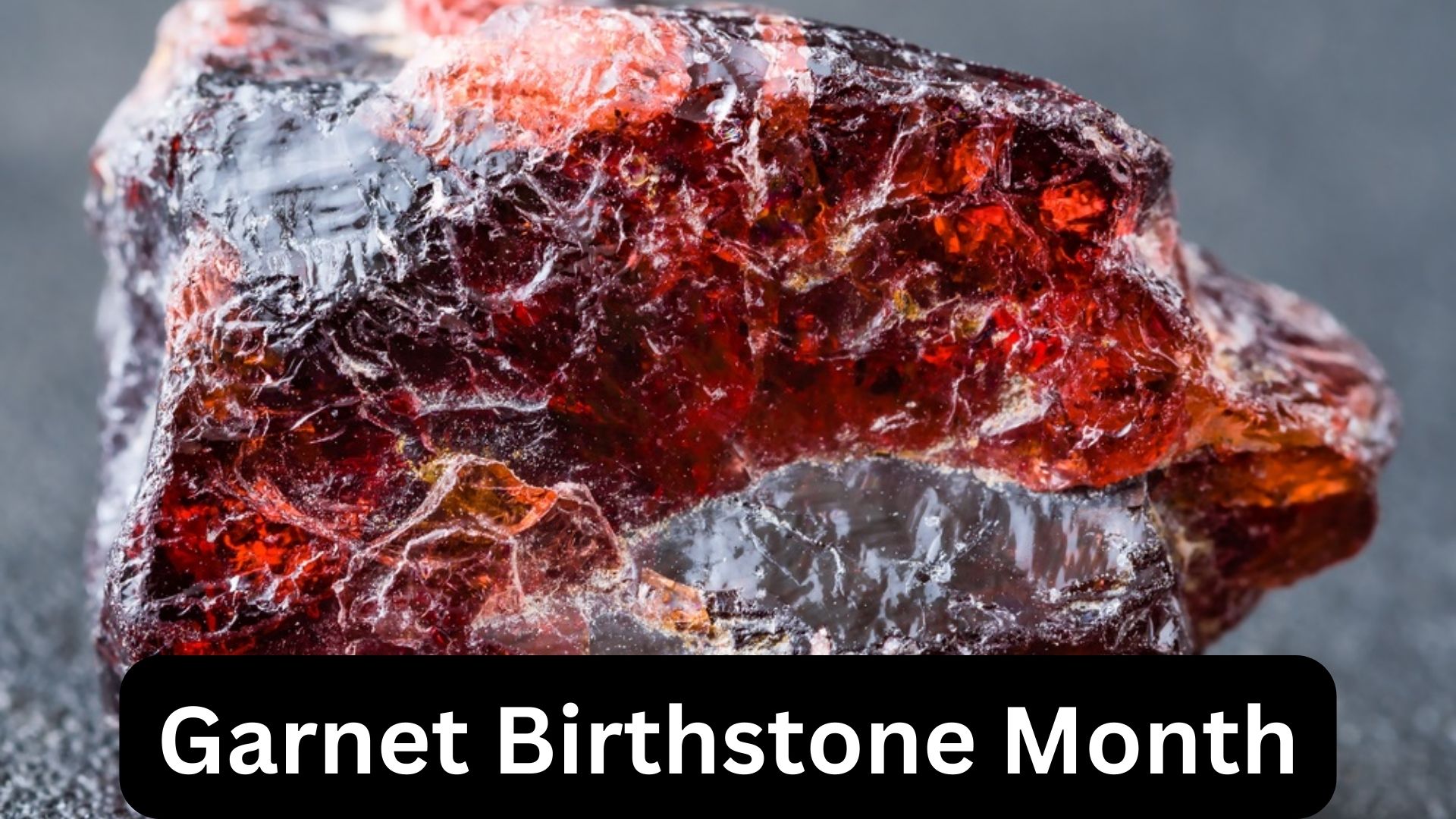 The garnet birthstone month of January is available in a variety of hues. The deep red garnet, however, is the most well-known. This stone is often shown as relating to trust and friendship. Named after the pomegranate seed and derived from the Latin word "granatum," which means "seed," this stone is stunning.

Garnet, the birthstone for January, has a rich folkloric history and was formerly revered for its therapeutic qualities. The name of this lovely gem refers to the vividly red pomegranate fruit, yet it comes in a variety of hues. Find out the significance and history of the garnet by reading the complete article.

Where Is Garnet Found?

There are several areas and nations where garnets are found. The principal source of the red pyrope garnets that were so well-liked in Victorian times was Bohemia. Most of the garnet used today comes from the African continent. The majority of the brilliant green tsavorites on the market originate from Kenya, Tanzania, and Madagascar, but Namibia is now producing demantoids.

Important sources of the rich orange-to-yellow spessartine garnets are Namibia and Tanzania. The birthstone for January is also found in Myanmar, Brazil, Iran, Afghanistan, Pakistan, India, and Sri Lanka, among other nations. For many years, Southern California's Little Three mining region was renowned for producing this mesmerizing jewel.

The birthstone for January is garnet. Although most people associate garnet with a red gem, it comes in a variety of colors, including green (tsavorite and demantoid), orange (spessartine and passionate), purple (rhodolite), yellow (mali and topazolite), pink (Malaya), red (almandine and pyrope), black, and almost every other color (melanite).

These are just a few of the countless hues and types of garnet. Even opaque garnets, which are often cut as cabochons, exist (pink hydrogrossular and green grossularite). People born in January have various color choices because of the range of garnet colors. 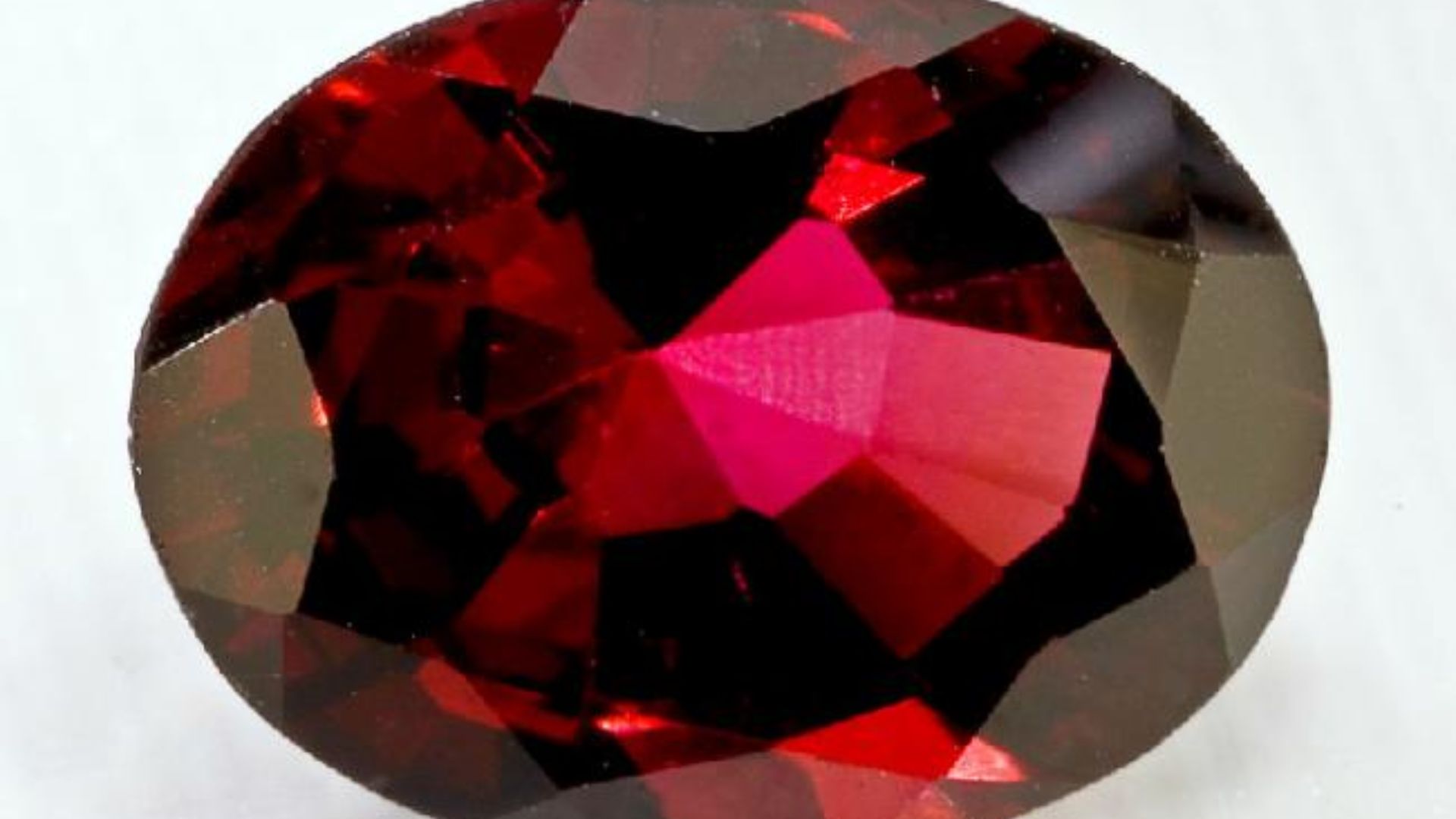 Garnet naturally comes in a variety of hues, including greens, yellows, and even blues. However, given its intimate link with pomegranate, garnet is best recognized for its deep red color. The appearance of garnets may vary from being entirely opaque to being transparent.

The significant gem minerals pyrope, almandine, spessartine, grossular, andradite, and uvarovite are all constituents of garnet.

When heat and pressure that disrupt the chemical bonds in the rocks and cause minerals to recrystallize are applied to metamorphic rocks, garnets are created. Some garnets may also be found in granite and other igneous rocks. Those garnet-colored grains discovered along beaches are found in sandstones and sandy deposits.

Due to its pomegranate seed-like look, the name "garnet" derives from the Latin word granatus, which means "seeds." The deep-red gemstone was referred to as grenat in early French. Then, grenat became "garnet" when it was taken into English.

Garnet has been used since the Bronze Age, making it one of the earliest gemstones ever discovered. There have been discoveries of garnet necklaces and talismans, which are engraved rings or stones that are believed to have magical properties and bring good luck, in the graves of ancient Egyptian pharaohs. Ancient Greeks and Romans placed great significance on it and used garnet signet rings to wax-seal important papers.

It remained fashionable until the Victorian era before losing its appeal as a gem. However, it is now perfect for various kinds of jewelry, including earrings, brooches, pendants, and engagement rings, thanks to its beauty and wide range of colors.

Garnet is employed as an abrasive and for decorative purposes due to its propensity to fragment into erratic grains. Sandpaper for bare and unfinished woods, as well as sanding belts, discs, and strips, are made from garnet. The technique of "water jet cutting," which uses abrasive blasting material, is also used for water filtering.

Attributes And Healing Power Of The Garnet

As a "commitment stone," garnet is a sign of tenacity and dedication and represents strength and endurance. The garnet was revered as a sign of life by the ancient Egyptians. In the Middle Ages, the stone was used for several medical uses. It was worn as an amulet by soldiers in India and Persia to fend off disease, sickness, and being struck by lightning.

Some people thought that carrying a garnet carving of a lion would safeguard their health and safety while they were traveling. The reddish hue of garnet also gave rise to the notion that it was beneficial for circulation and might be used to treat hemorrhages.

Garnets are used in crystal therapy to treat back and neck pain, depression, hypothyroidism, and poisoning. Additionally, it is said to increase emotional intelligence and remove sexual inhibitions.

Historical Background Of The Garnet

Isis, the goddess of soil fertility, had garnets carved into her sculptures in ancient Egypt as a representation of her might. Wide garnets were formerly put in huge gold rings by the Greeks in the third century BC. Romans chiseled pictures into the rock.

Garnets were often used in Victorian England for bracelets and brooches, and they were set in hoop earrings in the 18th century. Many Asian tribes employed garnets as ammunition because they thought the red stone's hue would produce a more serious wound than lead bullets.

All About January's Garnet

On the Mohs scale of hardness, garnet birthstone month comes in a variety of varieties that vary from 6.5 to 7.5. This indicates that compared to rubies, sapphires, and diamonds, the birthstone is more prone to damage. Although not all garnets are suitable for everyday use, they are perfect for pendants, brooches, and earrings.

Think about how you want to keep your garnet jewelry. It may be scratched if you let it touch against tougher jewels, such as sapphires, diamonds, and rubies. Garnet may also damage softer gems like opals or pearls.

Garnets are often not treated. Rarely, though, certain garnets may be treated by having surface-reaching fractures filled with a material that resembles glass to increase the gem's apparent purity. Such treated stones need to be handled carefully.

Regardless, cleaning garnets is always safe when done with a delicate brush and warm, soapy water. Except for stones with fractures or those who have had fractures filled, ultrasonic cleaners are often safe. It is not advised to use steam cleaning.

What Is January Birthstone Meaning And Color?

What Is Red Garnet Stone Used For?

The heart has been stimulated and depression is released with the red garnet stone.

We hope you now have got all the answers to your questions regarding the garnet birthstone month. We would be very interested in hearing about any thoughts in your mind related to our article. Feel free to leave a remark below. It was a pleasure for us to react to you.