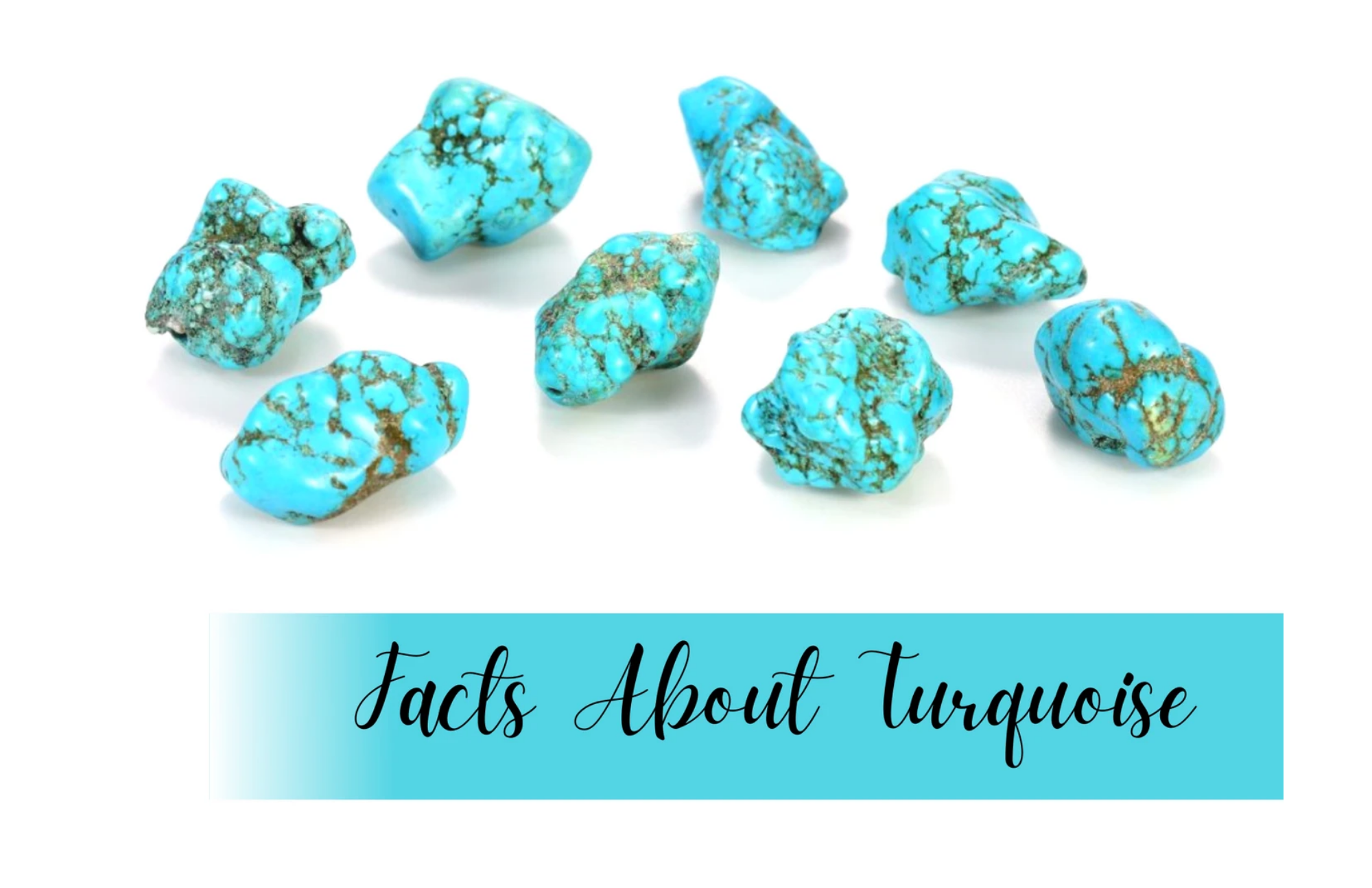 But before that, did you know that people think that the ancient Egyptians were the first to use turquoise? They used it to make amulets and jewelry around 3000 BC.

Turquoise is an opaque mineral that ranges from blue to green. It is a hydrated phosphate of copper and aluminum. It is rare and valuable in its best forms, and its unique color has made it popular as a gemstone and decorative stone for thousands of years.

The following information about turquoise, which you will see, is the best thing you will learn about the stone, and it will cause you to fall in love with it.

A Stone That Is Full Of Symbolism In Jewelry 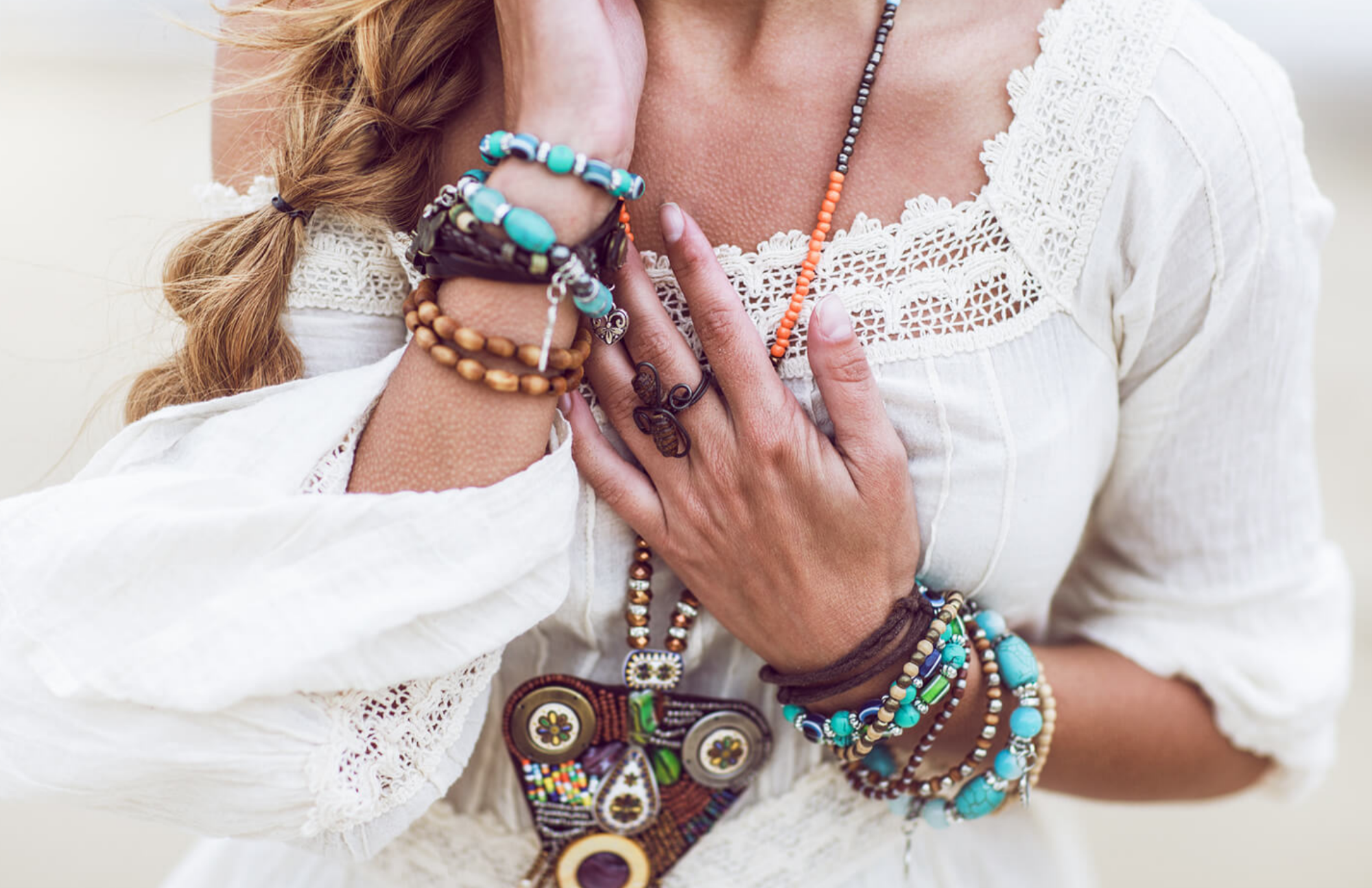 A woman in a white gown wears turquoise jewelry

Gems and jewelry made of turquoise are not just beautiful pieces of stone; they also have meanings. People believe that turquoise is the most powerful gem in the world because it can turn negative energy into positive energy.

People also think of creativity, truth, friendship, and love when they see the color turquoise.

Since the beginning of time, turquoise has been a sign of peace. Native Americans used it to show the sky, water, and the earth, and to keep evil spirits away.

The Only Gemstone To Have Its Own Color 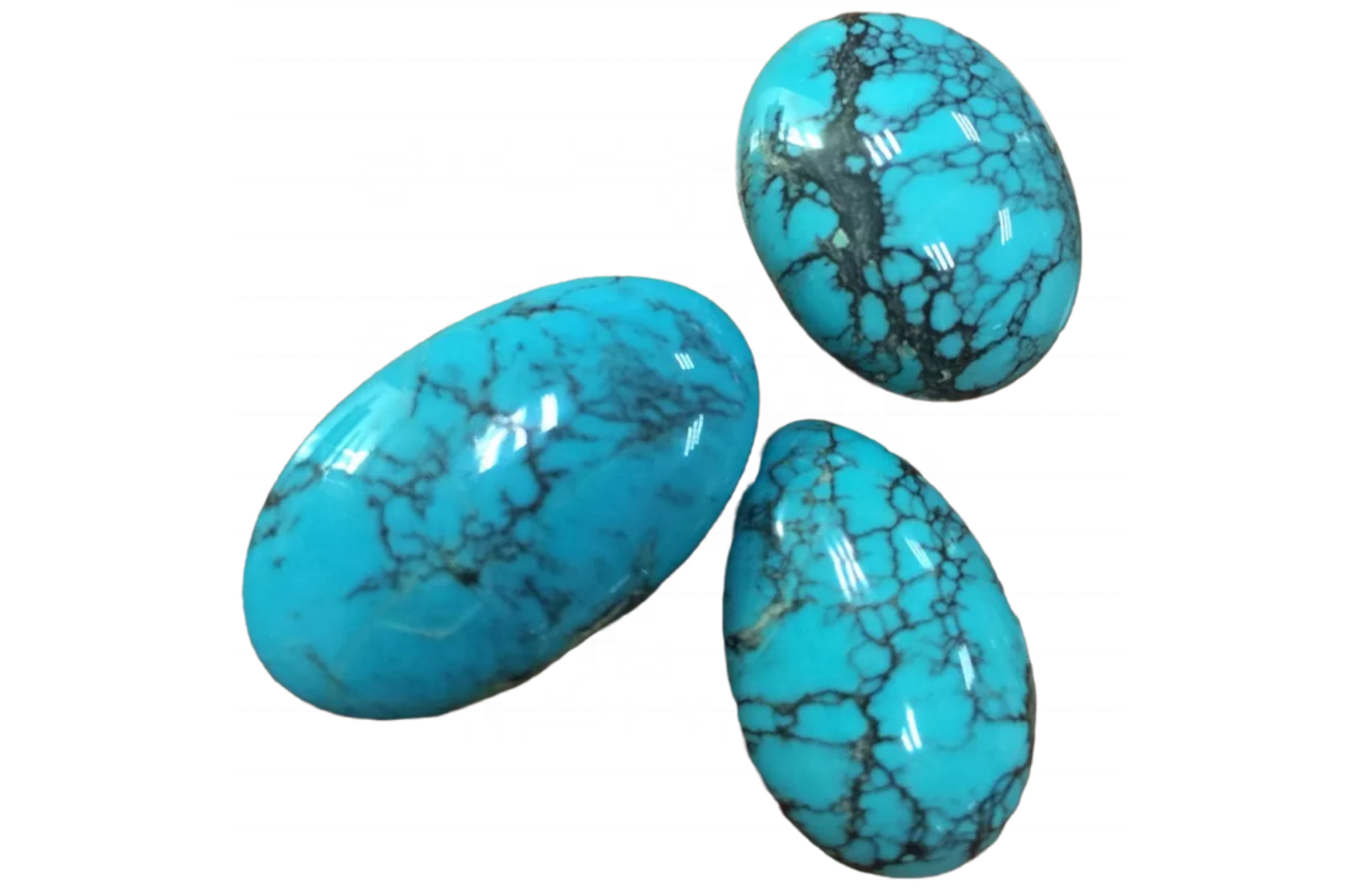 Turquoise is also interesting because it is the only gemstone whose color is named after it. Part of the reason for this is that not many minerals have such a unique and bright color.

Pure sky blue, also called robin's egg blue, is the most popular turquoise color. Copper gives a beautiful blue color to the gem, while iron or aluminum gives it a greenish tint.

This stone is known for its bright blue-green color, but it can also be found in different shades of blue. The best color is a deep blue that looks the same all over the gem.

People In Tibet And Nepal Call It The "Sky Stone"

People in the Himalayas have respected turquoise for thousands of years because they thought it came from the heavens. Its beautiful blue-green color is thought to protect whoever wears it.

This is why Tibetan children are given the gemstone when they are young to keep them safe on their journeys through life.

Ancient People Thought Of It As A Holy Stone

People all over the world thought turquoise was a holy stone and brought good fortune for hundreds of years. Some cultures thought that the stone could change color to warn the person who wore it of danger.

Ancient Egyptians thought highly of turquoise because it was used to make the famous mask of Pharaoh Tutankhamun.

The Color Of Turquoise Stone Can Change

Ancient people thought that the color of turquoise changed based on how likely it was that the person wearing it would be in danger soon. They thought it was a surefire way to know when to hide, get help, or make a change in your life.

As romantic as this may sound, a more modern view is that a Turquoise gemstone's color can change if it is exposed to direct sunlight, makeup, or heat for a long time.

With care and attention, you can avoid this by cleaning your gemstone with a soft cloth every now and then. Make sure to only wash it with water so that the porous stone doesn't lose its color.

Turquoise Can Be Damaged By High Heat

Most turquoise is stable to light, but high heat can change the color and damage the surface. It dissolves slowly in hydrochloric acid, and chemicals, cosmetics, and even skin oils or sweat can change its color.

Some Fun Facts About Turquoise

What Makes Turquoise So Special?

Turquoise is a unique gemstone because it has the appearance of the sky and pairs well with water, which is considered to be the most precious resource in the Southwest. Almost every Native American tribe has made some sort of medicinal or decorative use of turquoise at some point in their history.

Is Turquoise Getting Rare?

Since mines are running out, turquoise, which is the most important stone to the Navajo, is becoming harder to find. A sky-blue stone with a gray and gold spiderweb pattern is set in a silver ring with feathers carved into the sides.

What Is Turquoise Worth?

The price per carat of most turquoise ranges from one dollar to ten dollars, but the very best stones can go as high as one thousand dollars. It is true that gold is the most expensive precious metal, but real turquoise of the highest quality is even more expensive.

The fact that this stunningly beautiful stone also possesses a great number of intriguing properties makes it appealing to those who adore the color turquoise. These interesting facts that we have covered are the most important things you should know about the stone in order to become familiar with it and determine when you might find it useful in your life.