Diamond-Raining Planets, According To Scientists 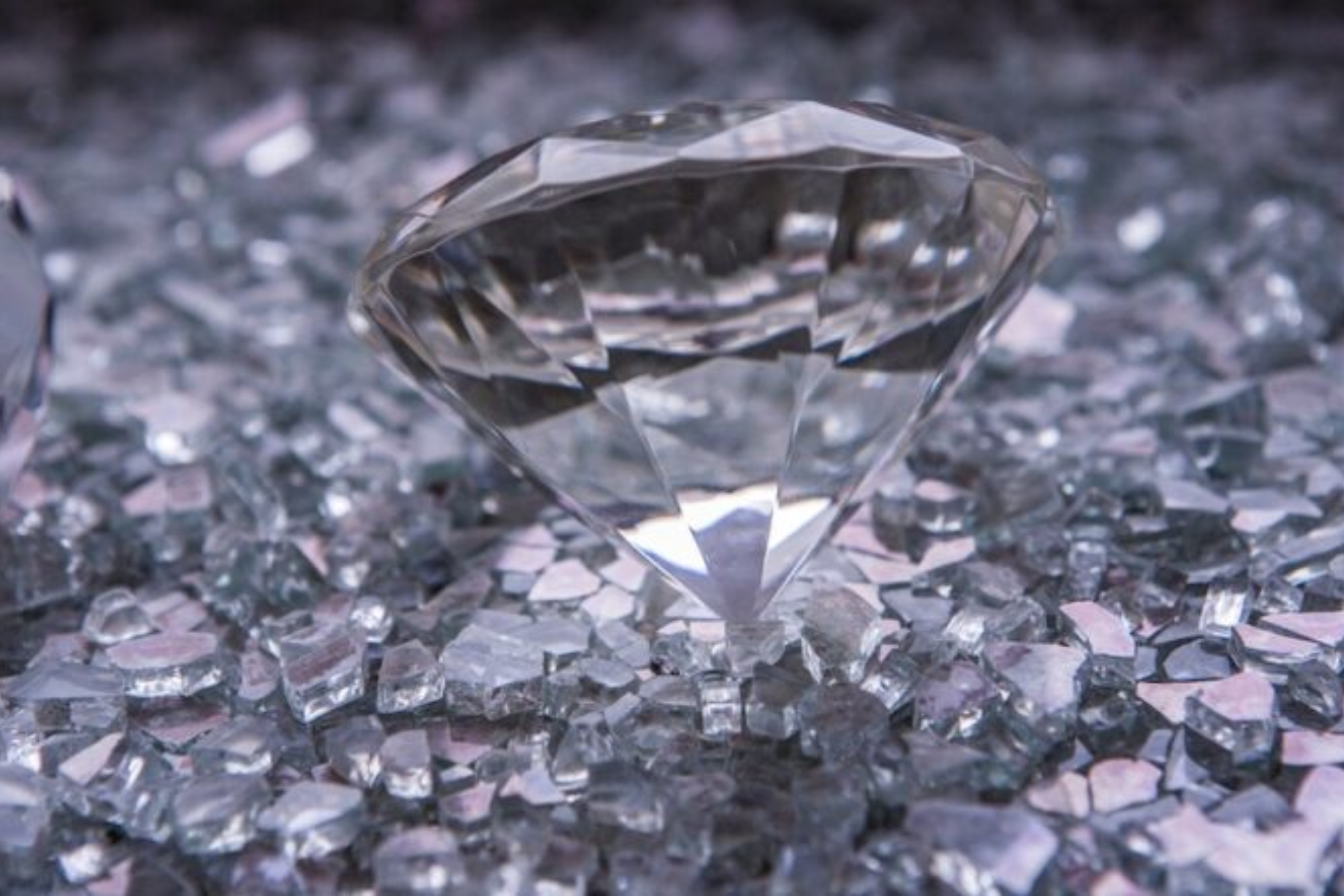 Like the Earth's natural resources, there are only so many diamonds. Diamonds are becoming rarer and rarer because the volcanoes that brought them to the surface stopped erupting tens of millions of years ago.

On other planets, however, precious gemstones might be as common as regular rocks. Scientists have thought for a long time that an unusual kind of rain called "diamond rain" falls deep inside ice planets like Neptune and Uranus.

Yes, you understood it right. There are diamond-raining planets, according to scientists.

A Study With The Support Of Scientific Advances

Science Alert says that a new study found that diamond rain happens much more often than was thought before. Scientists used to think that thousands of kilometers below the surface of ice planets, conditions of high pressure and high temperature turn hydrogen and carbon into diamonds.

Recent research, which was published in the journal Science Advances, shows that oxygen makes it more likely that diamonds will form and that diamonds can form at low temperatures and pressures.

Since ice giants like Neptune and Uranus are thought to be the most common type of planet outside of our Solar System, diamond rain could be happening everywhere.

In their study, scientists at the Stanford National Accelerator Laboratory in Menlo Park, California, used a powerful optical laser to make shockwaves in plastic. This was like the kind of environment found on ice planets.

Scientists tried to make the conditions on these planets like those on Earth by using PET plastic, which is often used to make plastic bottles and containers.

As they sent shockwaves through the plastic, they saw the atoms rearrange themselves into tiny diamond regions. Using a method called "small angle scattering," the researchers were able to measure how quickly and how big these regions grew. 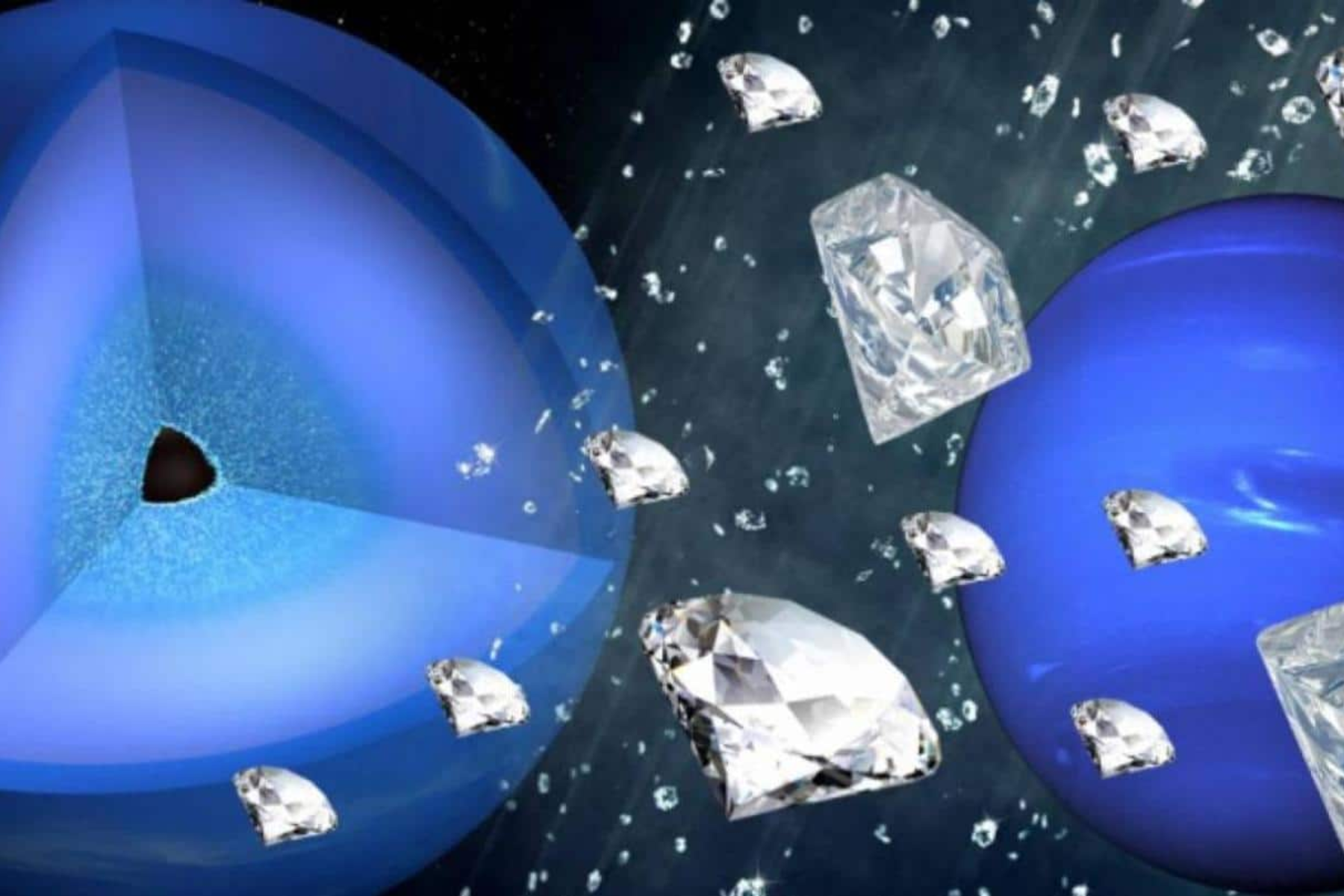 Neptune and Uranus in outer space, diamonds falling into deep

They found that the regions were up to a few nanometers in size. Because there was oxygen in the material, nanodiamonds could form at lower temperatures and pressures. So, this would make it more likely than scientists had thought before that diamonds could fall through the interiors of ice giants.

Scientists think that the diamonds on ice giants like Neptune and Uranus would grow much bigger than the nanodiamonds they made in their experiments. In fact, they think the diamonds could get so big that they weigh millions of carats.

According to euronews, some scientists think that Uranus and Neptune in our solar system are where diamond rain happens. It is thought to exist about 8,000 km below the surface of our ice giant neighbors. It was made by squeezing hydrogen and carbon together at very high pressures.

Researchers think that over thousands of years, the diamonds could sink through the icy layers and form a thick layer around the planets' cores. This is because ice giants don't have solid surfaces, but they get denser near the center.

In other words, if it rained diamonds inside these planets, there would be a huge amount of the mineral at the core of these ice giants, which has never been seen on Earth.

Researchers want to do more tests with liquid samples that have water, ethanol, and ammonia, which are the main parts of ice giants like Neptune and Uranus.

Scientists may find a new way to make nanodiamonds, which are already used in abrasives and polishing agents if they keep studying diamond rain. In the future, they might be used as medical contrast agents, quantum sensors, or even reaction accelerators for renewable energy.