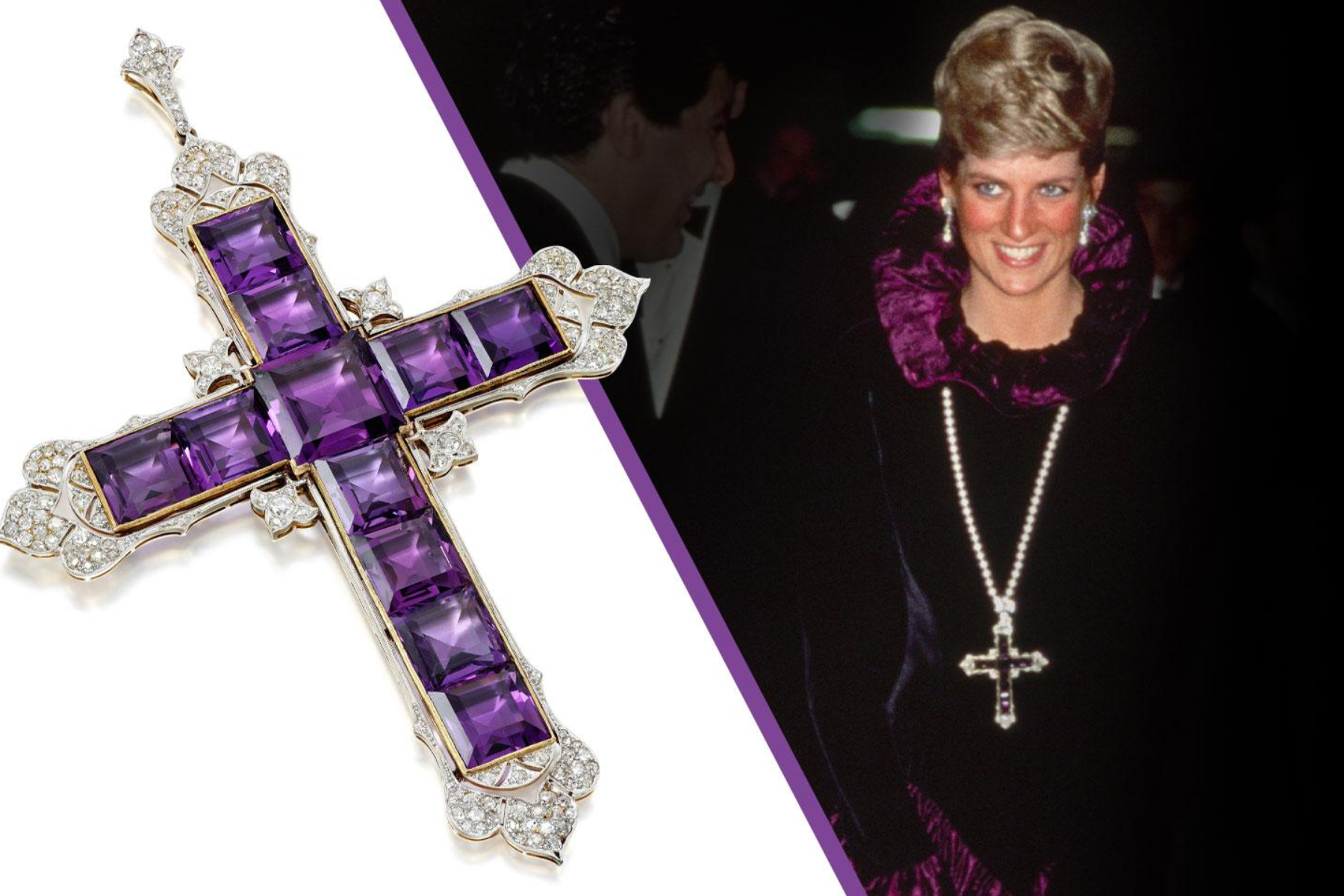 It was announced three days before Christmas that Sotheby's London would be holding its annual Royal and Noble sale (6-18 January).

This sale presents an eclectic collection of outstanding objects and sumptuous heirlooms with aristocratic provenance, including furniture, ceramics, decorative items, and more.

The sale will be led by a piece of jewelry that is said to have been lovingly favored by Princess Diana, the cross worn by Princess Diana: the Attallah cross, which was owned by the late Naim Attallah CBE, the former joint managing director and then group chief executive of Asprey & Garrard, later renamed Garrard & Co.

The next month, an auction would take place at Sotheby's in London including a cross-shaped pendant that was worn by Diana, Princess of Wales. 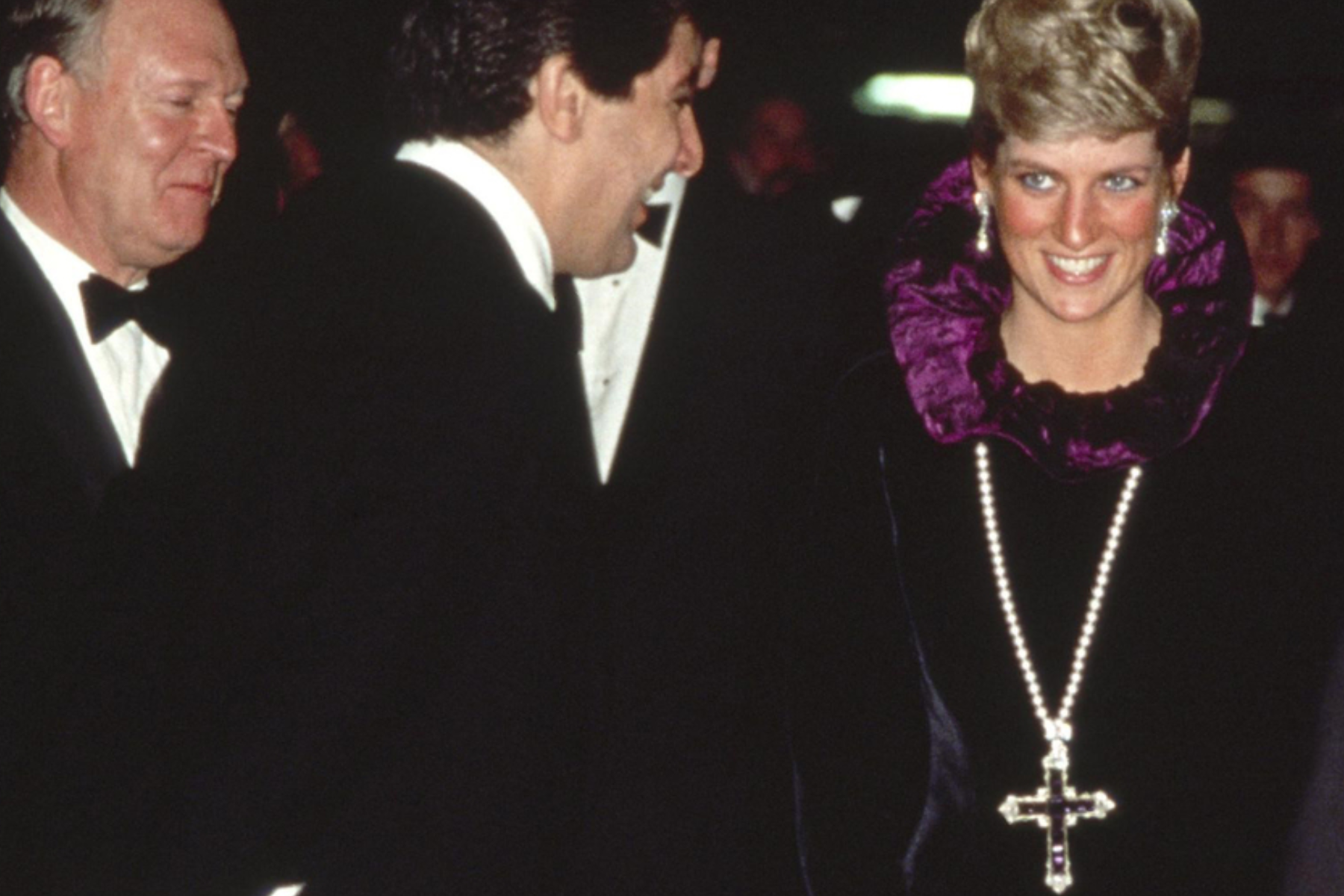 Around 1920, former British crown jeweler Garrard fashioned the pendant, which was in the form of a Fleurée-style cross and had amethysts with square cuts and diamonds with circular cuts as accents.

In addition to being accompanied by documentation from Garrard, the cross is thought to have been a one-of-a-kind private commission that was completed for one of the company's regular customers. Spofforth said:

"Jewelry owned or worn by the late Princess Diana very rarely comes onto the market, especially a piece such as the Attallah cross, which is so colorful, bold, and distinctive."

The "Attallah cross" is a piece that was owned or worn by Princess Diana.

We are confident that this unique 1920s piece of jewelry by Garrard, with such an exceptional provenance and only ever worn by the princess herself, will attract the attention of a wide variety of bidders, including royal and noble jewelry collectors, as well as fans of the princess keen to share part of her history. 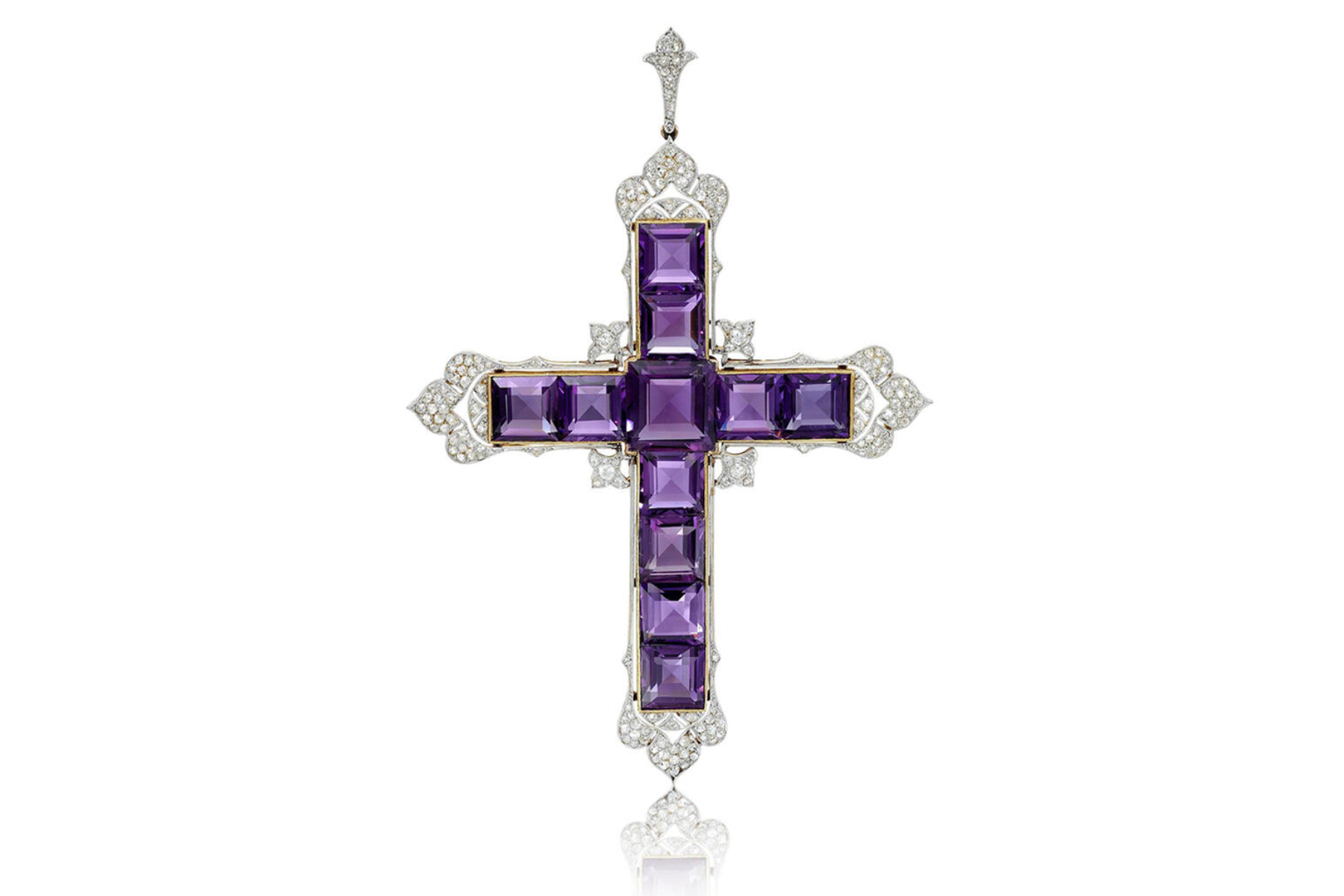 The total diamond weight of the pendant is approximately 5.25 carats, and its dimensions are roughly 136 mm wide by 95 mm tall.

The late princess most famously wore the pendant in 1987, when she attended an event in support of Birthrights, an organization that campaigns for human rights during pregnancy and childbirth. She paired it with a baroque-style purple and black velvet Catherine Walker & Co. dress.

To some extent, this unusual pendant is symbolic of the princess’s growing self-assurance in her sartorial and jewelry choices, at that particular moment in her life.

Garrard was a royal jeweler that Princess Diana had a longstanding association with. In 1981, Diana went to Garrard to purchase the famed sapphire and diamond engagement ring that now belongs to Catherine, Princess of Wales (also known as Kate Middleton).

From King Edward VII all the way up to Queen Elizabeth II, every monarch's coronation required the preparation of the crown jewels by Garrard, who served as the Crown Jeweller from 1843 to 2007.

According to Ramsay Attallah, whose late father Naim Attallah was the joint managing director and subsequently group chief executive of Asprey & Garrard, which was afterward renamed Garrard & Co., Princess Diana favored the pendant. Naim Attallah worked for the company before his passing.

Princess Diana had a long-standing relationship with Garrard, having selected her engagement ring from them in 1981. Over the years she would collaborate with Garrard and wear pieces from the illustrious jewelry house on many occasions, including after her divorce.

In the 1980s, Attallah purchased the cross from the jewelry firm, and after lending it to Princess Diana numerous times, he eventually gave it to his son to keep in the family. Ramsay, the current owner of the cross, said:

Princess Diana and my father were friends and I remember that she often came to see him at the historic Garrard store on Regent Street, where his office was, and she would ask to borrow the pendant on several occasions—she really loved the piece.

It is widely thought that Princess Diana was the only person who ever wore the cross. After her passing away in 1997, it was stashed away, and the general public did not see it again until just recently.

The items from the Royal and Noble Sale, such as the cross, will be shown at Sotheby's London from the 12th to the 18th of January.