Celebrities Who Use Crystals - How Famous People Trust Their Power 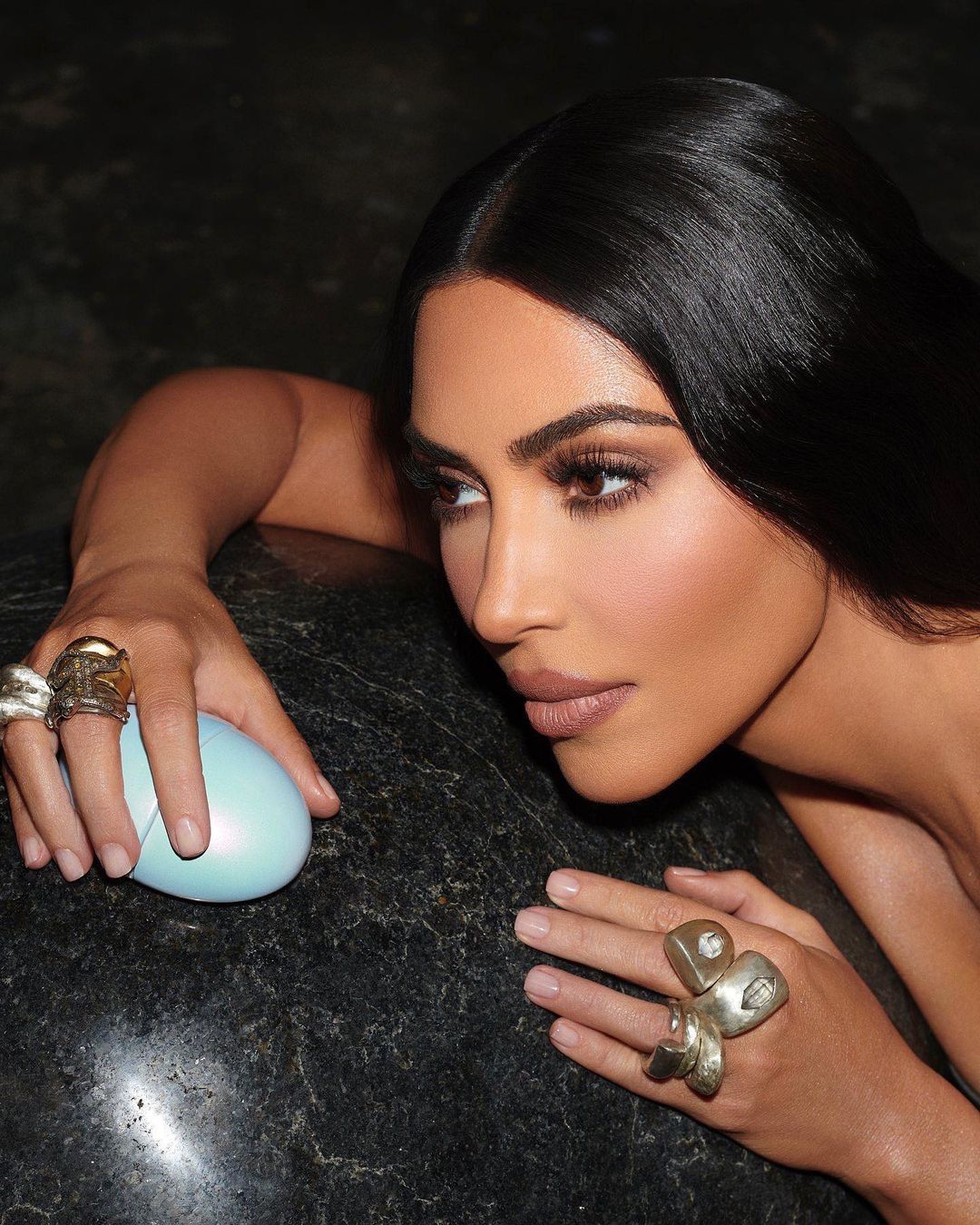 Celebrities who use crystals attest to their ability to energize, to heal, to invite pleasant vibes, and to generally bring good luck and anything nice.

Back in 2016, Kim Kardashian flew to Paris for the Fashion Week. One night while in her hotel room alone, male intruders went in, tied her up, and took away some jewelry worth approximately $10.7 million.

The robbery incident, which occurred on her birth month and just 18 days before she turned 36, apparently shocked the voluptuous reality TV star.

A year after, Kim Kardashian told Women's Wear Daily (WWD) what several friends gave her to recover from the horrible experience.

“For me it [the crystals] meant something so different,” added the former Mrs. West (she’s still married to Kanye at the time of the interview, though).

She further shared in her 2017 WWD interview that after researching and learning more about crystals, she went to Culver City in California to buy from crystal warehouses.

Kim Kardashian is just one of the numerous celebrities who use crystals for a variety of reasons.

Why Celebrities Are Using Crystals | How they Work

Celebrities Who Believe In Crystals

From Hollywood A-list stars to TV personalities to supermodels, celebrities who use crystals believe in the power they possess.

Angelina Jolie, according to Mail Online, believes in the healing capabilities of crystals.

In the said post, the former Spice Girls member associated crystals with “positive energy,” acknowledged their “healing properties,” and compared them to “good luck charms.”

As for Kim Kardashian, the gemstone opal became the inspiration behind her perfume KKW Fragrance Opals launched in November 2021.

For opals, she has this to say, via Instagram:

They are known to intensify love, passion, loyalty, and confidence.

Kim and Victoria are just two of the celebrities who use crystals and who even incorporated their faith in crystals into their business.

With love mentioned earlier, there’s this female Grammy nominee who believes that rose quartz, to quote her from a Cosmopolitan interview she did a long time ago, “attracts the male.”

According to Yahoo! News, the current 37-year-old “American Idol” judge placed a strong confidence in the power of the rose quartz.

I sleep with a rose quartz in my hand at night. It's supposed to help you find love and also heal your heart.

She consulted a crystal healer and most probably that’s one piece of information she received.

Can you guess who advised Katy Perry to turn to crystals for healing and gave the number of a crystal healer to contact?

No less than Madonna

Yup! The “Material Girl” is also into crystals, and she recommended her personal crystal healer to Katy Perry.

If celebrities who use crystals either got introduced to them by friends (like in the case of Kim) or by fellow celebs, for others, it seems to run in the family.

Based on her online TV interview in “Drew” with host Drew Barrymore, supermodel Miranda Kerr took the inspiration from her grandfather.

The Victoria Secret Angel shared that her “grandpa” would give “these big geode crystals” to her grandmother. The family would place them “at the base of the willow tree.”

“That’s were my love of crystals came into it,” she said.

Like Katy, Miranda’s “favorite” crystal is the rose quartz, describing it to Drew as a “soothing, calming, and nurturing crystal.” 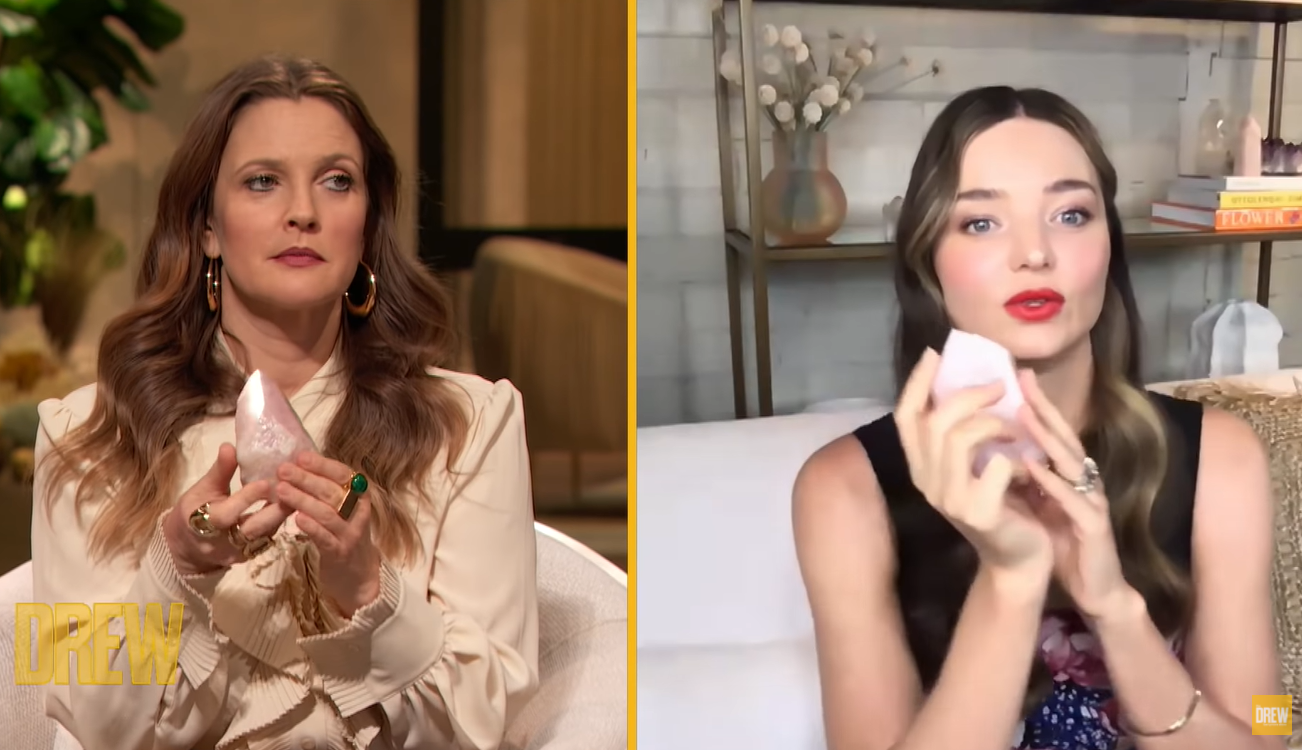 Celebrities Who Use Crystals

Nasty rumors, breakups, divorce, scorching criticisms from one’s performance, poor ticket sales… these could just be some of the things that hurt the feelings, to say the least, of celebrities.

Perhaps these things prompt those celebrities who use crystals to hold on to their supposed healing abilities. For them to heal from the pain they get while juggling their professional and personal lives.

When OK! Online interviewed crystal healer and psychic Eva White, she said that crystals can pave the way for healing, especially among the stars.

For celebrities, crystal healing is a beautiful way to openly display effort towards maintaining harmony with the mind, body, and spirit.

The better half of David Beckham does so, especially during the fashion shows she would stage for her eponymous clothing line, according to Mail Online. Victoria particularly uses black tourmaline and pink quartz in her own fashion show “backstage ritual.”

“I carry my crystals with me, which some people might think as odd, but it works for us,” attested the mom-of-four designer.

Crystals are a tool that help you get where you want to go.

If crystals help Victoria achieve a successful fashion show, they also do their wonders for Adele.

For one, crystals help the 34-year-old English singer-songwriter stay calm during a show, according to The Hollywood Reporter. 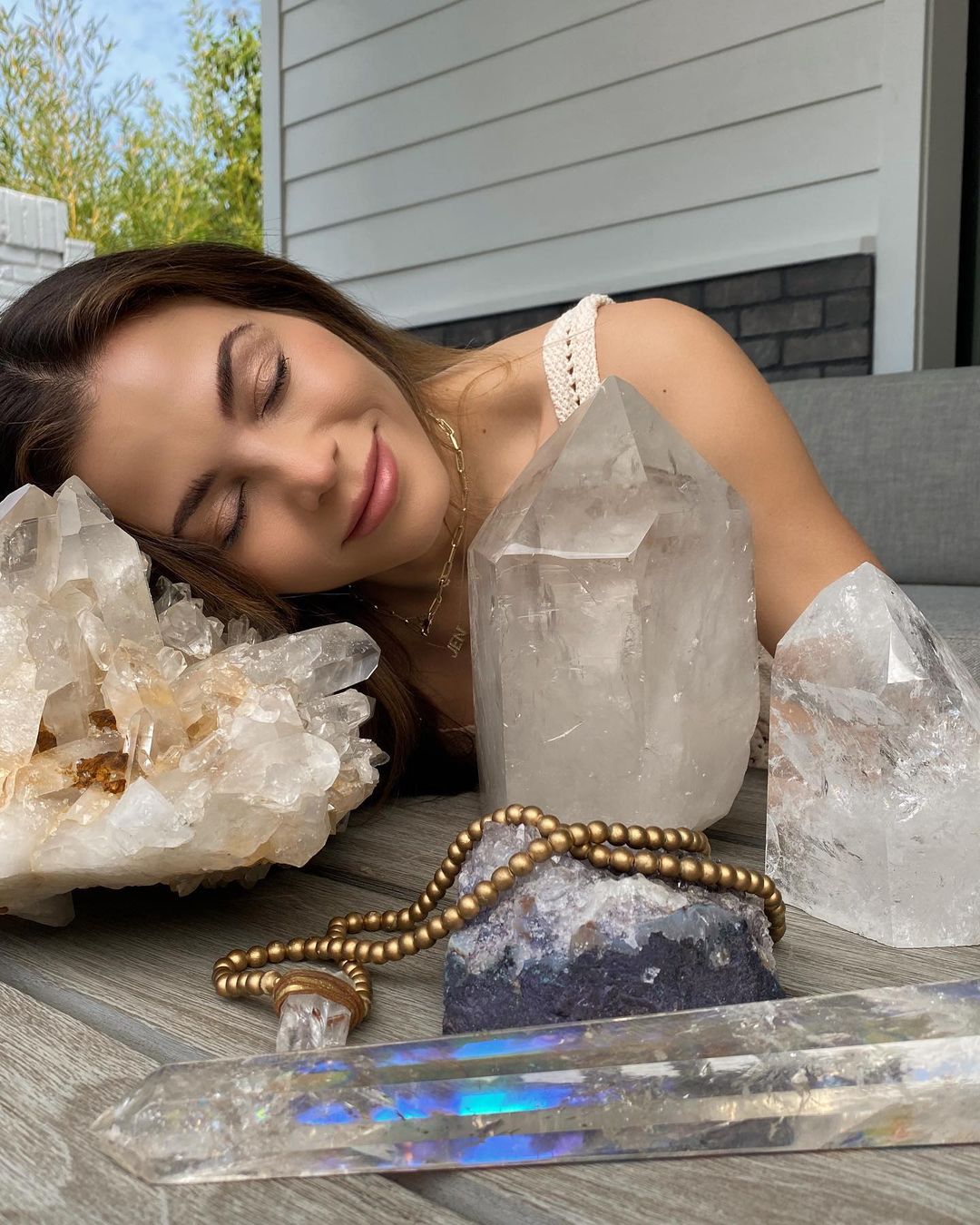 Celebrities who use crystals also aim for stability in their respective careers.

The no-shortcut-to-success maxim rings true even when it comes to becoming a famous celeb. It will take good old hard work and perseverance to reach stardom.

Holistic health and life coach Tori Boughey affirmed how crystals can aid an individual realize a goal, according to beauty and fashion site Grazia Daily. The founder of TBalance Crystals in London, Boughey said:

Whatever you might be trying to draw into your life, there is a crystal to help you do it.

When the going gets tough, amethyst casts away self-doubts and aquamarine calms the mind, per Artsy. To remain inspired, try pyrite, and to ward off negative energy and increase invite energy, there’s the clear quartz.

Yes, the Queen of Talk is one of the celebrities who use crystals. In fact, she adds them to her bath. According to her eponymous website, a heart-shaped bowl filled with rose quartz made it on “Oprah’s Favorite Things 2021.”

Does It Matter Where I Put My Crystals?

Yes, it does because, according to the Colby College Community Web, putting them at the appropriate place takes full advantage of the energy the crystals possess.

Crystals and their proper places in the house:

What Crystals Should You Keep On You?

Bring with you any of these crystals: 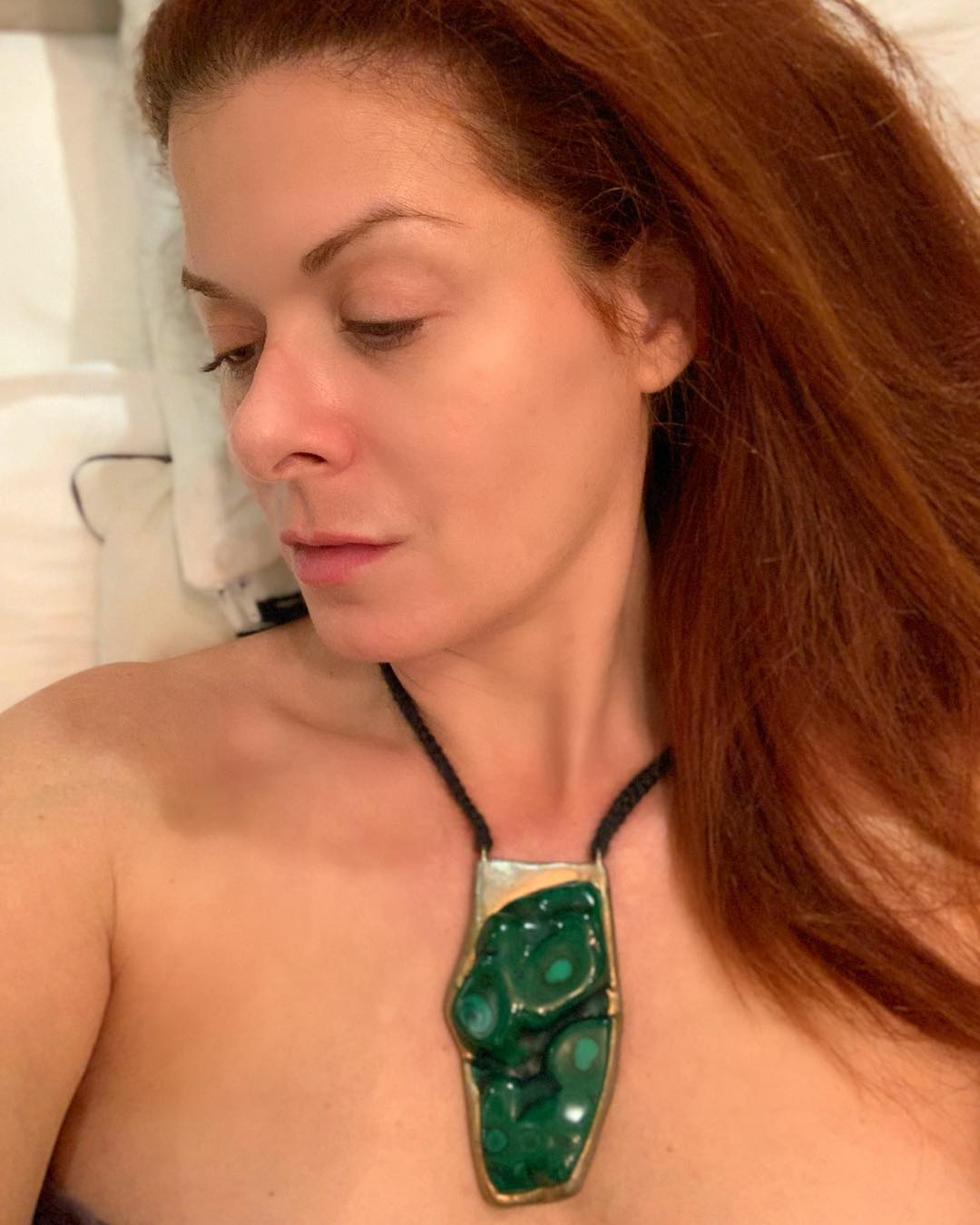 What Are Good Crystals For Reiki?

Some of the recommended crystals to use for Reiki:

For the celebrities who use crystals, it appears they’re doing something right.

Crystals are a touchstone to becoming grounded, balanced and centered. And when we’re in this state, we can make better decisions.

One can easily get drunk with fame.

No wonder several celebrities who use crystals do so because they want to keep their act together while in the glitzy yet dizzying world of glamor and opulence.