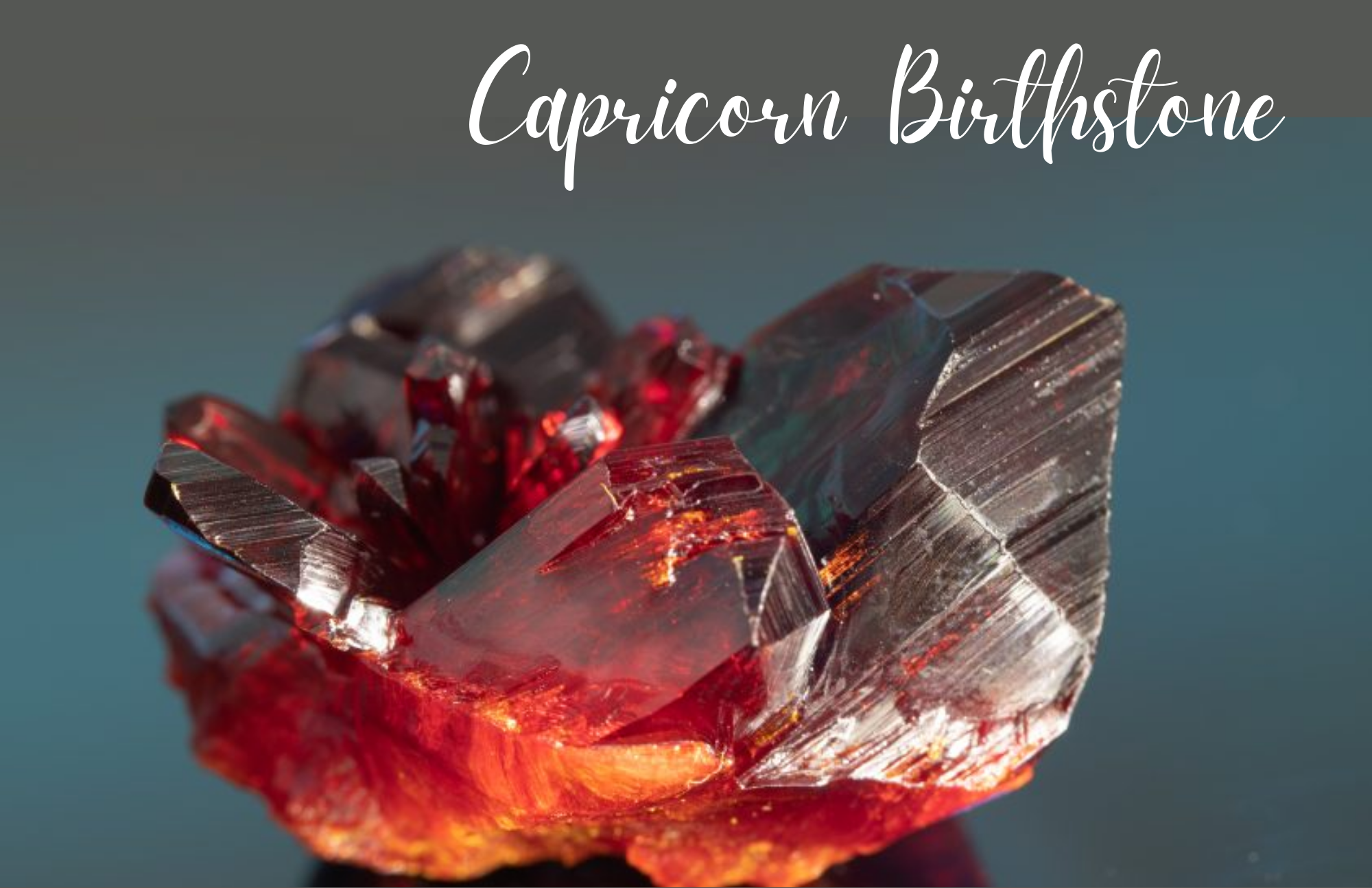 The Capricorn birthstone is a strong sign of being independent. People say that the stone brings luck and good fortune.

In the past, people used the Capricorn stone to keep away evil spirits and bring good luck. It is believed to be a holy stone that was often given to babies when they were born.

People say that the Capricorn stones have something to do with the star sign and that they make people feel whole.

If you're a Capricorn and you want to live your life to the fullest, you might want to add some gemstones that match your star sign. 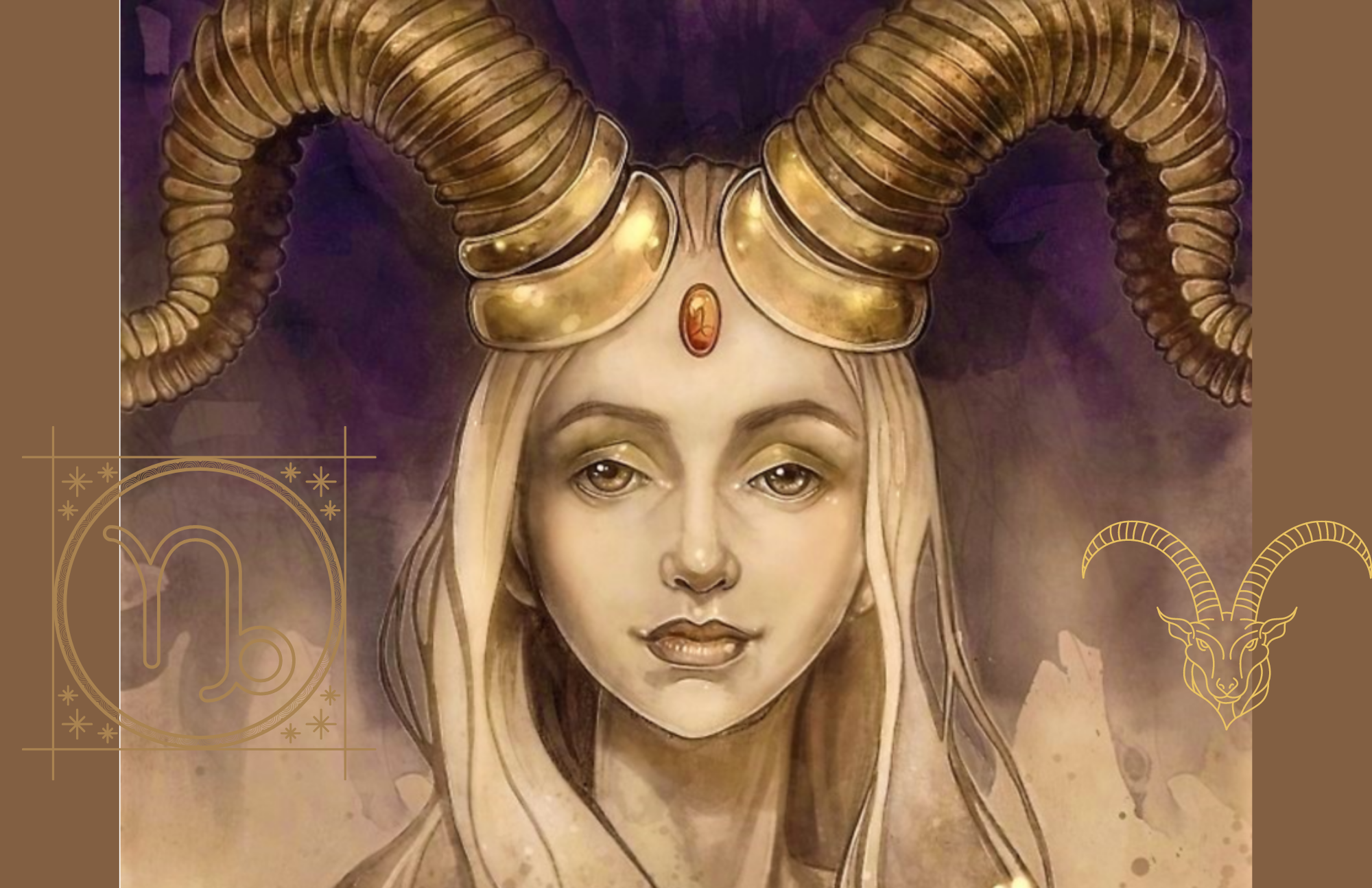 A woman with a goat's horn and Capricorn symbols

Capricorns have high aspirations, put in a lot of effort, and are constantly looking for ways to improve. Because of their earthy characteristics, Capricorns have a tendency to be the overachievers of the zodiac.

However, this tendency can sometimes backfire. Because of this, there is a good chance that they will also experience a great deal of stress as a result of their efforts to excel in as many different areas as possible at the same time.

Capricorns are good at balancing their emotional and practical sides because they have the head of the goat and the tail of the fish.

Even though they may seem cold and driven, they are actually very sensitive.

Capricorns aren't always great at showing their emotional sides in a good way, and they can seem as soft as a peach. They take life very seriously and don't do well when they feel like the punchline.

These people can be on the edge of being workaholics, which means they can have a narrow view of the world.

They are always trying to do their best, and this can sometimes make loved ones feel a little left out.

The Birthstone For Capricorn

The Garnet is the birthstone for a Capricorn. Garnet is a very valuable red gem. This birthstone is a symbol of dedication and creativity.

People born between December 21 and January 19 are Capricorns. Capricorns is thought to be ruled by Saturn and has Earth as its element. The sea goat is its symbol. 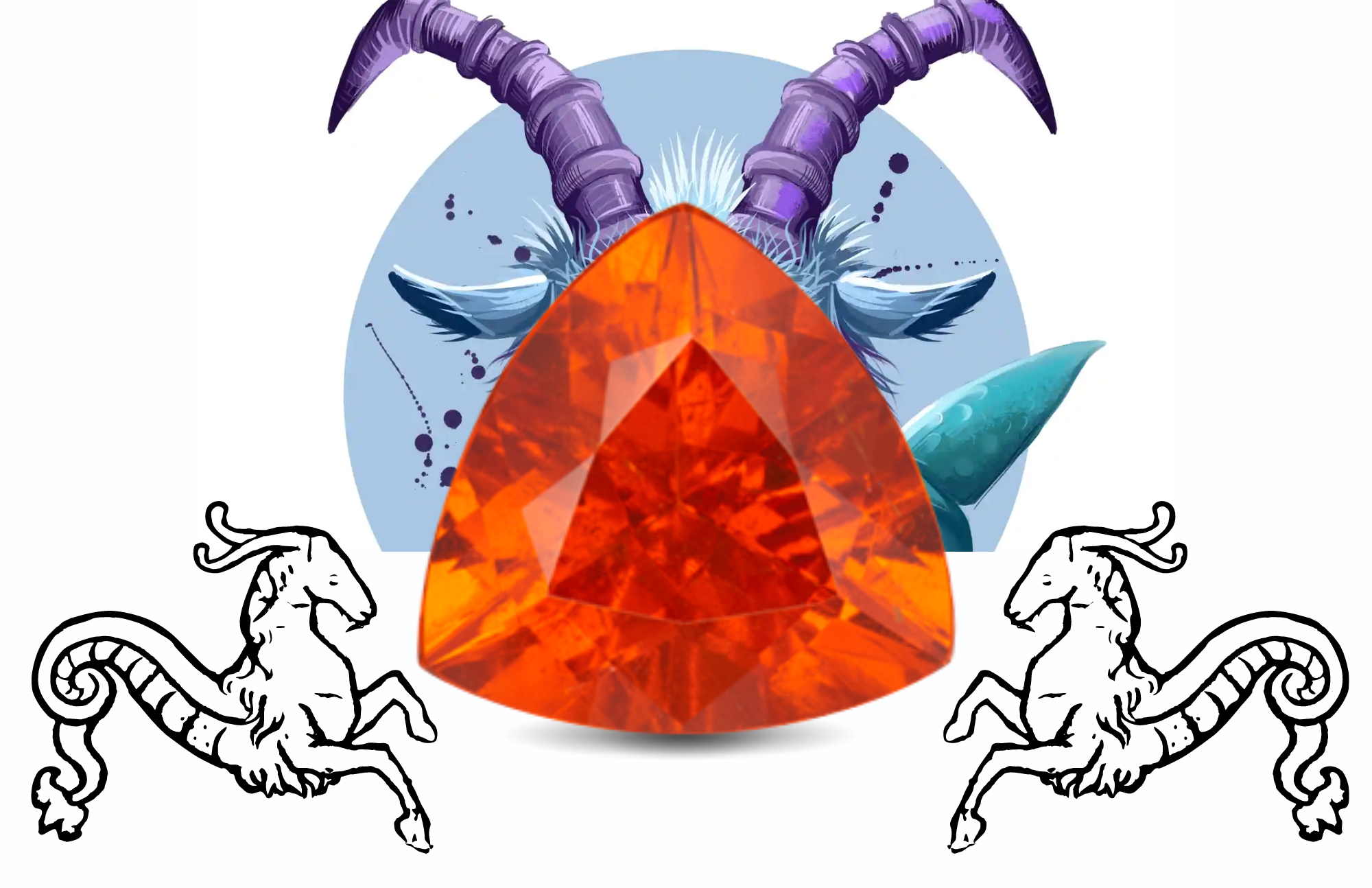 Capricorn is represented by a Garnet in the center of the goat's face, surrounded by two goats

This stunning birthstone is the January birthstone, and it has been used for healing since ancient times.

The name of this beautiful birthstone comes from the bright red pomegranate fruit, but it comes in many different colors.

The beautiful red garnet looks like fire and a burning desire, and it helps keep you balanced ans strong.

It is thought to bring warmth and draw the energy of Saturn, which adds to the Capricorn's need for social status and love.

According to some sources, the Capricorn birthstone possesses healing powers that can assist with a number of health issues, including but not limited to the following:

Connection Of This Birthstone To Capricorns

It is advantageous for Capricorns to make progress in their personal lives if they wear Garnet jewelry, as this birthstone is believed to possess the power to heal.

Their sensitivity, the stress they feel, and the things that they strive for despite the fact that they are unable to achieve them can be gone.

This could be the stepping stone in their lives that helps them out and helps clear their minds.

Capricorn's birthstone [the Garnet] is called "the stone of power" because it can help them make hard decisions and get through hard times.

The Positive Results Of Using Garnet

Stone is important for Capricorn because it makes them more emotionally open and makes it easier for them to get along with other people.

The stone is believed to store a lot of energy, which keeps Capricorn healthy and gets rid of the stress on the nerves. People believe that Garnet can motivate a person to do new things and help him get over a painful loss, both in his personal and professional life.

For example, a pendant with a garnet will be a great match for a person born under this Earth sign because it will help him break his habit of pulling into himself.

Capricorns are always told to buy this gem on their own so that their energy is more compatible with the stone.

People often say that Capricorns are quiet, but they do have some great celebrations that help them show who they are.

Some of the things you can do as a Capricorn on your birthday with a garnet birthstone are:

You should be aware of the following information regarding the garnet as a birthstone:

The price of garnet stones can vary greatly due to the wide range of colors that are available in which to purchase them. They typically range from approximately $500 per carat for stones that have inclusions to approximately $7,000 per carat for larger stones that are clean. The most valuable variety of garnet is called demantoid, and its price is typically at the very top of the range.

In addition, garnets are not brittle and do not chip easily; as a result, they are regarded as more suitable alternatives to Emerald for use in jewelry that is intended for everyday wear. Garnets can appear to have a variety of colors depending on the type of light they are viewed in, including natural light and artificial light, which is another very important quality of some Garnets.

Why Garnet Is The Best Gem?

Garnet possesses both mental and physical toughness, making him an extremely formidable opponent. Her endurance was on full display when she fought Jasper, when she fought Malachite while fused as Alexandrite, and when she was able to swim. Jasper was defeated, and Alexandrite defeated Malachite. Her resoluteness extends to the realm of her emotional experiences as well.

The article discussed the significance of garnets for people born under the sign of Capricorn. This is a stone that is widely held to be ideal for those born under this zodiac sign.

People under the sign of Capricorn are known to be very responsible and practical. They are also well known for their high levels of ambition and determination. Because of these two qualities, they are good fits for the position of Garnet. However, they are not necessarily the best fit for each and every individual.