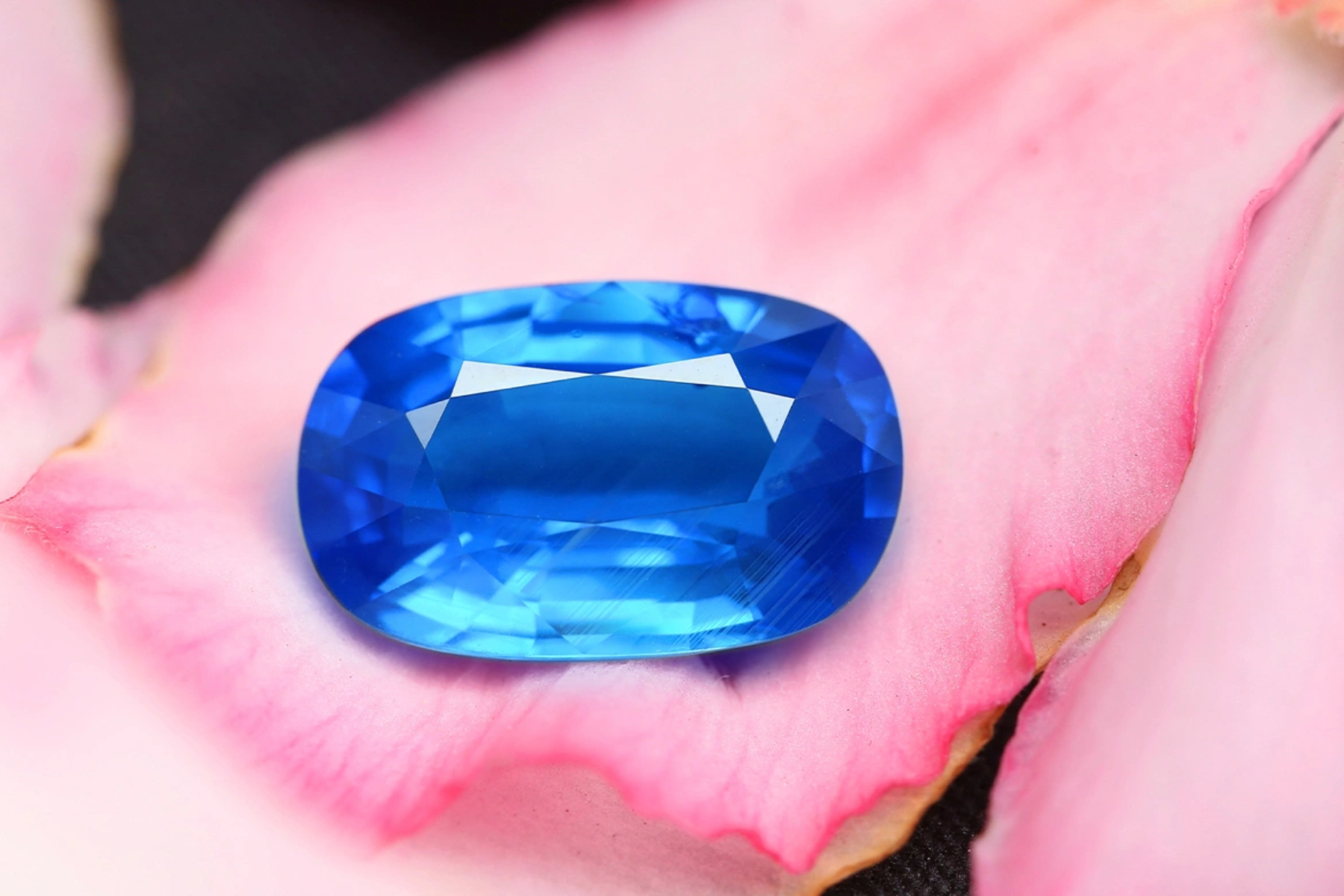 Blue cannot be disregarded when it comes to things we like, aside from the fact that some people despise it

It is a color that brings back feelings of trust, honesty, loyalty, and confidence.

It creates feelings of relaxation, peace, and calmness while bringing down levels of stress.

In addition, a lot of people are interested in having blue birthstones because they think it will also give off the energy that is associated with the color blue.

This article is ideal for you if you are also searching for a blue birthstone but are unsure which variety would be best for you.

How Many Blue Birthstones Are There?

You have many options to choose from when it comes to blue birthstones.

According to an online claim source, there are thirteen (13) blue gemstones that can be worn as a birthstone.

Here Are The Top 5 Best Blue Birthstones And Their Meanings 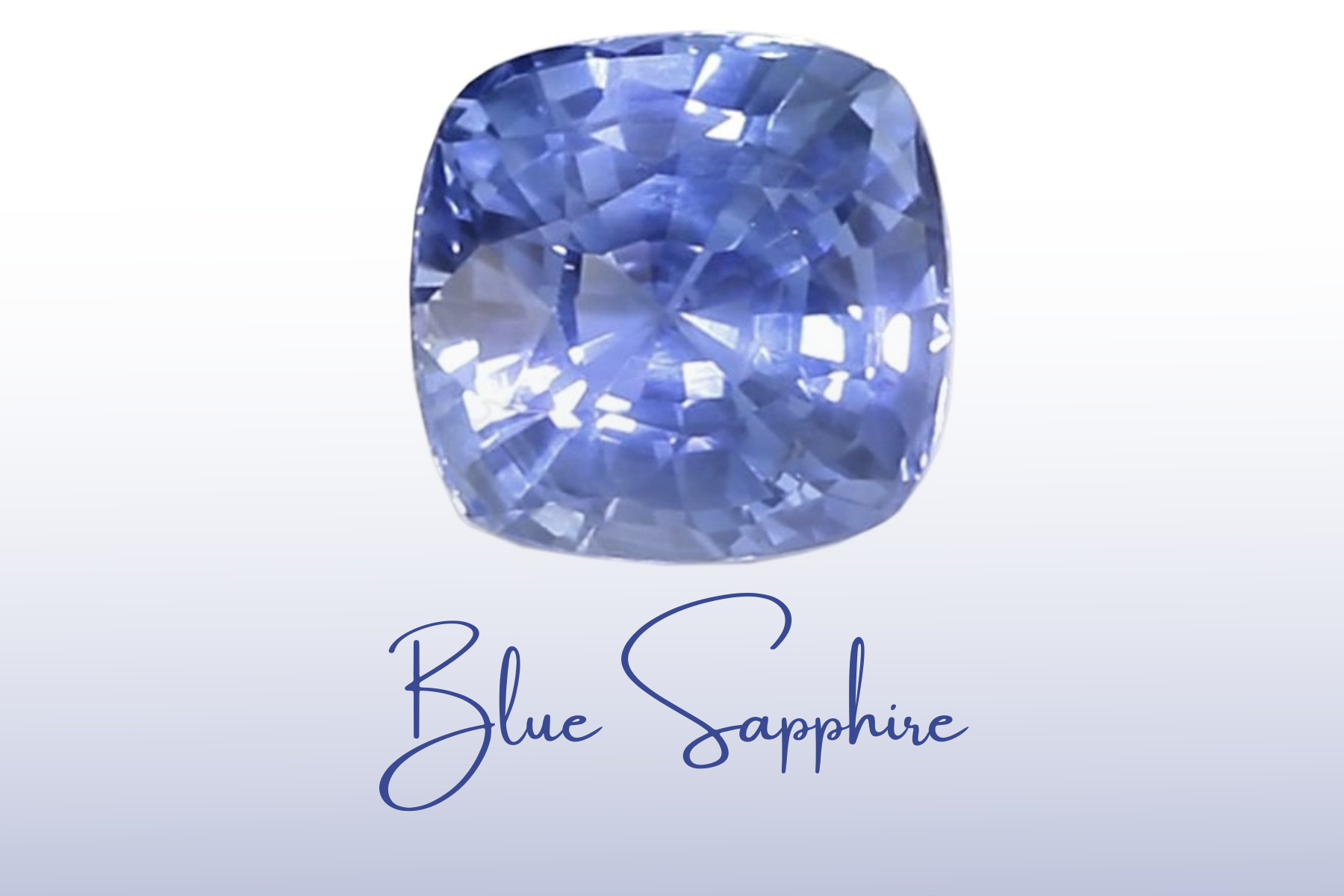 The gem known as the sapphire is classified as the September birthstone.

This precious stone has been prized for many centuries.

In the worlds of the ancient and the middle ages, blue sapphires were thought to represent the perfection of celestial faith and hope.

People believe that having to wear a Blue Sapphire will provide them with protection against robbery, acts of terror, accidents, and problems brought on by natural disasters such as storms and fires, among other things.

Because of this, blue sapphire functions much like a shield, protecting the wearer from any and all threats. 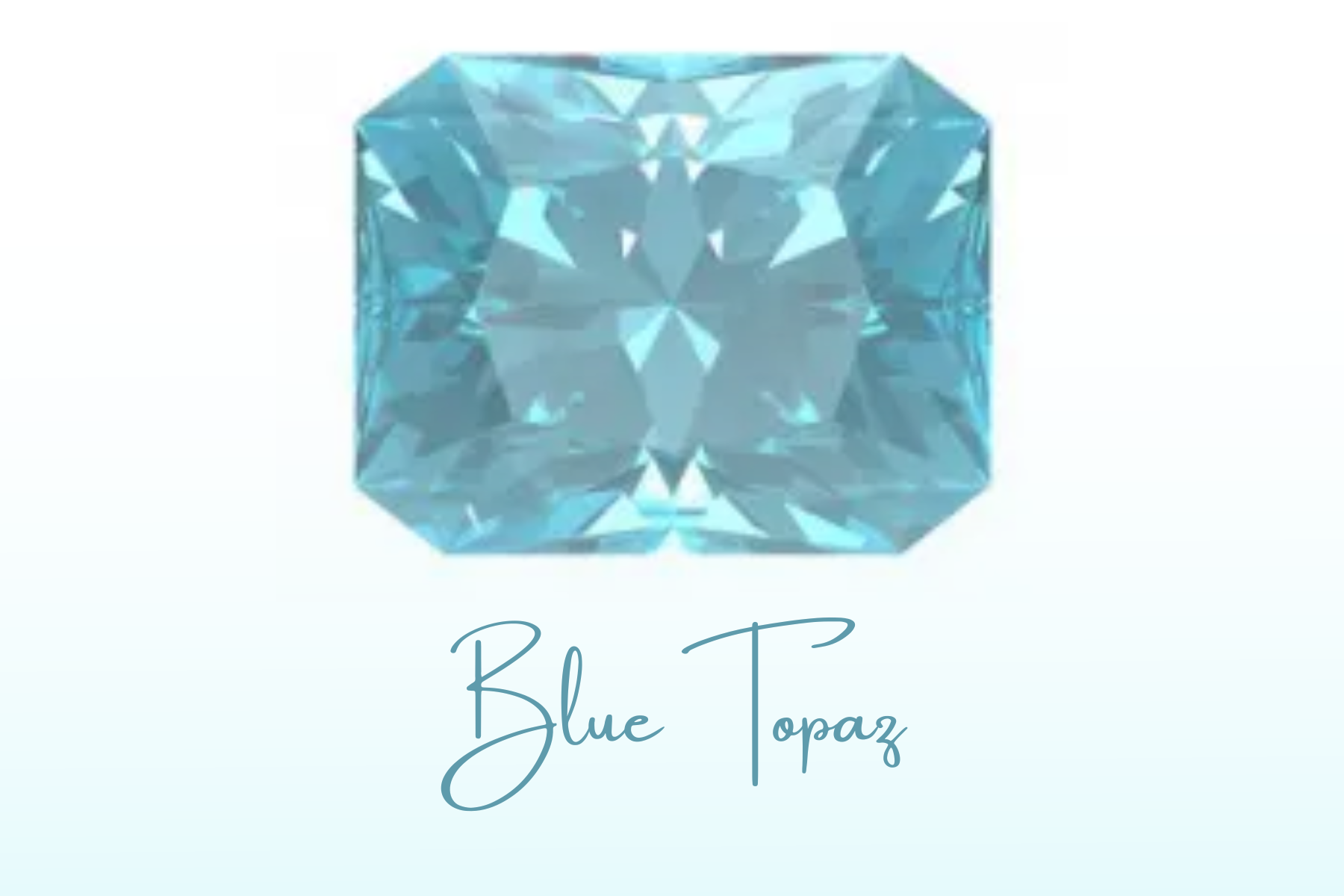 The gem known as the Topaz is classified as the December birthstone.

It is also one of the most popular colors of topaz, blue.

Blue Topaz is a symbol of honesty, deep emotional attachment, and clarity of feelings.

Blue topaz is the most popular color of topaz.

The blue topaz is a stone that is associated with true love, which is clear-sighted, trust, relationships, and communication.

It is also said to represent loyalty and righteousness.

People believe that if you wear a blue topaz birthstone, you will be able to be happy in life, be contented in your relationship, and you'll feel safe. 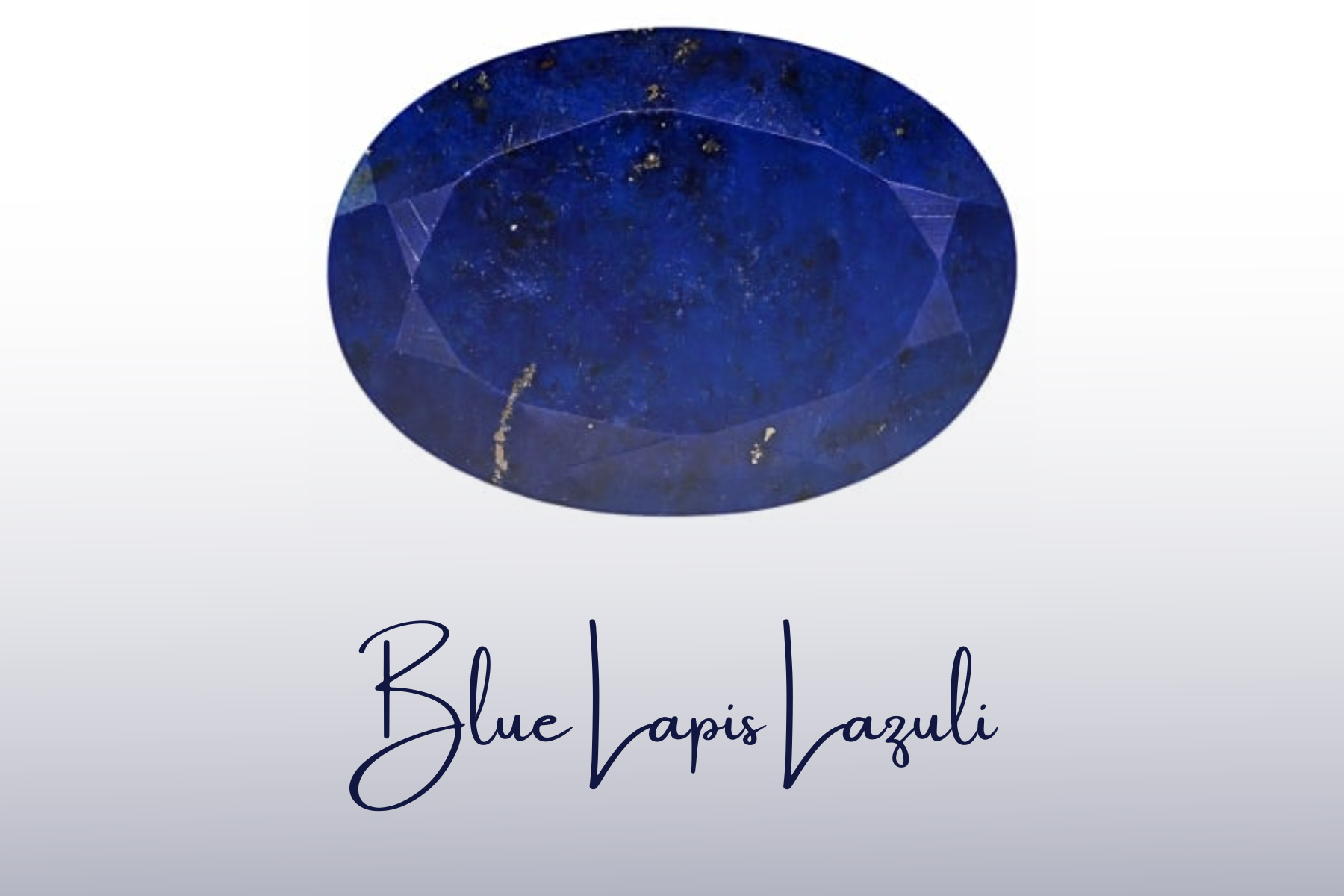 The gem known as the lapis lazuli is also classified as the September birthstone.

The benefits of lapis lazuli are made up of a powerful and intense blue stone known for its ability to give enlightenment and open minds.

It is worn with the intention of promoting qualities such as self-awareness, self-confidence, self-knowledge, peace and harmony, compassion, and morality, as well as maintaining a positive attitude throughout the day.

There are numerous positive health effects linked with lapis lazuli.

It strengthens the immune system, brings down blood pressure, cleans the blood, and calms any inflammation that may be present in the body.

It is also said that if you wear this, it is ready to help relieve symptoms of depression, insomnia, and problems related to the thyroid and throat.

Both the nervous system and the respiratory system benefit from this. 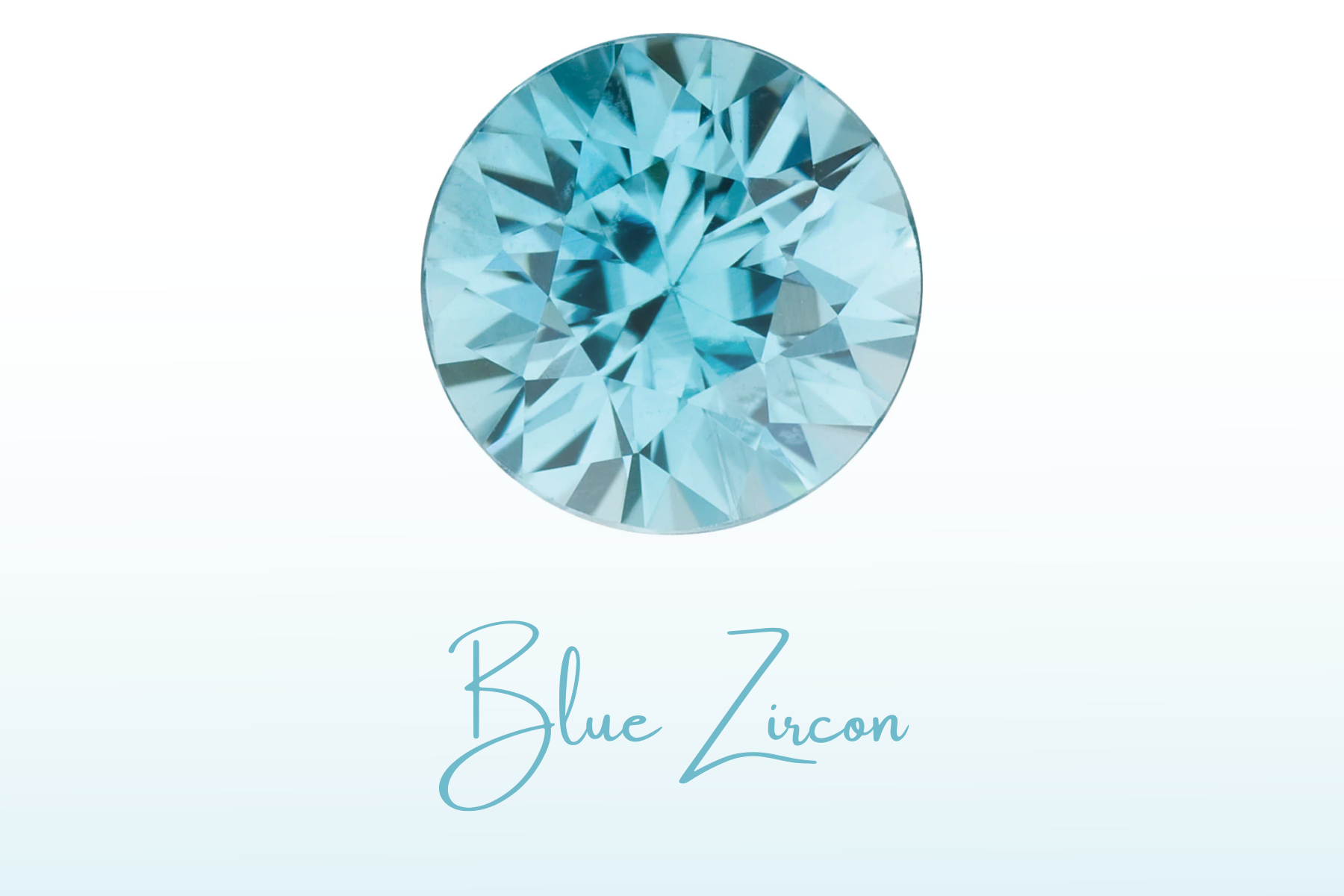 A round sky blue zircon gemstone

The gem known as the zircon is the alternative December birthstone.

Zircon is known for being a grounding stone that inspires and motivates as well as gives guidance when it is required, which ultimately helps one achieve their goals.

The blue zircon birthstone is thought to be beneficial to people who work in creative fields such as painting, writing, and music.

Blue zircon stone has been known for its powerful healing properties since ancient times.

It was also thought to bring prosperity and honor to whoever held it.

And now, it is thought to help in bringing visions and dreams to reality, whatever your dream it will become reality and you are the one who's going to make it happen.

Blue zircon was popular during the Victorian era.

Also, zircon is the only gemstone that can compete with the brilliance of a diamond.

It is without a doubt the most brilliant gemstone available. 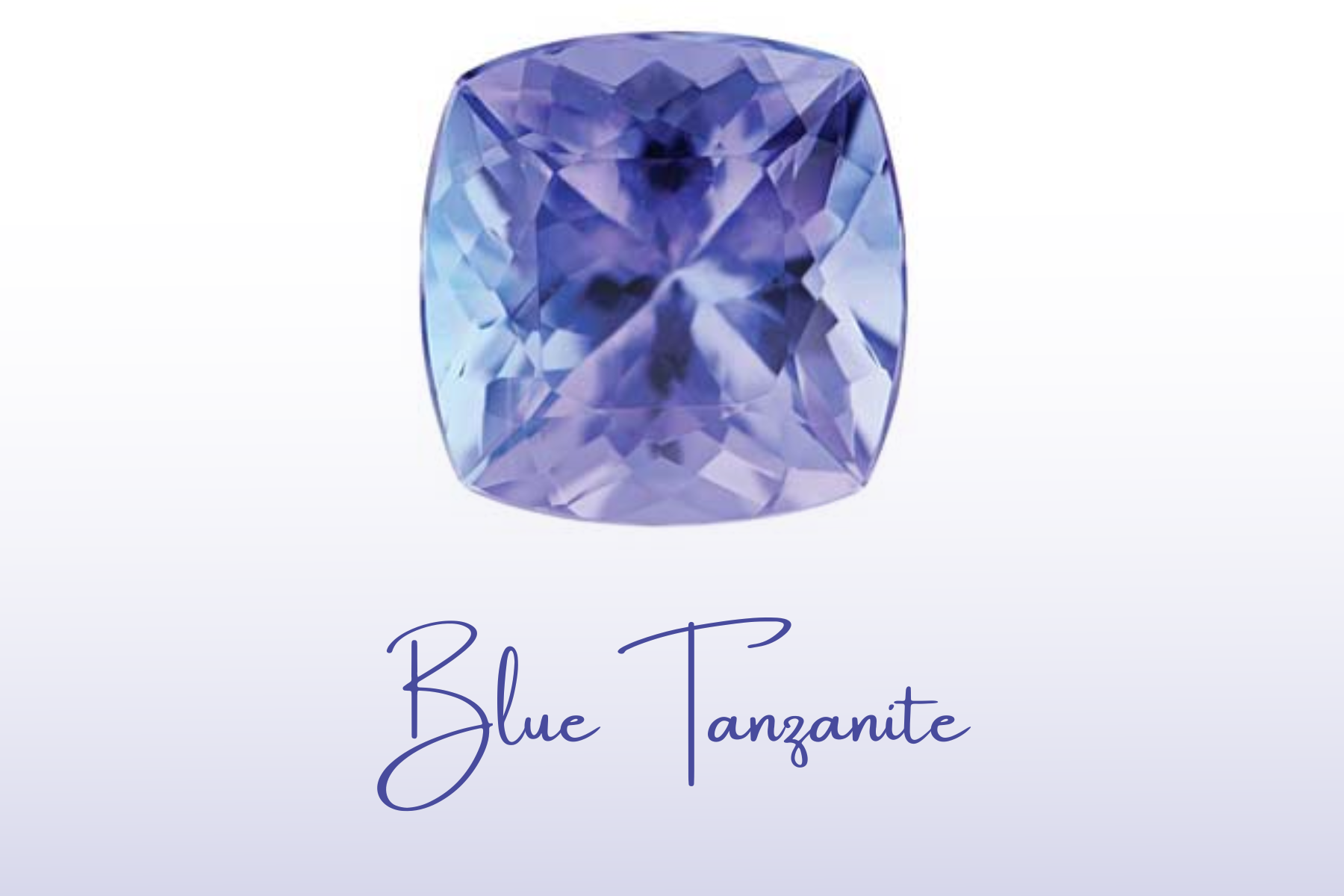 The color of the tanzanite birthstone, which can range from a pure rich blue to violet, is considered to be the most valuable of the two colors.

This is the primary reason why the tanzanite birthstone is frequently referred to as having a "velvety" appearance.

It is a widespread belief that tanzanite can enable a higher state of consciousness as well as stimulate intelligence and perceptual abilities.

Some people believe cleanse themselves of toxins, improves their overall vitality.

It is said to be an effective stone to wear or keep close in circumstances in which a reassuring and comforting presence is required.

What Is Aquamarine - Gemstone Facts and Information

Aquamarine, named after the color of seawater, is a blue to s blue-green member of the beryl family.

The March birthstone is widely available and reasonably priced, and it makes an excellent jewelry stone.

Aquamarine is derived from the Latin word for "seawater," and the stones were thought to protect seafarers.

Is Blue Topaz And Blue Sapphire The Same?

Because of their breathtaking blue color and exceptional brilliance, blue sapphires have made a name for themselves in the jewelry industry.

Topaz, on the other hand, can be found in a wide assortment of colors, some of which are yellow, pink, orange, and green.

In particular, blue topaz can be found in nature only very rarely.

Are Blue Topaz And Blue Zircon The Same?

Topaz or zircon are both types of blue gemstones.

Which one is more expensive?

When compared to blue topaz in terms of price, blue zircon is typically more expensive.

Topaz is a naturally occurring mineral that can be found in a number of different colors; however, in comparison to zircon, it does not come nearly as close to imitating the luster and fire of a diamond.

What Happens When You Wear Your Birthstone?

There is a common belief that birthstones have therapeutic qualities.

It is possible that wearing them will help in releasing blockages in the physical, mental, and spiritual stages of the process.

People believe that these supernatural gemstones have the ability to focus the healing energy of the planet on your body simply by coming into contact with them.

As a result, you will feel more at ease and in control of the situation.

Have you made a choice regarding your blue birthstone yet?

Even though there is no clear indication of their functionality and benefits, you can rest assured that their stunningly brilliant colors will inspire confidence in you!