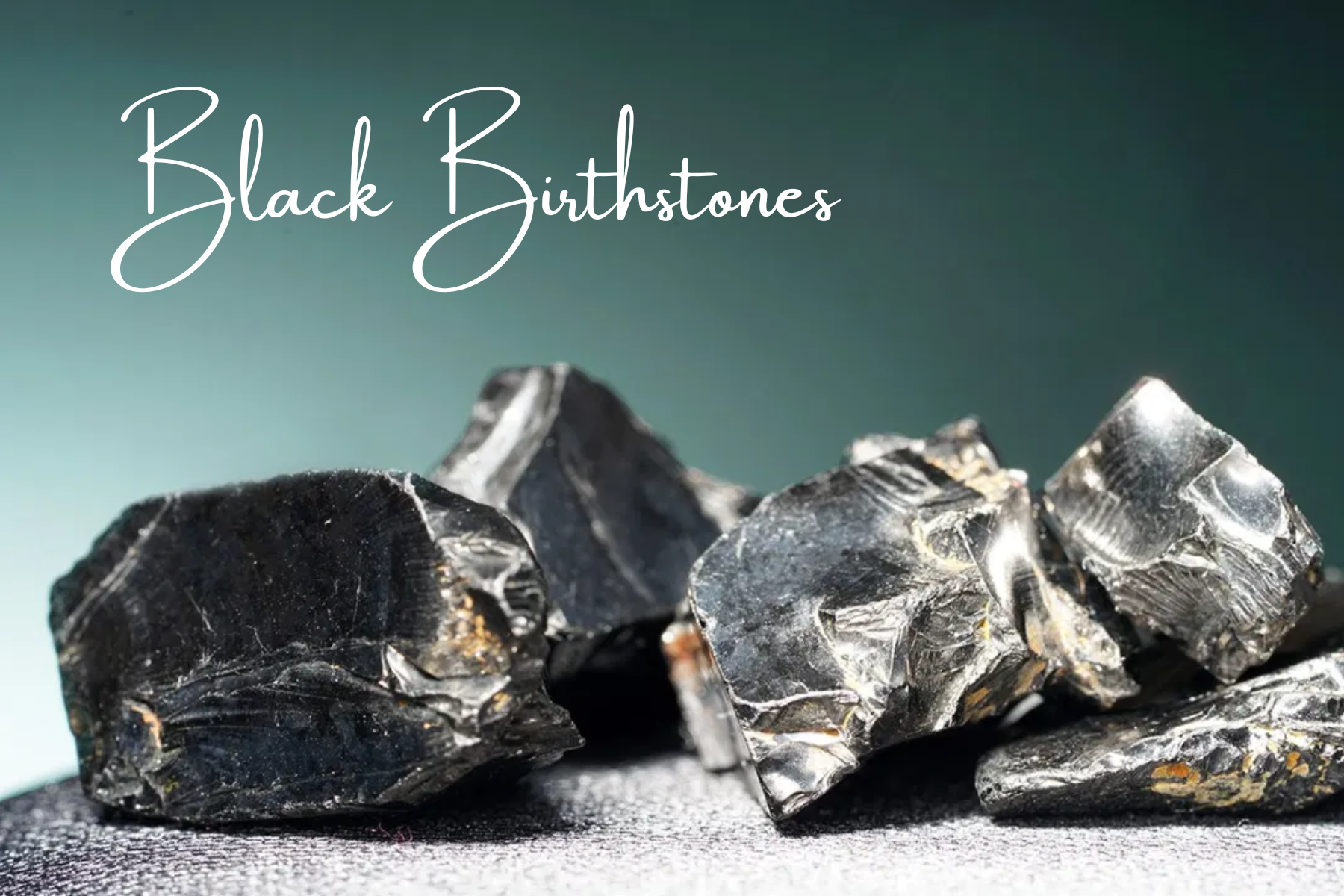 When it comes to the color black, there are a lot of different ways to recognize it.

The color black expresses an air of elegance, culture, and sincerity.

Black is often linked with power, luxury, and elegance; however, it can also stand for professionalism, neutrality, and straightforwardness.

It's daring, powerful, and usually known to evoke a sense of mystery.

The color black can also be used to symbolize a sense of loss or sadness depending on the circumstance and the culture.

People believe that having black birthstones will give them these interpretations and cause these things to happen to them.

Several world religions and ancient civilizations have either made reference to black gemstones or held the belief that they are sacred.

As per the mythology of Christianity, the color black is representative of grief that will eventually be replaced by joy due to the resurrection of Christ.

The Meccan black stone is respected throughout Islam as a holy relic.

The earliest known engravings of zodiac signs were found on the dark-colored, ancient Assyrian pillars.

What Is Black Stone Good For?

The attraction of black stones lies in their capacity to boost the root chakra, to be worn as an amulet for protection because they are able to take in and remove toxic emotions and energies, and to help us in overcoming our nervousness of the darkness as we travel through it.

Using onyx stone will not only clear your mind of distracting and unhelpful thoughts but will also help you become more mentally focused.

It is also said that wearing black onyx can help a person become more focused and devoted, as well as boost their confidence and make them feel less stressed.

Onyx gets its dark color from gaseous cavities that form in volcanic lava. 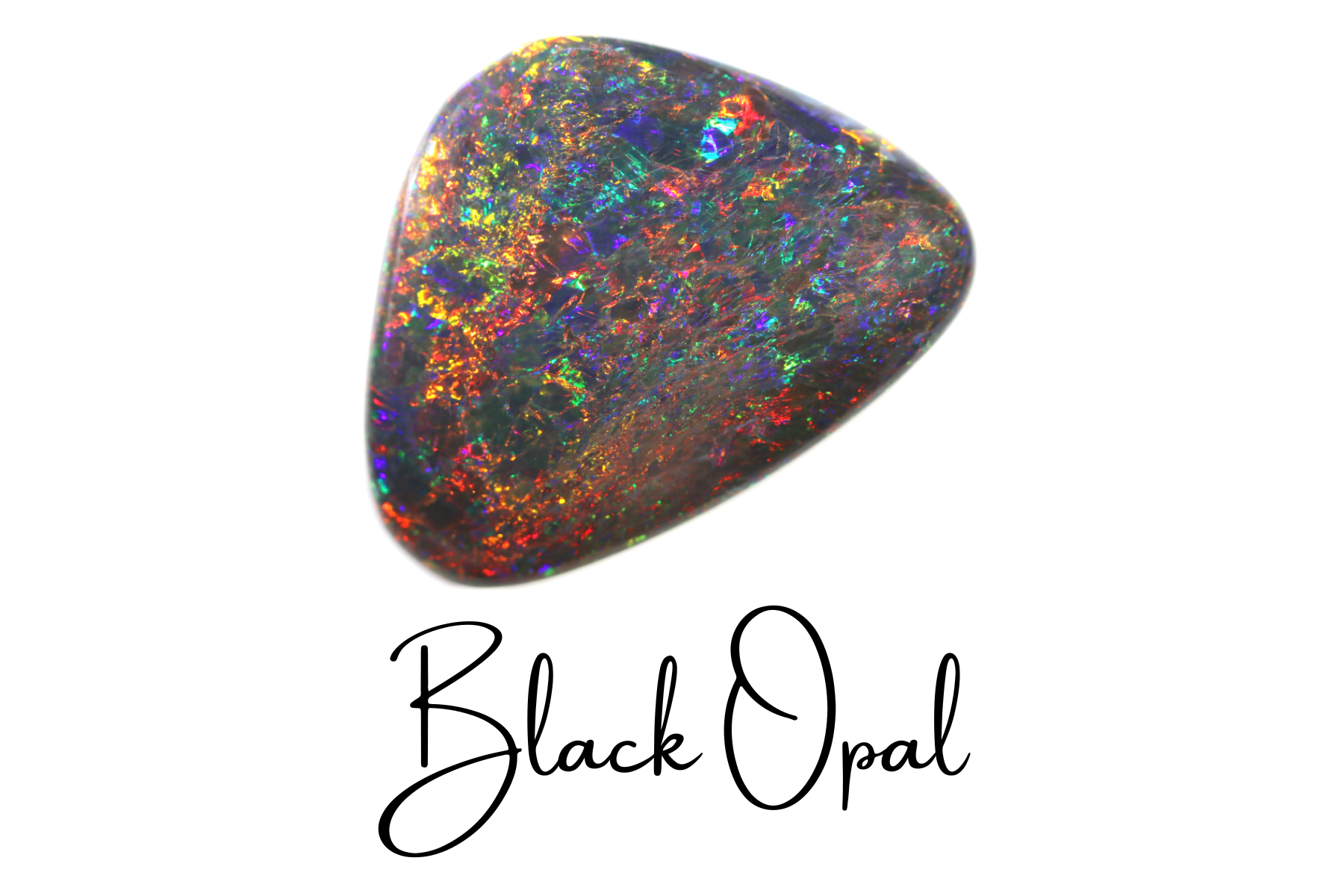 Black opal with a number of different of glitter colors

Stone of the month for October is those whose birthdays fall in October get to celebrate their special day with not one, but two magnificent birthstones but opal is the most used stone.

There is a place for any gemstone or crystal in the process of spiritual healing and enlightenment; however, black opals offer benefits that are unique even to themselves.

The properties of black opal are healing and cleansing, and they can offer purification to both the body and the soul.

Opal is a stone that is traditionally given as a birthstone.

It is believed that wearing opal will give the wearer a greater sense of self-assurance, authority, and the ability to be the master. 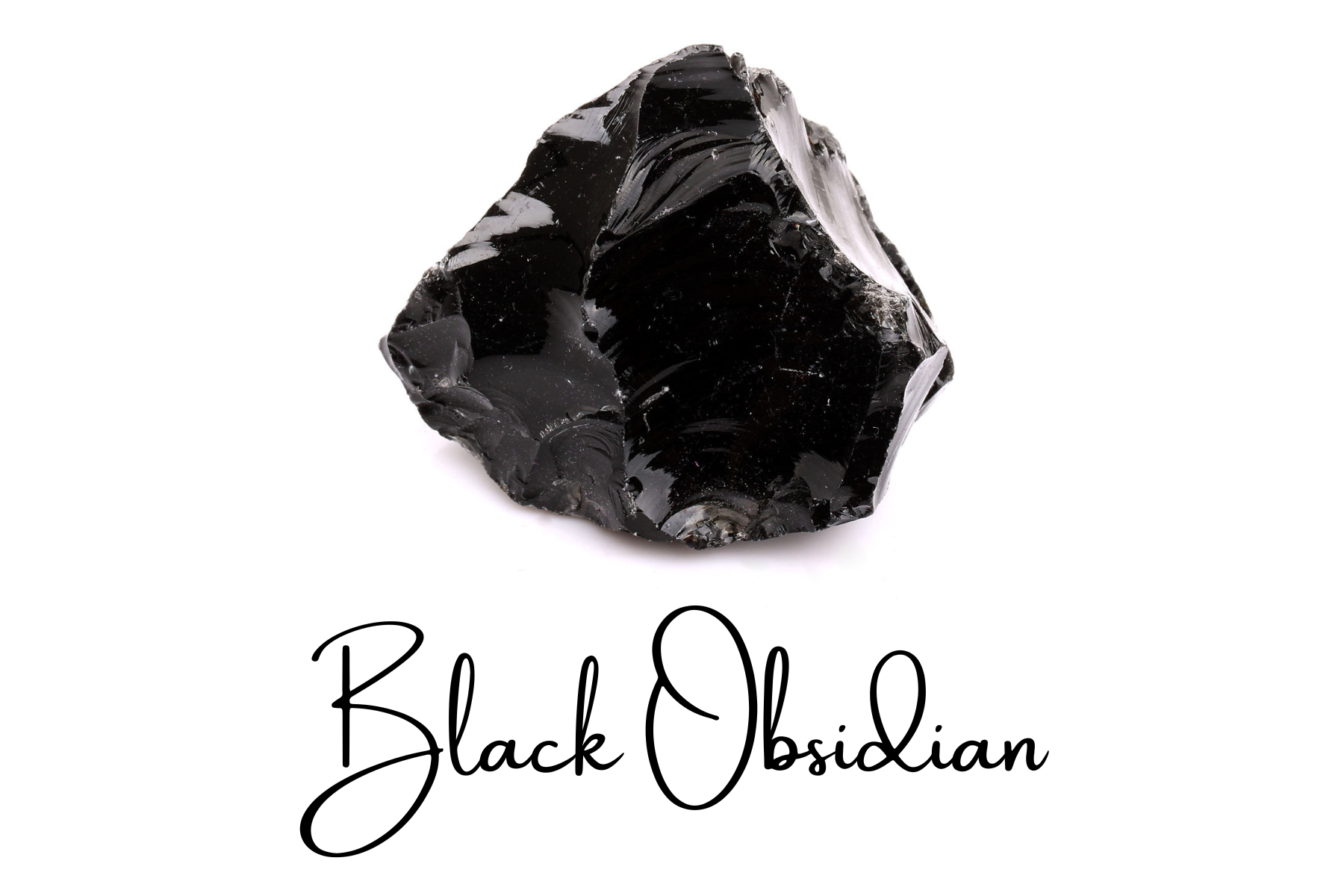 Black obsidian on a form of rock

The gemstone linked with Sagittarius is the obsidian.

The most common color for obsidian is black, but it also occurs in shades of green, brown, and beige.

It is possible for obsidian to appear orange, yellow, blue, or red depending on whether or not it contains inclusions or other elements.

It is a powerful stone that can help to cleanse and protect the aura, and black obsidian is one of those stones.

Additionally, it is said to help in attracting love as well as abundance.

Black obsidian can be worn by anyone but it is especially suggested for those who are prone to negative thinking or are going through challenging times in their lives. 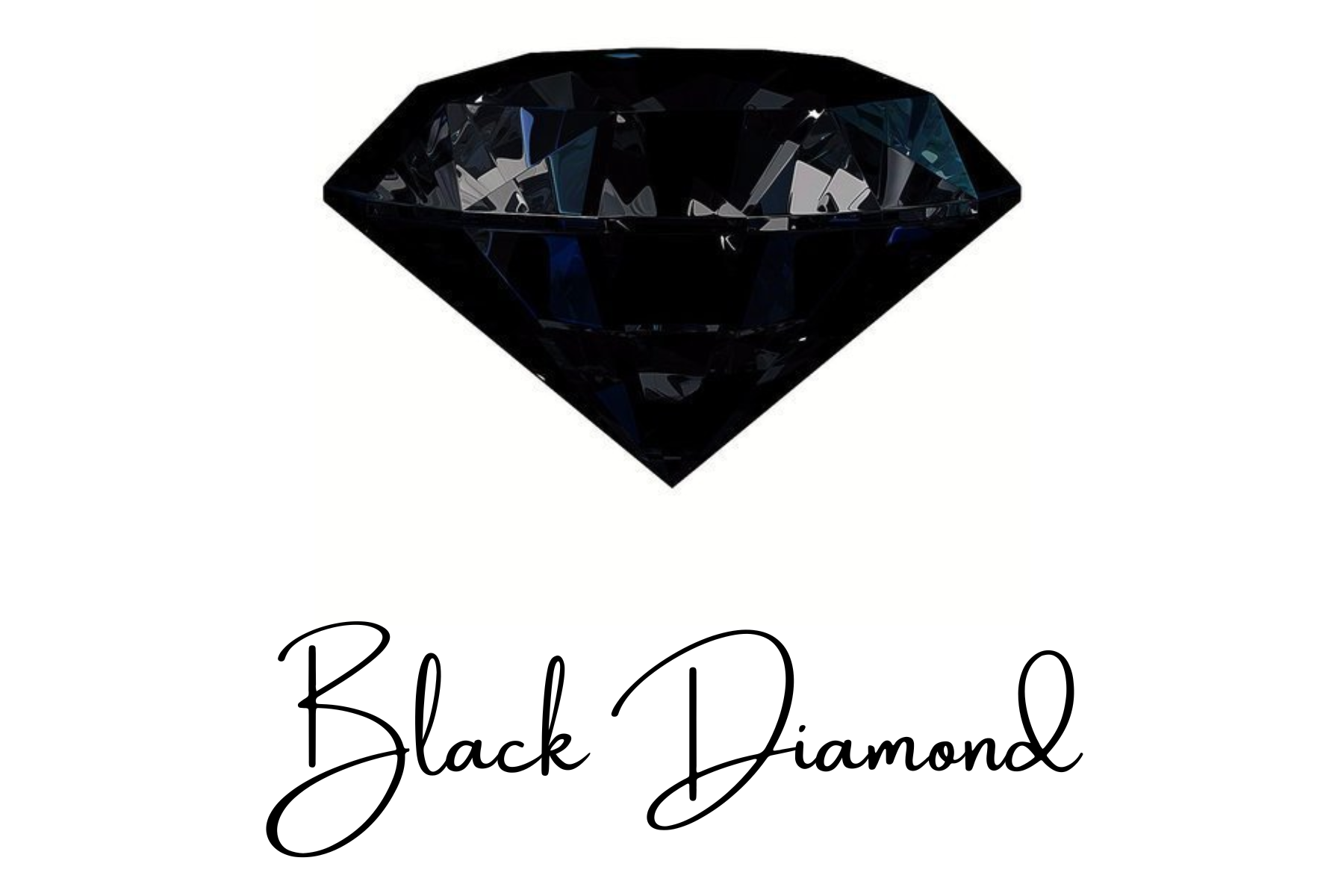 Diamonds of any color, including black, are considered to be the April birthstone.

It was believed that diamonds, just like other precious stones, consumed natural healing qualities.

The energy of a diamond is extraordinarily potent and has the ability to boost the energy of other nearby objects.

In the same way that many other types of black crystals can be used for protection, black diamonds can also be used to absorb and deflect negative energy.

In addition, black diamonds radiate grounding energy that can be harnessed to bring the root chakra back into alignment.

Even though black diamonds are no longer thought of as being "cursed," they continue to have a benefit that separates them from more conventional white or fancy colored diamonds. 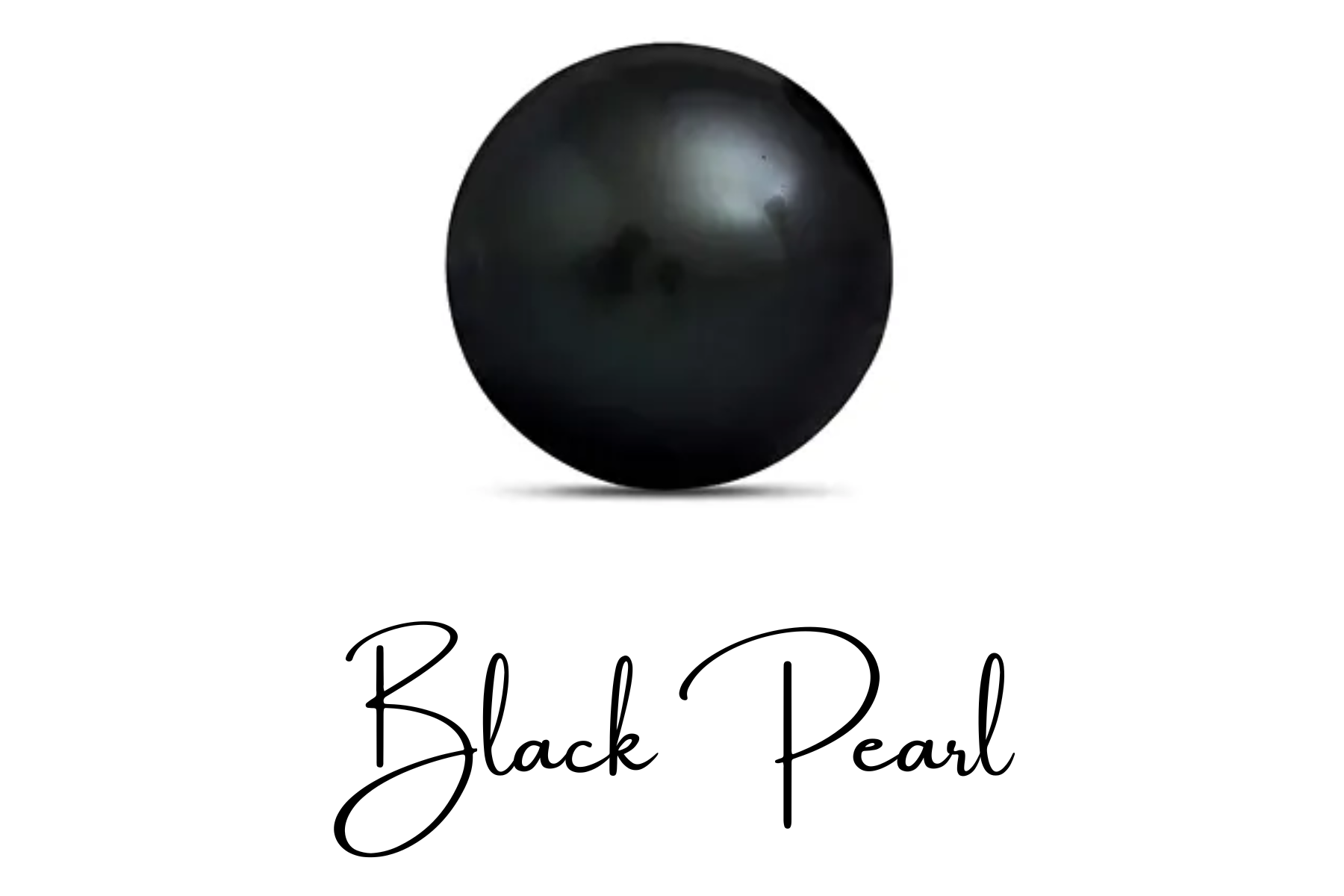 Black Tahitian pearls are a breathtaking alternative to the more conventional white pearls that are associated with being the June birthstone.

These pearls have stunning overtones of green blue, gray, gold, and rose.

It is said that owning a black pearl will bring you an abundance of wealth, luck, and prosperity.

It is common for women to start using them around the time of menopause because it is believed that they can help control the mood swings that are caused by hormone imbalances.

Black pearl is a powerful natural moisturizer that contains antioxidant boosters and proteins that firm the skin and protect against the signs of aging.

Because it contains potent amino acids, black pearl not only fortifies the skin but also reduces the appearance of wrinkles and fine lines and improves its ability to hold water.

Which of the multiple dark gemstones is the most valuable?

As a result of its high value, which is reflected in prices that are over $10,000 per carat, black opal is among the most expensive black gemstones in the world.

Black opals are extremely uncommon, and the only place in the world where they can be found to form naturally is in Australia.

Where Is Black Quartz Found?

It can be found in the mountain areas of Tibet and Nepal known as the Himalayas.

An extensive number of Black Tibetan Quartz in Metaphysical and Healing Practices Tibetan Quartz now has a seven on the Mohs scale due to its structure of silicon dioxide.

Why Do People Wear Black Stone In Rings?

Black stone rings are traditionally worn during the period of mourning that follows the death of a close friend or family member.

Black clothing, on the other hand, can be an expression of one's strength, power, love, and elegance when worn by someone who genuinely loves the color black.

In Which Finger We Should Wear Black Stone?

The response to this question is entirely dependent on the choices that you have regarding your own personal style.

However, we advise wearing your black stone ring on either your index or middle finger so that it can be shown off to its best advantage.

This is primarily due to the fact that large-sized black stone rings are not uncommon to come across.

The majority of black stones are difficult to tell apart from one another but with the help of the pictures that have been provided above, you can now choose the best one for you.