Birthday Gemstones - What Gemstones Are Associated With Your Birthday 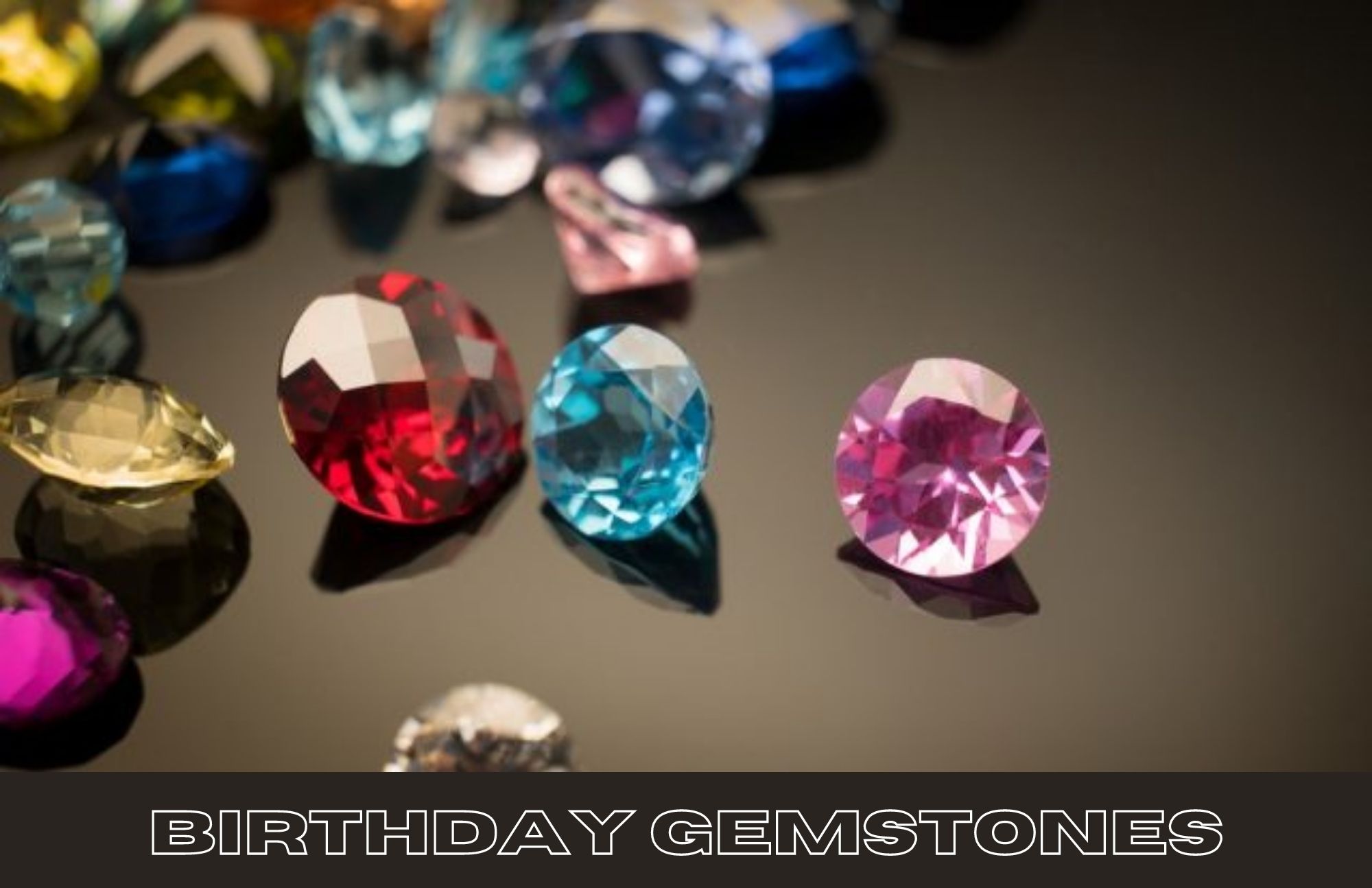 Who knew that there are gemstones that are best suited for each month of the year? They are calling it "birthday gemstones". If you are interested in knowing what gemstone is right for your birthday, I will reveal it to you. Every month, we will be identifying the birthstones associated with that month's birthday.

Birthstones and their bright colors have been used for a long time to attach your birth month with unique and rare gemstones that are not found anywhere else. They are a special gift for mom, a friend, partner, or family member on a special day. 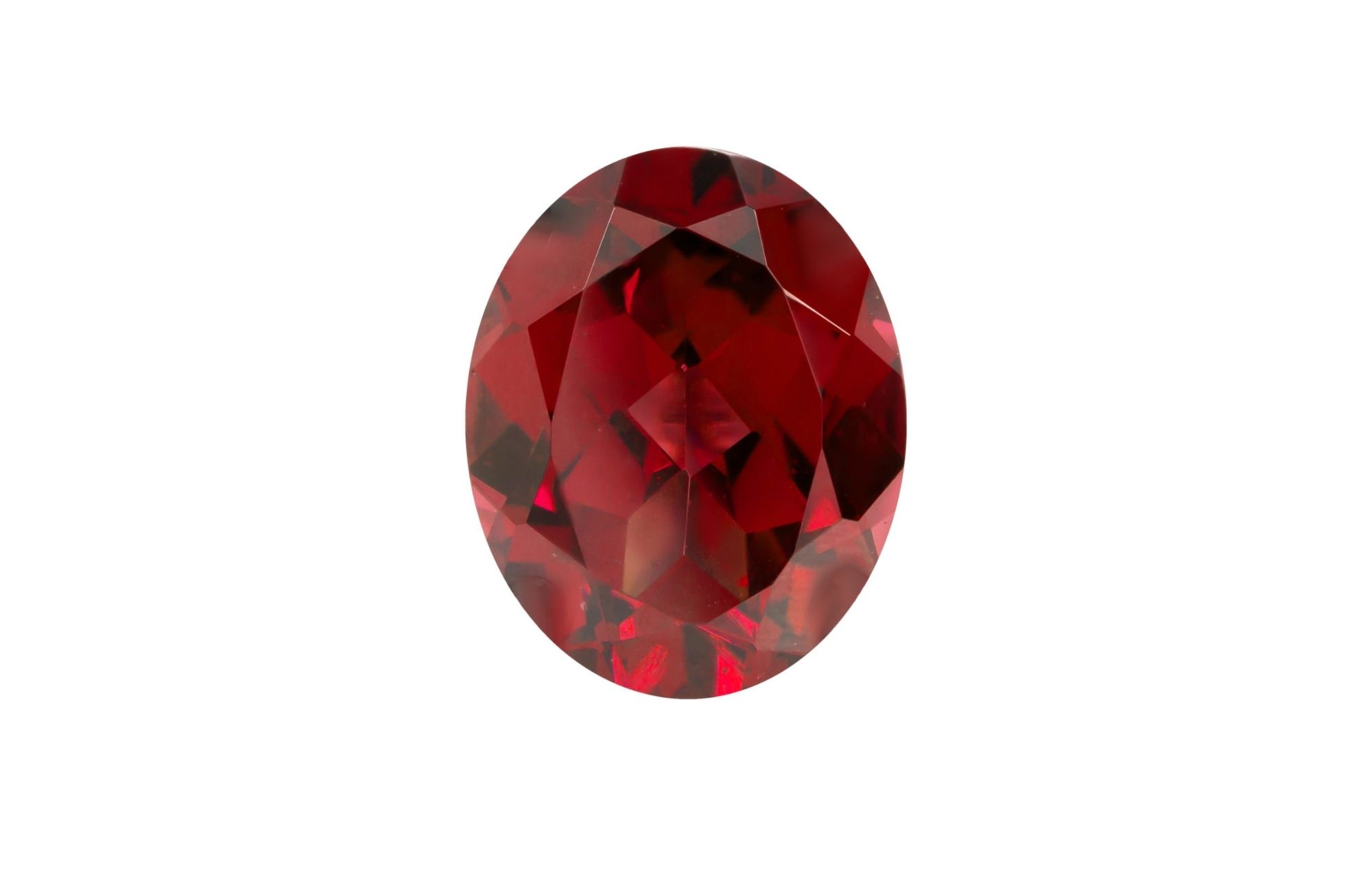 The dark red garnet gem on a white background

Garnet: It is the birthstone for people who were born in January. Garnet is a word that comes from the 14th century, when "gernet" meant a red color that was very dark.

The January birthstone, garnet, is surrounded by folklore and was known for its vibrant dark red color. This beautiful gem’s name references the bright red pomegranate fruit, although it actually comes in a diverse range of colors.

The name "garnet" comes from the Latin word "granatus," which means "pomegranate," because of the red color. They have been used as gems and abrasives since the Bronze Age. Necklaces with red garnets were worn by the pharaohs of ancient Egypt, and they looked great. Signet rings in ancient Rome had garnet intaglios that were used to stamp the wax that was used to keep important documents safe. This is how it worked back then: People who were rich or clergy liked to wear red garnets. For a long time, garnet was thought of as a symbol of love and friendship, as well as a way to protect and heal.

Do you believe it can bring you love, protection, and healing on your January birthday? If that's the case, go use it! 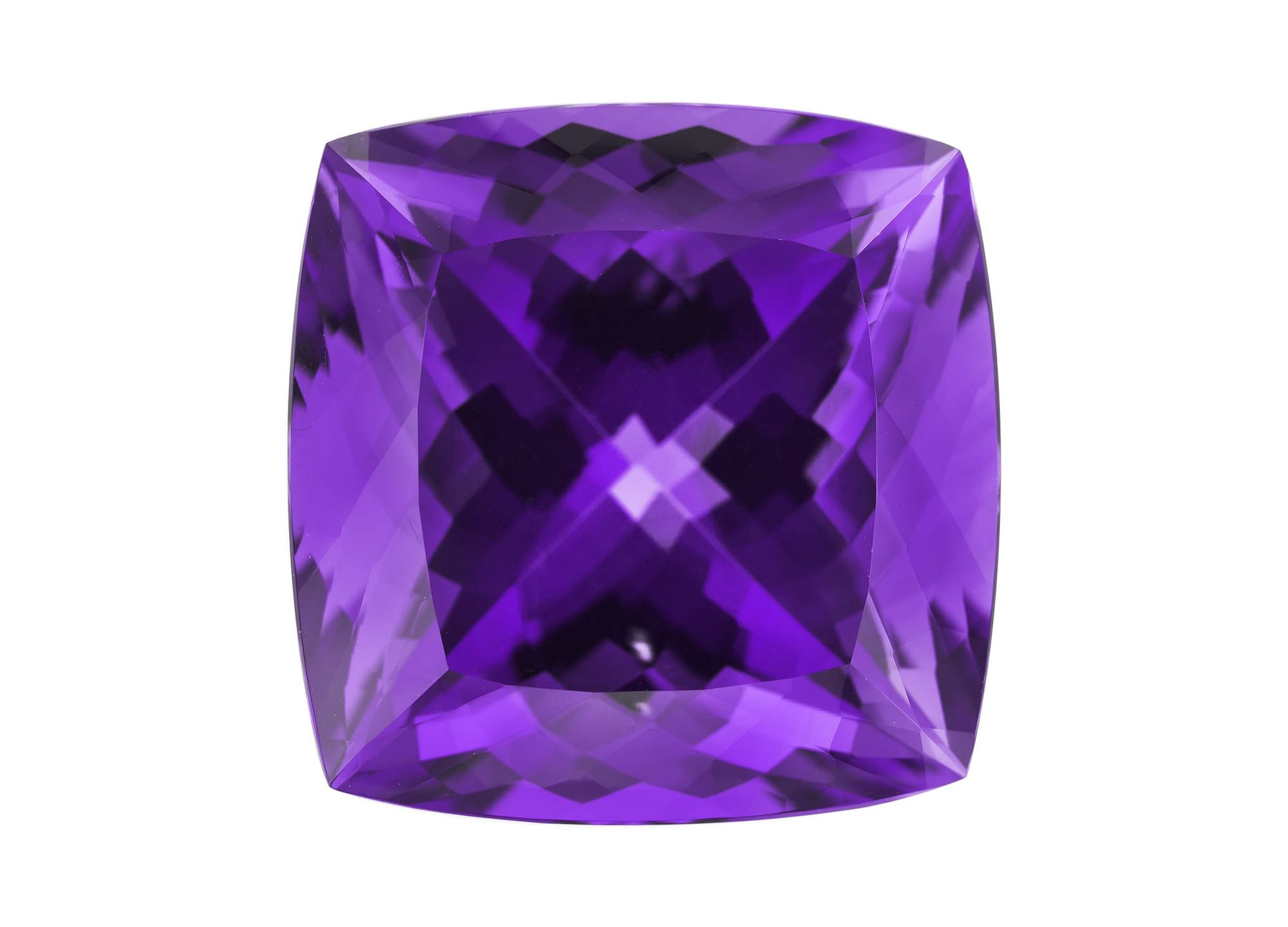 Purple Amethyst on a white background

Amethyst: People all over the world can find amethyst, which is purple quartz. It is a beautiful mix of violet and red. The name comes from Ancient Greece, and it comes from the word methustos, which means "drunk." Ancient people thought the gemstone could keep them from getting drunk. Why? The word "amethyst" comes from the Greek word amethystos, which means "not drunk" or "a cure for drunkenness." A person could drink all night and stay sober if they had an amethyst on them.

If you believe this statement and enjoy drinking alcohol, you should try this gemstone! 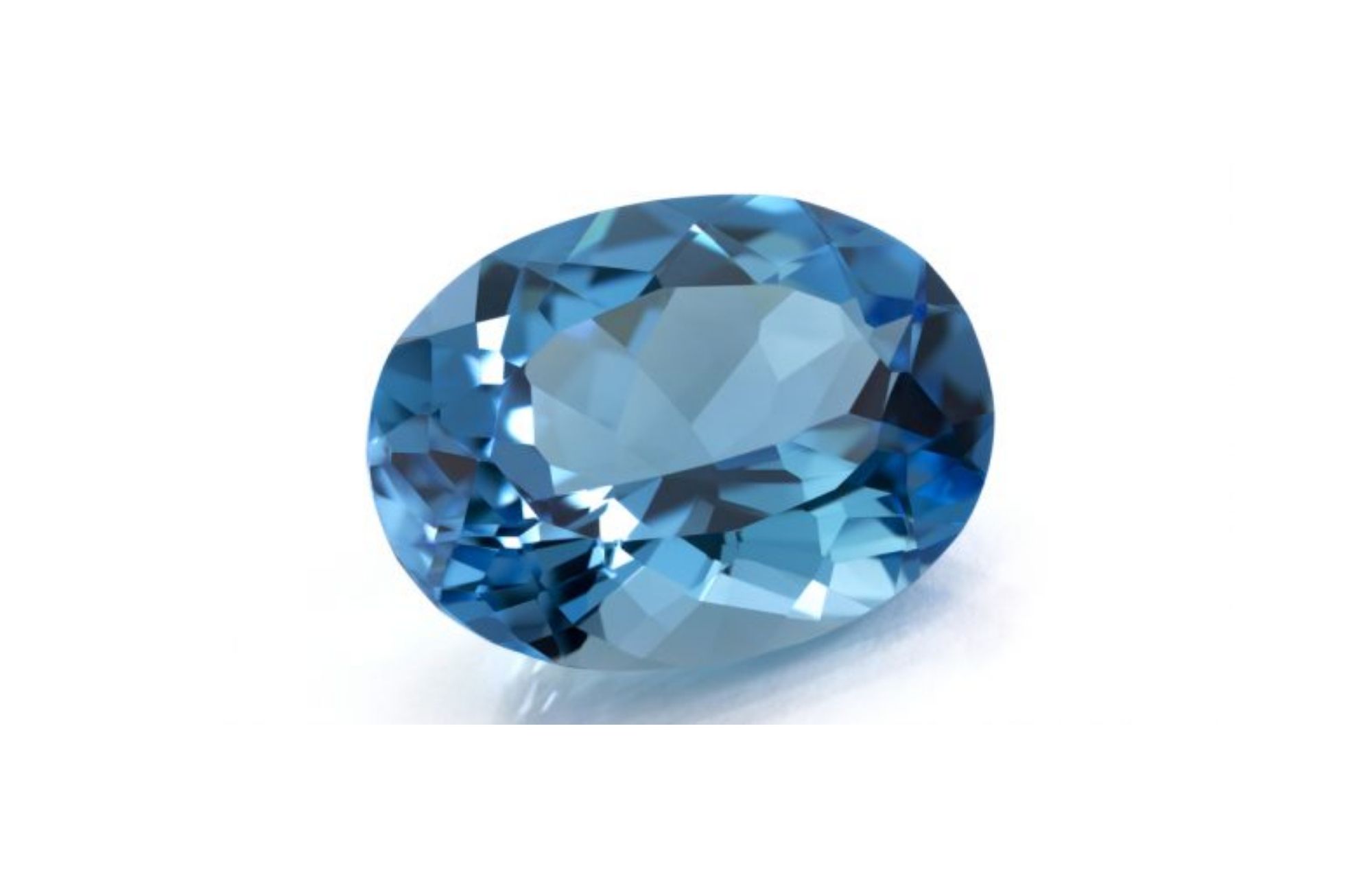 The smooth blue aquamarine on a white background

Aquamarine: It is the birthstone for people born in March who are born. Aquamarine is a word made up of two words: aqua, which means water, and marina, which means the sea, so it's called aquamarine. Because the gem is named after the beautiful blue sea, that's why. They used this gem to bring happiness on the seas and make sure they had a safe trip.

Aquamarine is a word that comes from the Latin words aqua, which means "water," and marina, which means "of the sea," so it means "water." It's said that Roman fishermen thought aquamarine would protect sailors and people who were on the water. It was also thought that it would help you catch fish.

If you believe this statement and love catching fish, you should try this gemstone! 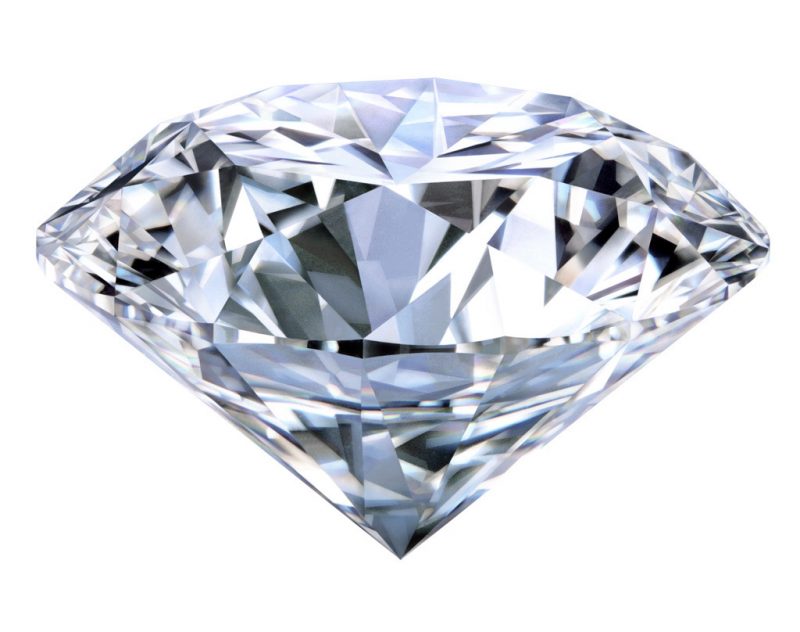 Shiny round cut diamond on a white background

Diamond: In contrast to being mostly colorless, diamonds come in a wide range of color. They can be light and pale or dark and vivid. The more saturated the color is, the more valuable the stone. The Blue Hope Diamond, which was once owned by the kings of France and is now in the Smithsonian, is one of the most well-known. A diamond is a symbol of eternal love. It was also thought that it could protect against poison.

If you believe this statement and want to avoid poison, you should try this gemstone! 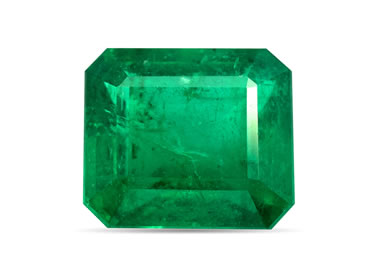 Emerald: The birthstone for people born in May is emerald, which is a dark green color. People use the word emerald because it comes from the Greek word smaragdus, which means green. A beryl called an emerald is a green color because of the impurities that make up the beryl. Aquamarine is another type of beryl. Like aquamarine, emeralds are made of the mineral beryl, and both are forms of the stone. It was common for chemists to sell ground up emeralds in the 1700s because they could help people who were hurt to feel better.

Many people who have a May birthday and believe in this statement should try it to relieve the pain they are experiencing on their birthday! 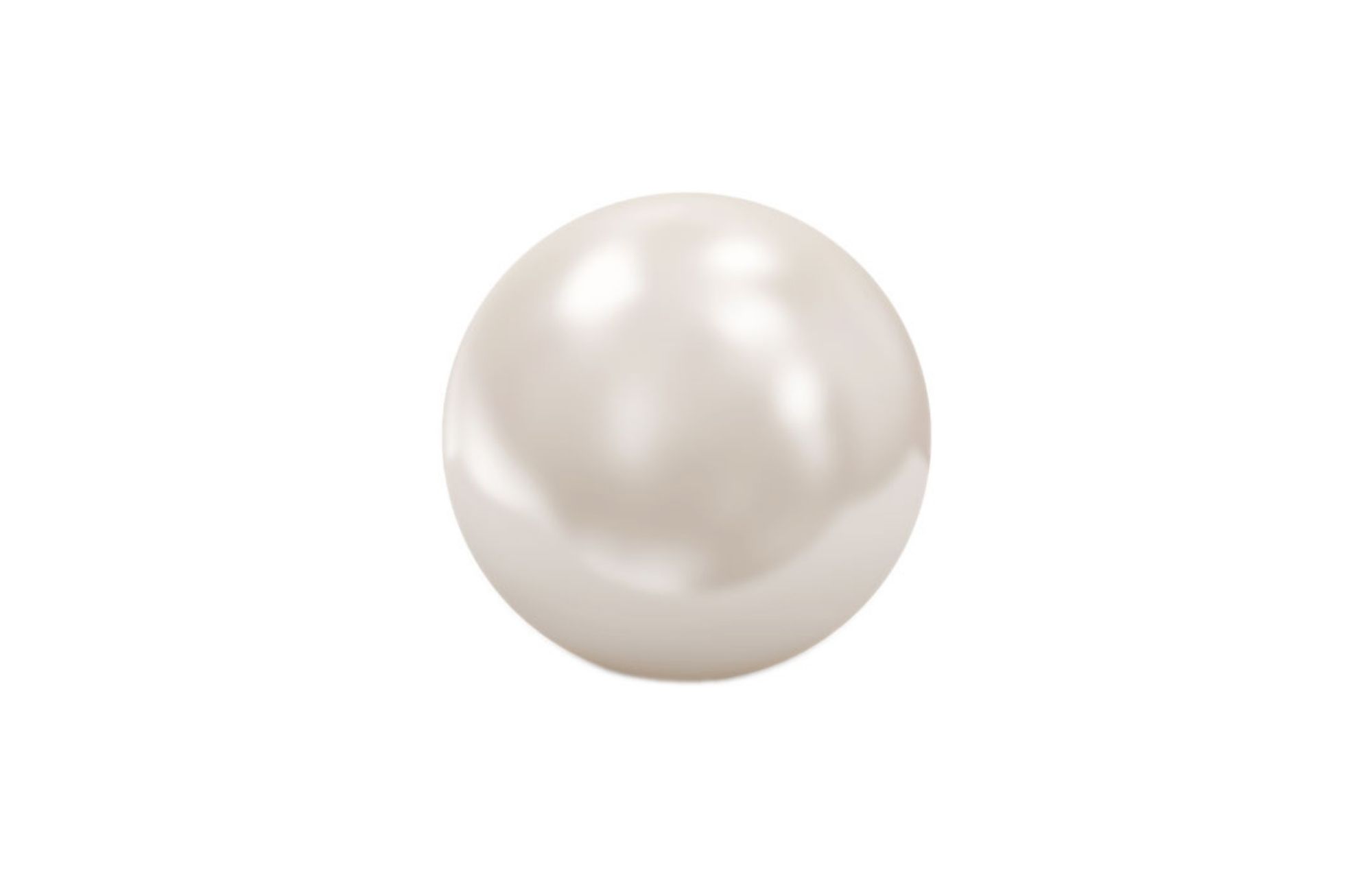 Round clear Pearl on a white background

Pearl: If you were born in the month of June, pearls are perfect for you. There are two words for pearl: one is French and the other is English. This refers to the shape of the legs of a shell from a mollusk. You'll find pearls in different types of colors, from creamy white to black to pink, yellow, brown, green, purple, blue, silver, and black. They are creating beautiful pearl necklaces because they look more elegant when pearls are used.

Don't be afraid to try it if you want to look more elegant on your birthday in June! 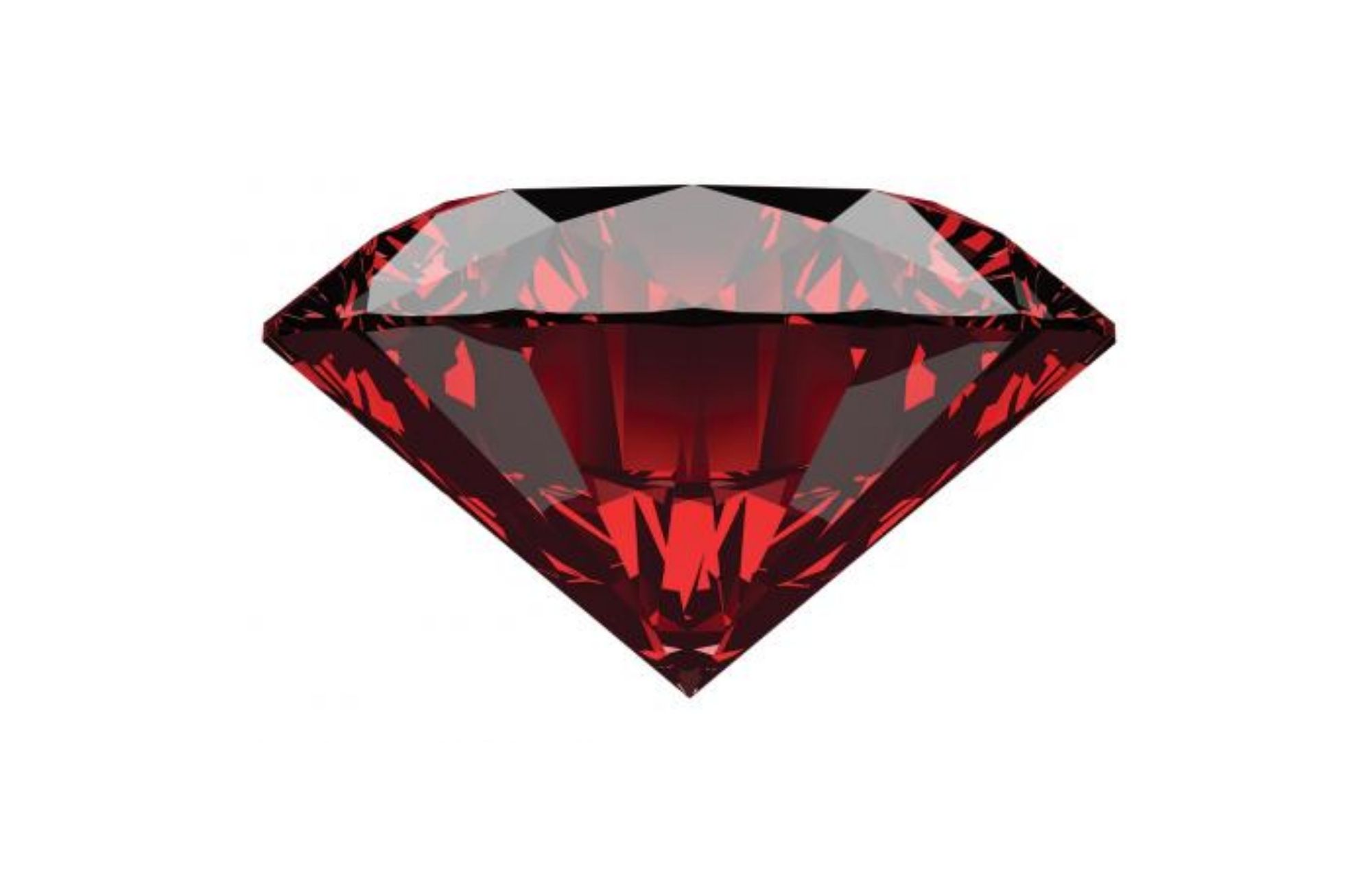 Ruby: Ruby is your birthstone if you were born in July. Ruby is a type of corundum that is then made into a red color by adding chromium to it. One of the other types of corundum is sapphire because of the impurities in the mineral. There is a Latin word for red called rubeus. Ruby's name is based on this word. When people wore rubies, they thought they would keep them safe from bad things, even if they were in the form of a necklace or ring. People call one of the world's biggest rubies "Peace" because it was found right after World War I came to an end in 1919.

If you are wishing for peace on your birthday in July, and you believe that this can help you, you can use it! 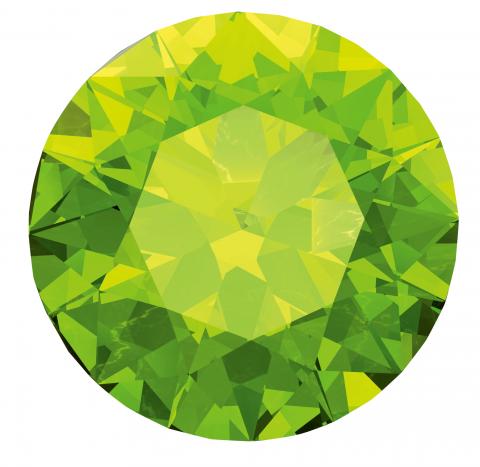 Green Round Peridot on a white background

Peridot: If you were born in August, peridot is your birthday stone. This gemstone has a bright green glow and may be named after the Arabic word for gem, faridat. It may also be named after the Greek word for "giving a lot." Peridot, which is the bright green color of nature, is linked to harmony, good health, restful sleep, and peace. Known as the stone of compassion, peridot soothes anger by giving new life to everything around it.

Do you think it can provide a good night's sleep? If that's the case, and you don't want to be tired before your birthday, go ahead and use it! 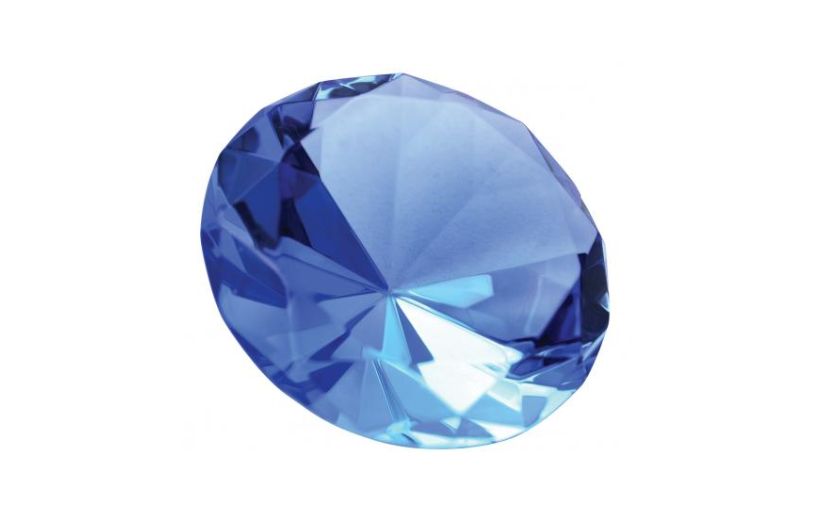 Sapphire: If you were born in September, your birthstone is the sapphire. Like a ruby, The Latin word sapphire means "blue stone." The name sapphire comes from this word. One of the benefits of sapphires is their hardness, registering a 9 on the Mohs hardness scale (diamond is a 10). If it is strong and sturdy, you don't have to worry about it getting scratched at all. It also means this gem is good for things that get a lot of use and wear. It is thought that sapphires can help with pain and stress, so they are often worn. 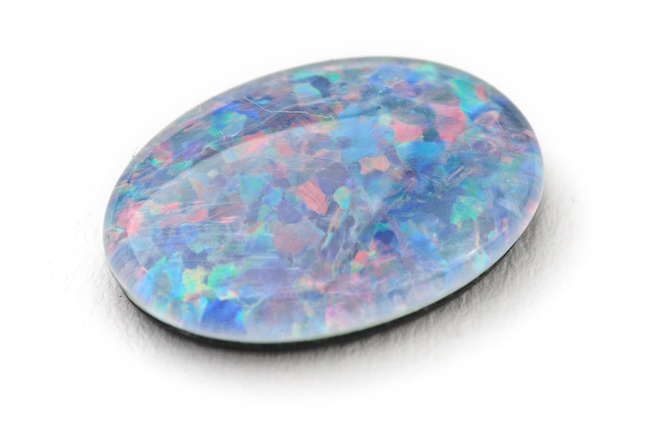 Opal gem with different colors inside on a white background

Opal: For people born in October, opal is their birthstone. In the Sinhalese language, the word for a mixed-colored stone is tura mali. To be honest, tourmaline isn't just one mineral. It's a group of minerals that have very different chemical compositions and different colors. A tourmaline is a mineral made of boron and silicate that can be found in igneous and metamorphic rocks. They thought that opals were the Creator's footprints on the Earth. Necklaces with opals set in them were worn in the past to keep bad things away and to keep your eyesight safe.

Do you have trust in it? And do you want to keep bad things away from your October birthday? Try out this gem! 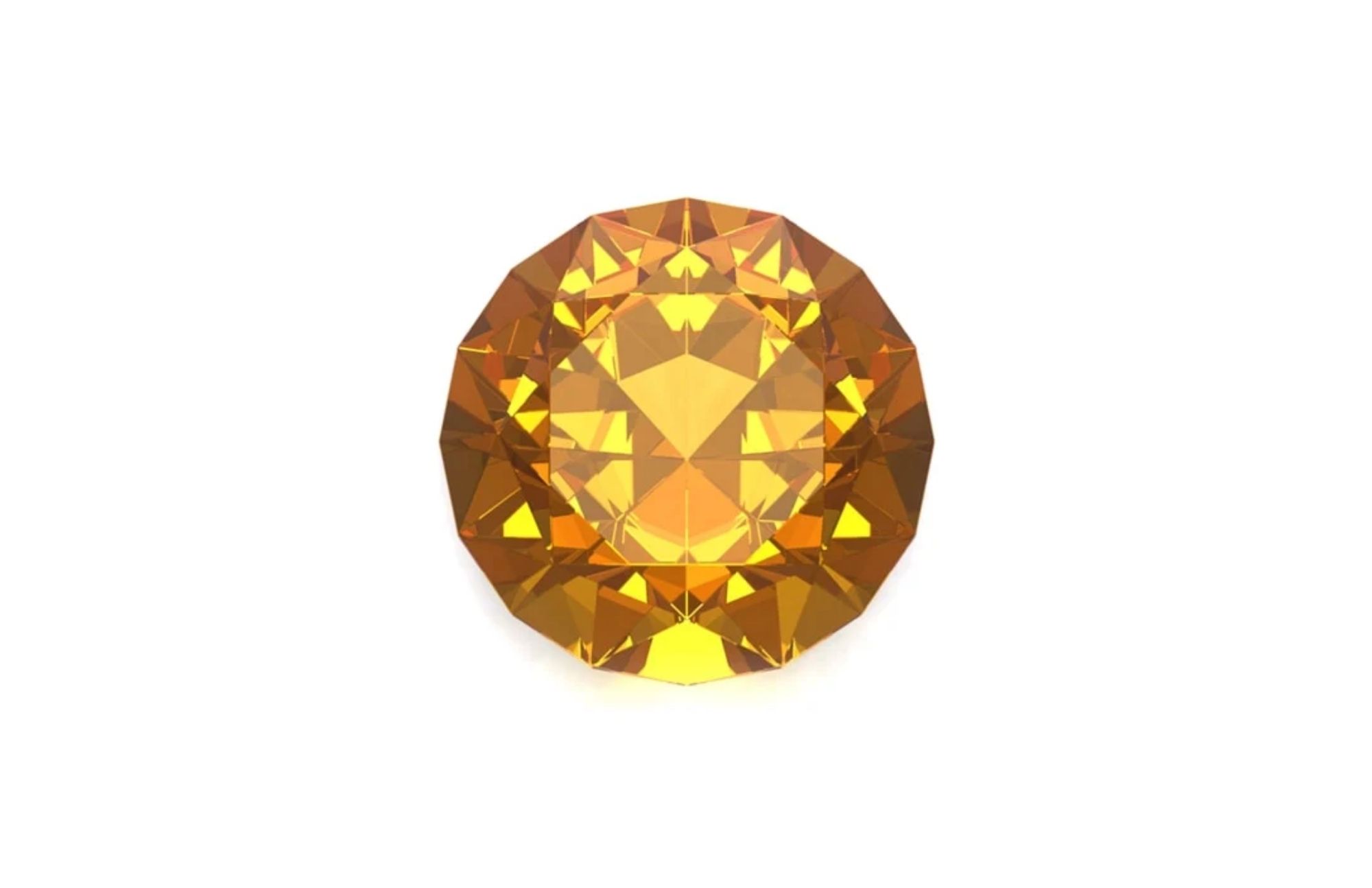 Topaz: This is the birthstone for the month of November. There are a lot of different shades of yellow in topaz, which is the most common type of November gemstone. The name topaz comes from the Greek word for St. John's Island, Topazios. Today, the name "topaz" refers to the mineral aluminum fluoro-hydroxy silicate, which is the hardest of all silicate minerals. Topaz used to be the name for any yellow gem. Igneous rocks and sometimes hydrothermal veins are where topaz is found; it can also be found in gemstones. For a good night's sleep, topaz was ground into a powder and mixed with wine in the Middle Ages.

Just like peridot, which is the August Birthstone, it is thought that it can help people get a good night's sleep. Do you think it's right? Try it out! 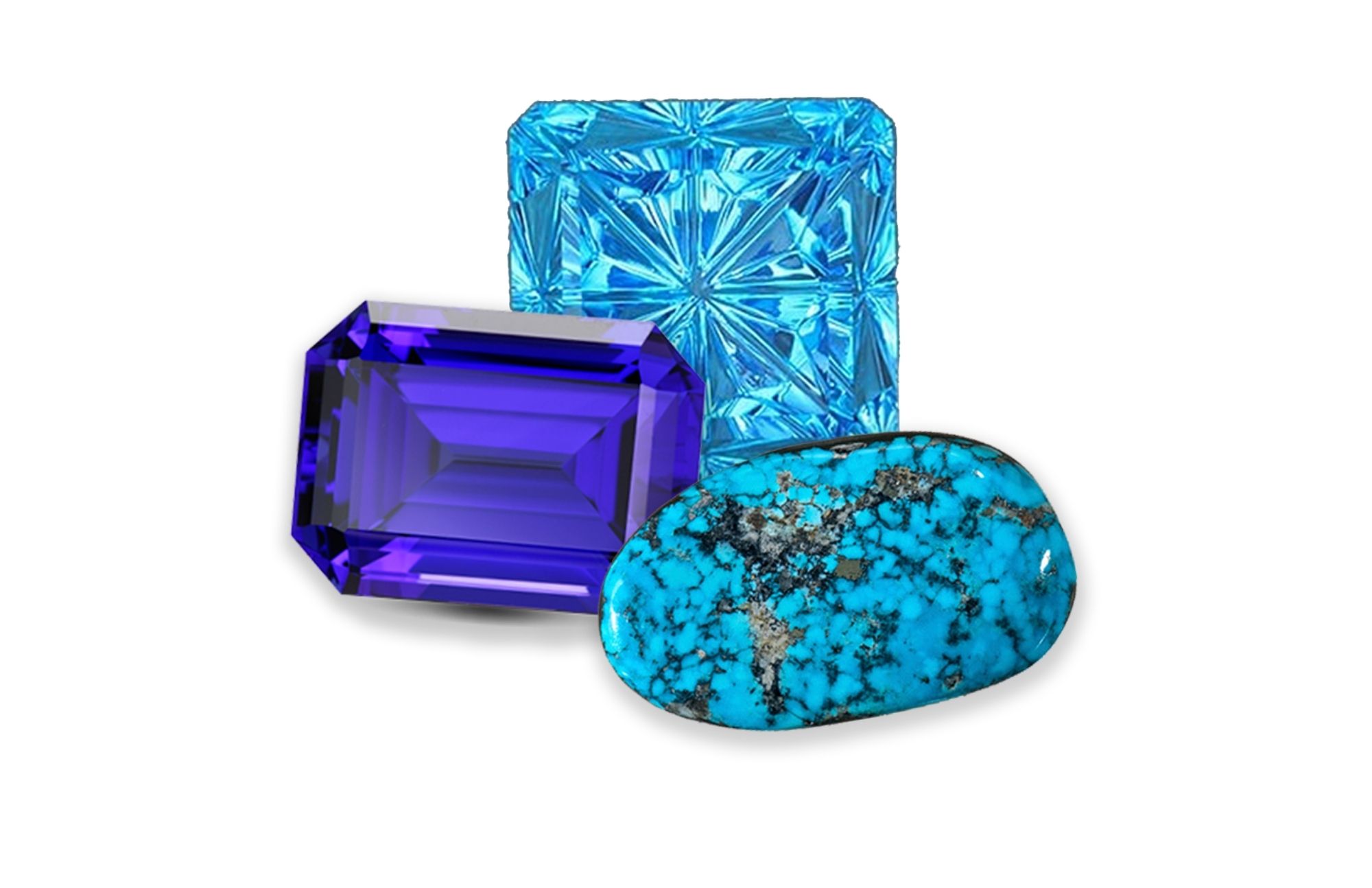 Tanzanite, Turquoise, and Zircon birthstones together on a white background

Tanzanite, Turquoise, and Zircon: In December, there are three birthstones: Tanzanite and Turquoise. They are all blue, but each one has a different history and chemical makeup. Tanzanite is one of the more interesting of the three gems. You may not have heard of it before, but it is interesting. This rare gem is only found in Tanzania and was only found in 1967. The deep blue color of tanzanite comes from a small amount of vanadium that makes it.

A lot of people believe that these three December birthstones can make you feel cold at all times. If you believe it too, you can try this if you want your birthday in December to be cooler.

What Is The Rarest Birthstone

Can I Wear My Birthstone Everyday

In the first place, you need to make sure that your birthstone is strong enough to wear every day. This is where the Moh's scale comes in. 7.5 on the Moh's scale should be worn every day, and anything below that should get extra attention.

What Your Birthstone Means, According to Science

These birthday gemstones are truly amazing stones that everyone adores. People have different beliefs about these stones, but the truth is that there is no scientific explanation for the healing process or the effects that these stones can bring to people. People enjoy superstitious beliefs, and if you are one of them, no one will judge you; you can use it however you see suited.