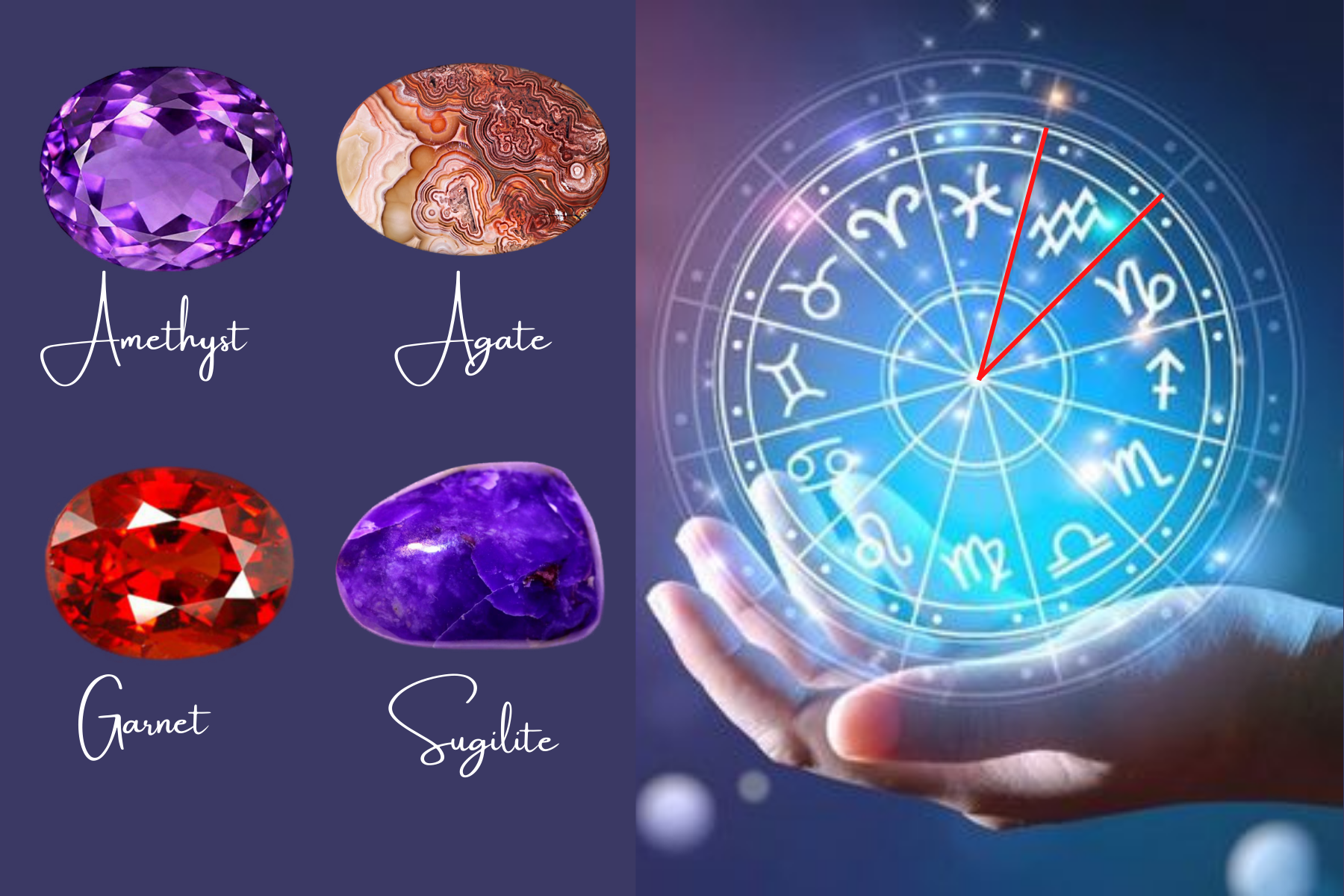 Those individuals whose birthdays fall between the 20th of January and the 18th of February are those who are referred to as Aquarius.

Those born under the sign of the Aquarius have their very own birthstones.

You can learn interesting facts about the characteristics that are linked with each of the Aquarius birthstones by looking up their meanings.

Using this information, you can determine which birthstone would be most suitable for you.

21 Secrets of the AQUARIUS Personality ♒

Individuals who are born under the sign of the Aquarius are forward-thinking, self-reliant, smart, outstanding, and positive.

They are ruled by the air element.

Aquarians, much like air, do not have a recognizable form and appear to resist being categorized.

Some Aquarians are calm and sensitive, while others have a bubbly personality and are always on the go.

Their shortcomings include being rebels without a cause, emotionally unstable, easily distracted, irresponsible, and impersonal.

Additionally, they are rebels without a cause.

Because Aquarians so desperately want to be the center of attention, it is possible that they will experience severe emotional distress if they are ignored.

People who are born under the sign of Aquarius actually hate the thought of seeing their friends in a needy or unhappy position.

As a result, they are always there for their friends when they need the company of someone with whom they can talk about their problems.

Because of this, many individuals are led to believe that they require help and support too, and they believe that birthstone will make it happen. 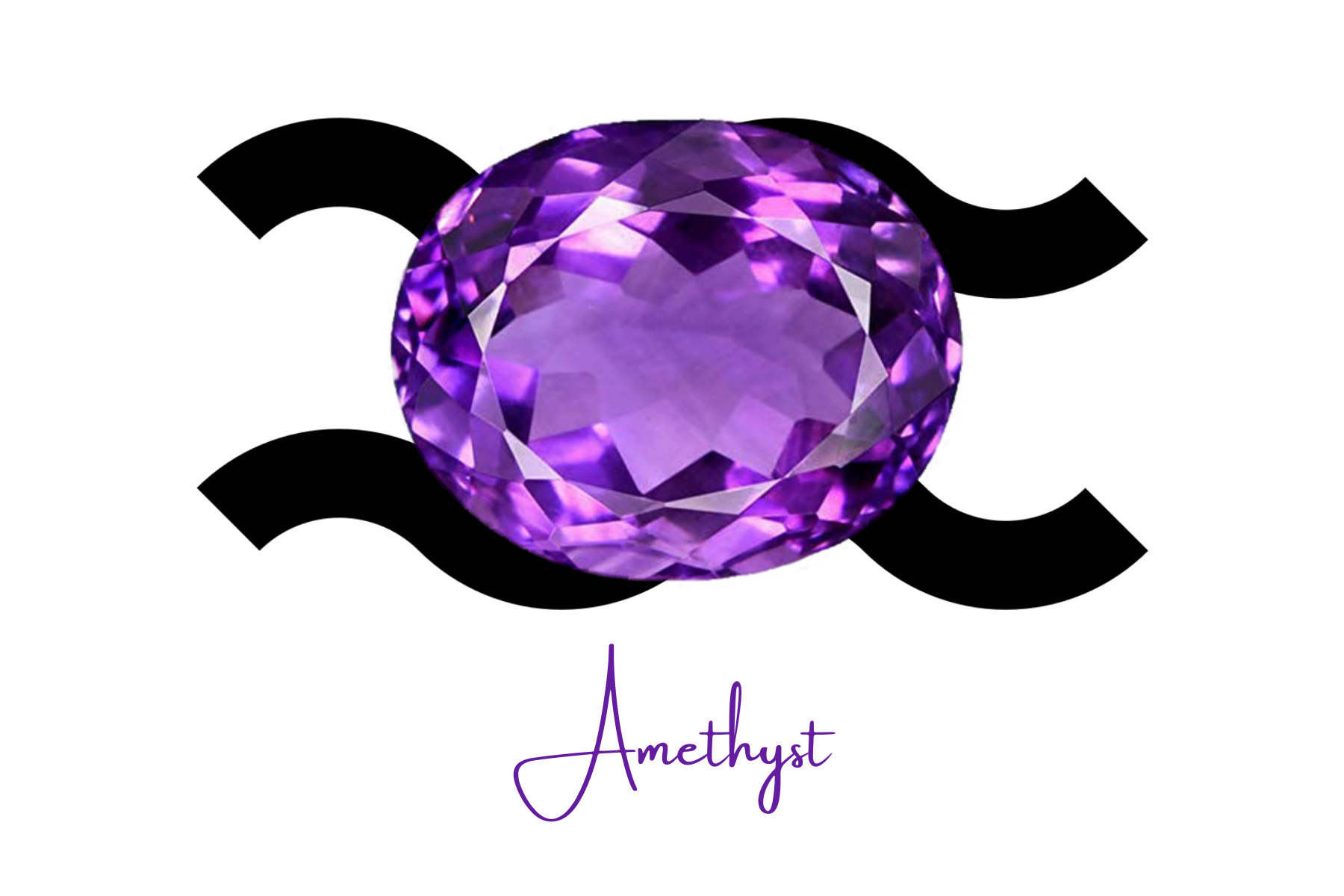 Amethyst is the color of the birthstone that relates to people who were born in the month of February or who have the water-bearer as their astrological sign.

This beautiful shade of deep purple is absolutely stunning.

Healing energies and the energy of the violet flame, which belongs to an ascended master named St. Germaine, are two of the amethyst's properties.

Amethyst is also known as the "sobriety stone" because it has the ability to help people overcome addictions, especially to alcohol.

Since Aquarius has direct connections to all of these powerful energies, it is able to provide inner strength and the power to overcome addictions.

Amethyst rates a 7 on the Mohs scale and has good toughness, so it is suitable for all jewelry types. This includes rings as long as the wearer understands the limits of their hardness. 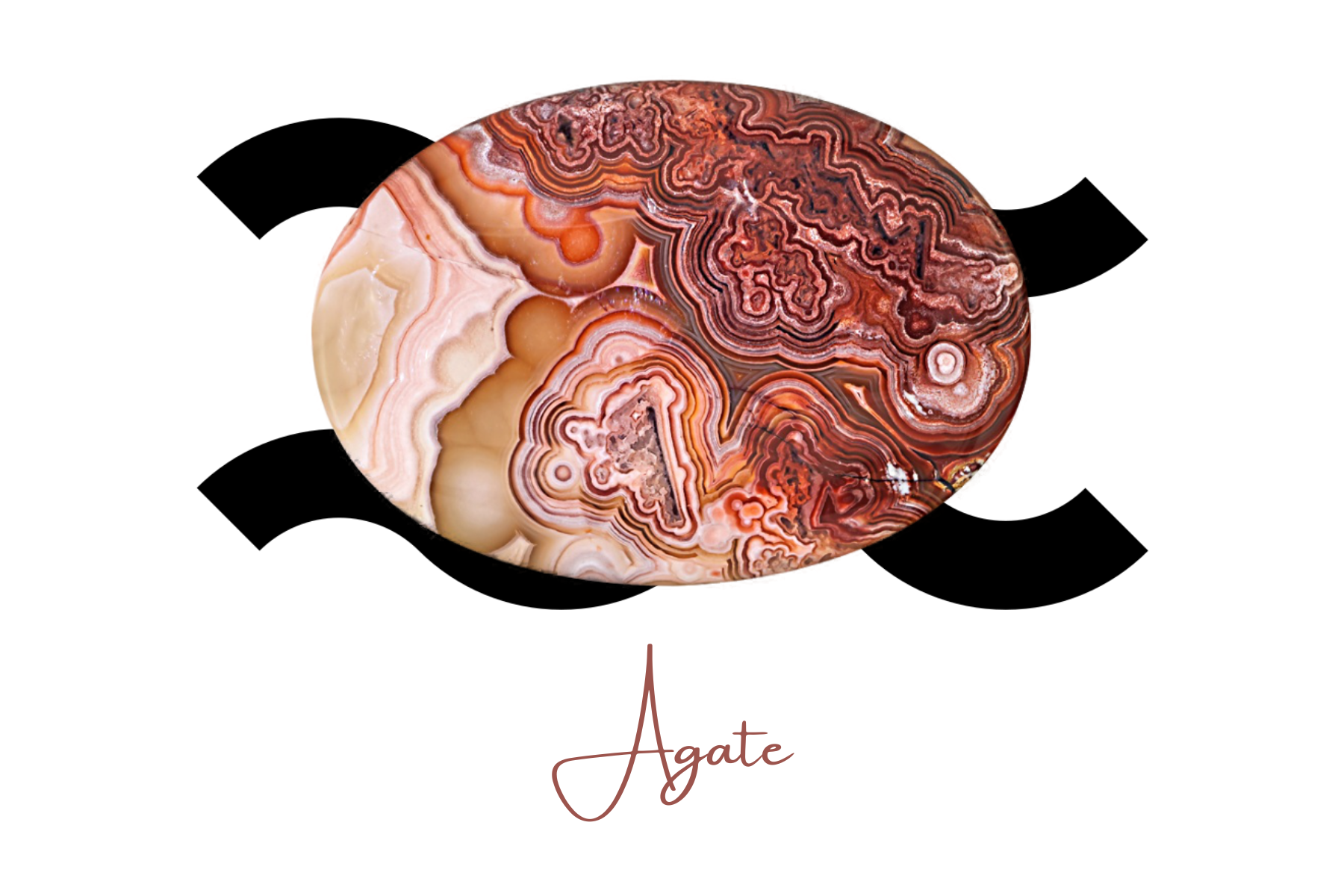 The birthstone that best represents Aquarians is agate.

Agate, a stone that can be found in an infinite variety of colors and is dedicated to making inward journeys, bestows an endless scope of healing energy upon all Aquarians.

Moss Agate also has beneficial effects for those who are born under the Aquarius sign.

It has the possibility to widen the point of view of an Aquarius and enable them to view the world in a completely new light.

Moss Agate has a calming effect on people and helps them focus.

This is especially important for people born under this zodiac sign because they have a tendency to let their ambition distract them.

Agate rates a 7 on the Mohs scale and has good toughness, so it is suitable for all jewelry types.

The birthstone that also represents Aquarians is Garnet.

The magnificent red garnet captures an air of identity, which is why it is considered the best January birthstone for all of you Aquarians out there.

Garnet is said to be a representation of the truth, purity, and one's own personal power.

It represents a flickering flame that warms the heart of winter.

Garnet is a protective birthstone that can be worn as a talisman against any and all forms of maliciousness.

In situations in which you believe you are the target of a spiritual attack, you can also use it to ground yourself.

Garnets should not be hit with any hard blows or put through any kind of rough wear. On the Mohs scale, the hardness of garnet can range anywhere from 6.5 to 7.5, depending on the type. 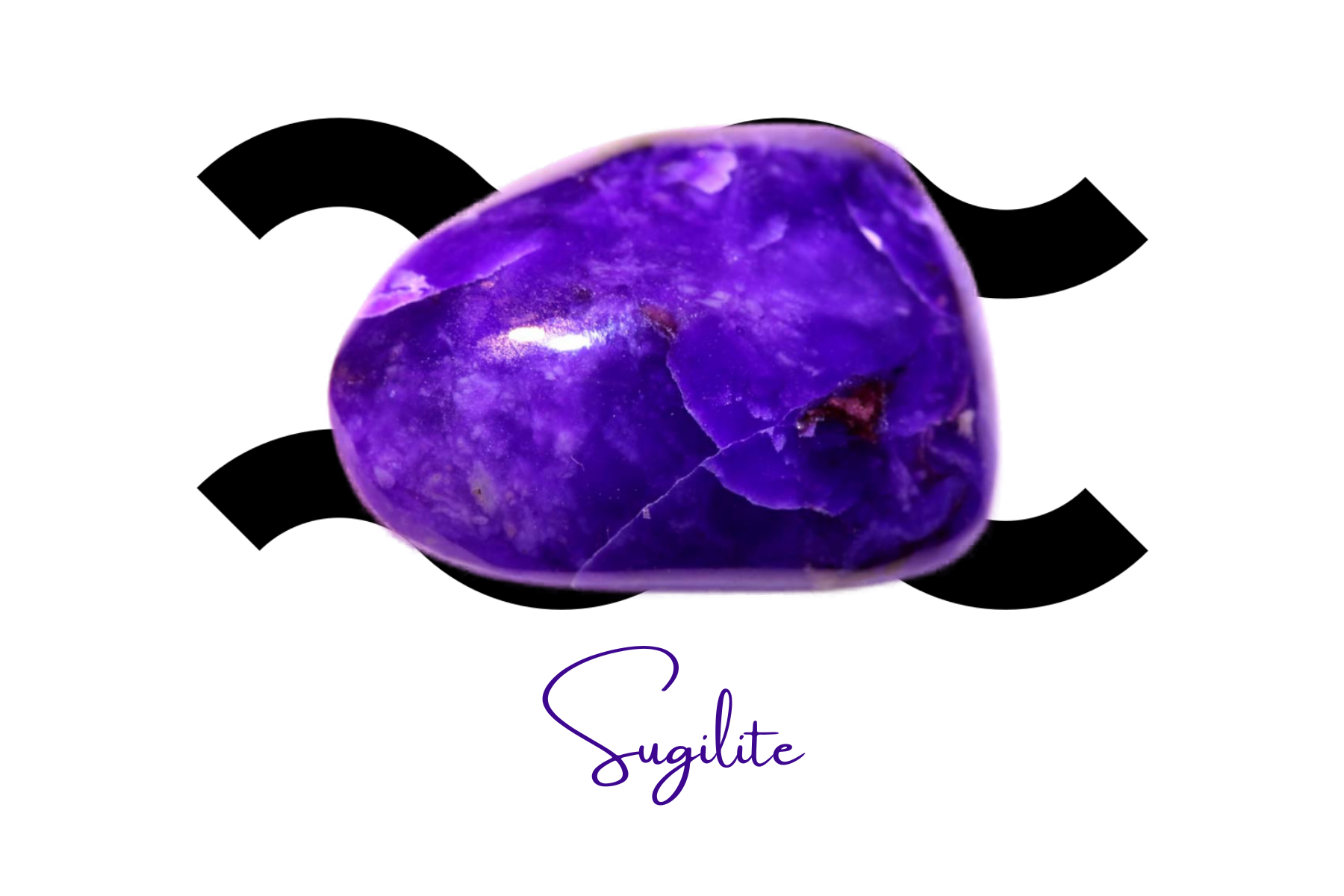 Sugilite is also one of the rarer Aquarian birthstones and its colors range from pink to purple to shades in between.

This stone is famed for its capacity to enhance spiritual development, encourage Aquarians to let go of all of their worries, and makes room in their lives for deep achievement.

Sugilite is known as the "gemstone of glorious release," which means that it is all about embracing a genuine feeling of freedom.

This isn't just in the sense of being able to drive wherever you want, but also in the sense that it encourages the mind to let go of all of those feelings and thoughts that have been keeping you from moving forward.

Sugilite, which is as appealing as it is effective, can alleviate pain and headaches, allowing you to experience life with greater clarity.

On an emotional level, it frees you from worries and enables you to accept forgiveness.

Your spiritual calling will be enhanced as a result, and you will have a simpler way of trying to channel your psychic abilities.

It has a vitreous to silky luster and a hardness of 6 on the Mohs scale, making it a material of medium hardness.

What Is Aquarius Soulmate?

AQUARIUS: THIS SOULMATE IS GOING TO NEED YOU IN A WAY YOU NEVER IMAGINED. MARCH-MAY 2022

Which of the signs below is Aquarius's perfect match? Gemini. It is impossible for an Aquarius to endure falling in love with the person they have found who satisfies their thirst for knowledge.

Geminis are one of the signs that are the best matches for Aquarius because of their increasing desire for knowledge.

What Rocks Are Good For Aquarius?

The Aquarius moon sign, also known as Kumbha Rashi, is linked with the blue sapphire as its lucky gemstone.

The natives of Aquarius will be able to feel the stone's magical ability throughout the entirety of their lives if they possess this stone.

Is Tiger's Eye Good For Aquarius?

Who shouldn't have a tiger eye stone in their jewelry?

It is not recommended that the tiger eye stone be worn by those Zodiac signs whose ruling planets are adversaries of the Sun and Mars.

To be more specific, those born under the zodiac signs of Taurus, Capricorn, Aquarius, and Libra should avoid wearing tiger eye stones.

What are some of the best stones to wear if you are an Aquarius?

Many users are very confident that you could choose any one of them or all of them.

These birthstones can be the ones from the previous list that you like the most, that you have the strongest sense that belongs to you, or that fulfill any one of your other requirements.

You have total control over things!