April Birthstone - Diamond As The Symbol Of Clarity And Strength 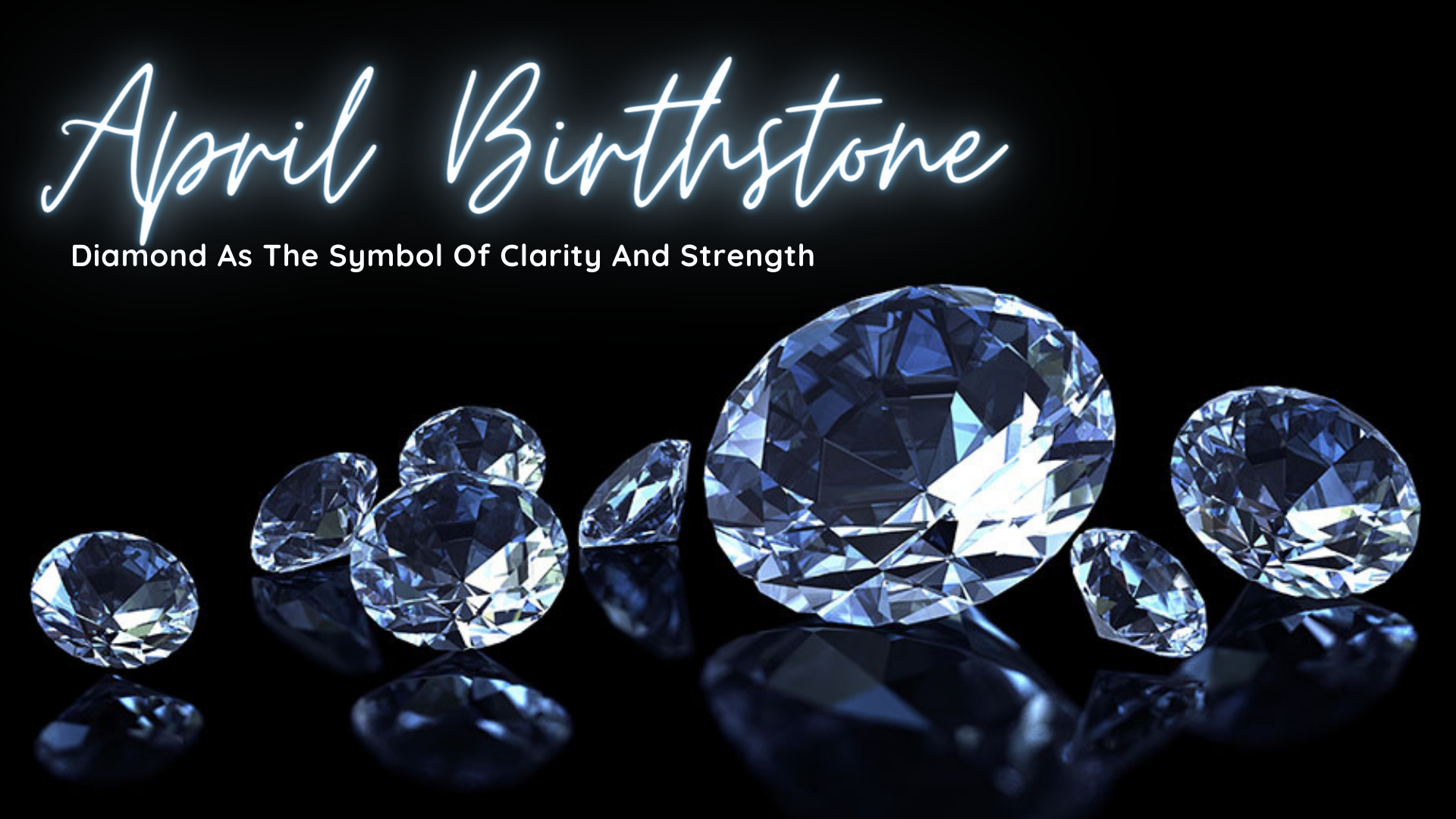 For those fortunate to be born in April, their birthstone is the most prized gemstone of all. April Birthstone is lucky enough to call Diamond, a symbol of clarity and strength.

Diamond, with its own internal fire, is one of the world's most desired and adored gemstones. Diamond is so strong that its name is derived from the Greek word "Adamas," which means "unbreakable" or "invincible."

It is the hardest natural material on the planet, 58 times harder than any other naturally occurring material. It has long been a symbol of eternal love, given as an engagement, wedding, or anniversary gift.

For centuries, diamonds were thought to have healing properties as well as provide clarity and balance. Discover the history, meaning, and symbolism of diamonds!

An Overview Of April Birthstone - The Diamond

The most valuable gemstone of all is the birthstone for people born in April: a diamond.

Diamonds are a romantic and magical token of affection and desire because they are clear, colorless, and sparkling. Diamonds are truly a thing of beauty that has captivated people's hearts for centuries.

Diamonds are the hardest gemstone and are composed of only one element, carbon. They form deep within the Earth's bowels, where the pressure is 65,000 times that of the Earth's surface and the temperature is 2,700 degrees Fahrenheit.

Its structure makes it 58 times harder than any other natural substance and can only be cut with another diamond. Diamonds have also been discovered in meteorite craters on Earth's surface. They have high optical dispersion, allowing the stone to disperse a wide range of colors.

They are available in a variety of colors, including green, blue, pink, red, and yellow. They are also available in transparent, white, and black. The intensity varies from faint to vivid. The higher the value, the more saturated the color.

Colorful diamonds are quite rare and may be more expensive than colorless diamonds of equal size. Beautiful color Diamonds are extremely valuable, and the color is sometimes added in a laboratory. These are the diamonds that have been colored.

While it is commonly associated with wedding engagements, the Diamond is also an excellent choice for those looking for a beautiful gemstone that can be worn on a daily basis as well as for special occasions.

Diamonds have been valued for centuries, and some historians believe they have been traded since 4 BC. One of the reasons diamonds are so valuable is the process by which they are formed beneath the Earth's crust and then forced upward until uncovered.

However, before this process was discovered, many ancient civilizations believed that diamonds were made from lightning from the sky. This is possibly why diamonds are frequently associated with incredible healing powers.

Many people believed that the Diamond could cure brain disease, alleviate pituitary gland disorders, and remove toxins from the blood.

It first gained popularity in India, where the Moghuls and Imperial Colony mined it from deposits along three major rivers.

Many stories, myths, and legends revolve around the birthstone of April. The fierce fire that burns when a diamond is created, according to the ancient Greeks, reflects the attributes of eternal love.

Diamonds, according to ancient Hindus, were formed by lightning bolts striking the earth. According to Greek mythology, diamonds are the tears of the Gods, star splinters, and crystallized lightning.

Diamonds are regarded as the ultimate prize, and people born in April only freely give themselves to those they believe have earned their trust and respect. 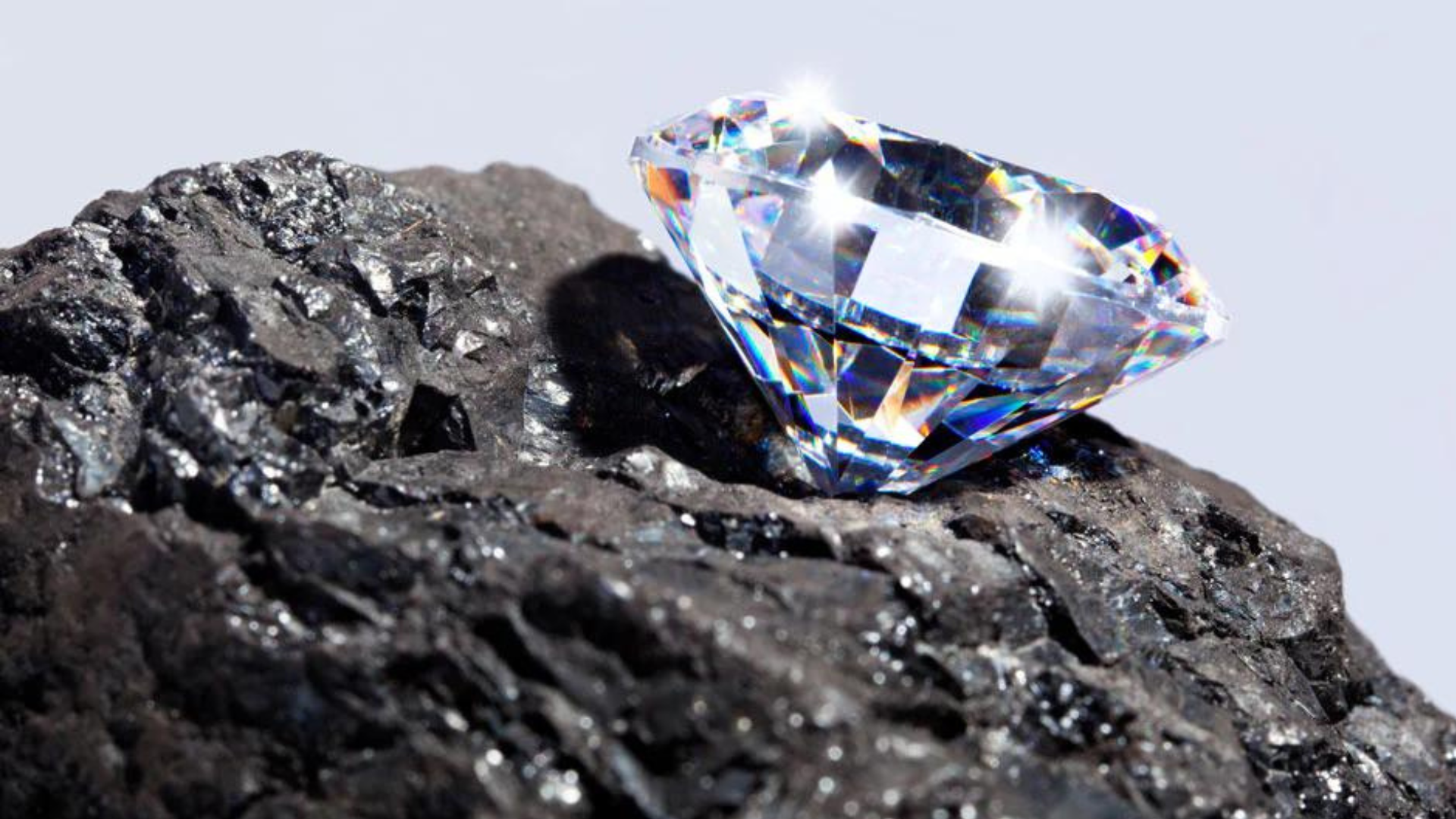 A diamond placed on top of a rock

The most valuable gemstone in the world is known to arouse imagination and inspire creativity. It bestows safety, wealth, and happiness.

The high qualities attributed to the Diamond are a reflection and tribute to the stone's character. This birthstone is the hardest known mineral on the planet, has unrivaled brilliance, very little inclusion, and is clear and transparent, reflecting many of the most prized virtues in men and women.

Diamonds represent endurance, bravery, and resilience. Warriors and kings wore them to battle as a protective talisman in ancient times. Diamonds, they believed, could protect them from death, defeat, and even phantoms, devils, and poison.

And, just as diamonds represent the pinnacle of prestige and achievement, someone born in April often possesses the kind of ambition required to scale the highest of life's mountains and overcome the greatest of challenges in order to win at whatever they set their minds to.

The 'Colorless Stone,' according to ancient scriptures, is a forerunner of love, strength, and endurance. However, throughout history, the diamond has almost always represented eternal and lasting love.

This stone represents purity, innocence, love, honesty, loyalty, and faith. Anyone who wears it receives peace and fulfilling relationships.

Where Is Diamond Found? 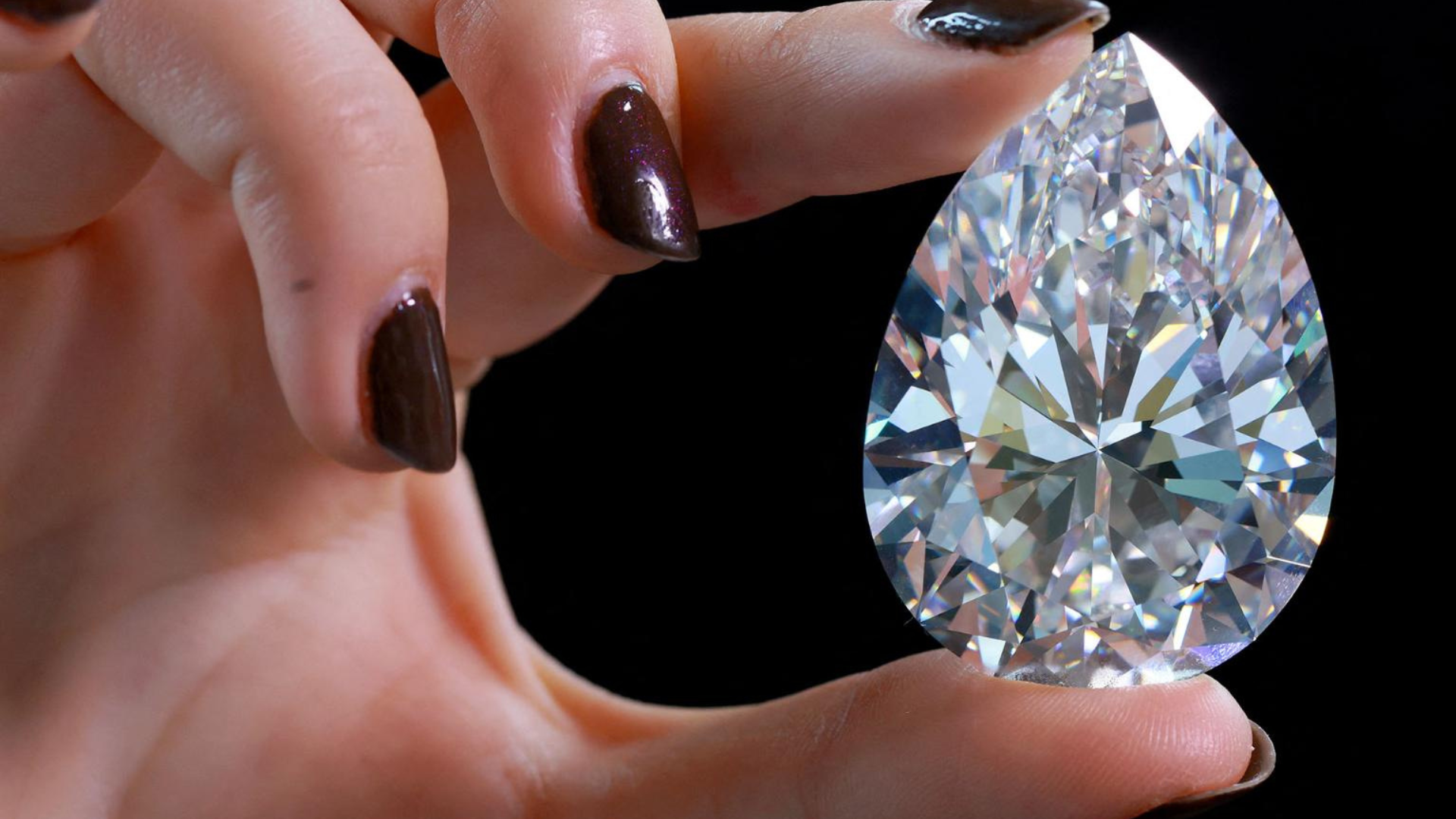 A person holding a diamond

The April birthstone is now mined all over the world. South Africa had been joined as a major producer of rough diamonds by other African nations by the early 2000s.

The Democratic Republic of the Congo (previously known as Zaire) and Botswana are among them. In 1960, the former Soviet Union opened its first major mine, and Russia is now one of the top producers in terms of both volume and value.

With the opening of the Argyle mine in Australia in 1983 and the discovery of several diamond deposits in northern Canada in the 1990s, diamond mining expanded.

Botswana's diamonds are found in the country's hot, semi-arid eastern region. These productive mines have boosted the economy and created a growing middle class.

The country is also a diamond hub, where roughly 40% of the world's rough diamond supply is sorted and valued.

A diamond has long been said to be a girl's best friend. Diamonds have been used for engagement and wedding rings for hundreds of years, but they are also fashionable for everyday wear. Necklaces, broaches, rings, and bracelets are made with the gem.

Diamonds come in a variety of shapes and sizes, including round, oval, princess, and heart cuts, to name a few. The diamond has a Mohs Hardness rating of 10 and is so hard that only another diamond can scratch it.

Caring for and cleaning your birthstone diamond properly is an important part of owning a precious gemstone. The following instructions should be followed when caring for this highly valued stone:

If you follow these guidelines, your special April birthstone will be safe and retain its high value for many years to come.

The most secure and long-lasting way to store diamonds is in a soft, secure box lined with cushioning to prevent excessive movement. Diamonds should never be stored with other gems because their hard exterior can scratch softer stones.

The Cost Of April Birthstone

The April birthstone is more expensive than other gemstones due to its durability, scarcity, and beauty. You will, however, get what you pay for.

A pair of 2.3-carat princess cut diamond earrings in deep brown color can fetch $9,500. Meanwhile, a 23-piece set of 0.03-carat round-cut white diamond necklaces and bracelets is available for $100.

Does The April Birthstone Have Any Mystical Or Mythical Properties?

The ability to cure stomachaches, tiredness, depression, memory loss, and many other head and heart ailments has been attributed to the April birthstone. Different colored diamonds are now thought to have mystical properties.

Why Is April's Birthstone A Diamond?

The diamond is the traditional April birthstone and has special meaning for those born in that month, as it is thought to improve relationships and increase inner strength. Wearing diamonds is said to provide additional benefits such as balance, clarity, and abundance.

What Is The Best Birthstone?

People born in April have been given the best birthstone of all: the diamond. A diamond is thought to be the ultimate good luck charm.

April Birthstone or also known as the “King of the Birthstones”, diamond has been the favorite of celebrities, royalty, elites, and wealthy merchants for years. Its sophistication and sparkly elegance, combined with the fact that it can last for a very long time, make it one of the most valuable gemstones available for purchase.

This gemstone is more appropriate for people born in April and is associated with several virtues such as eternal love, strength, courage, and wealth.