Anniversary Gemstones Chart - Increasing The Joy Of Your Marriage 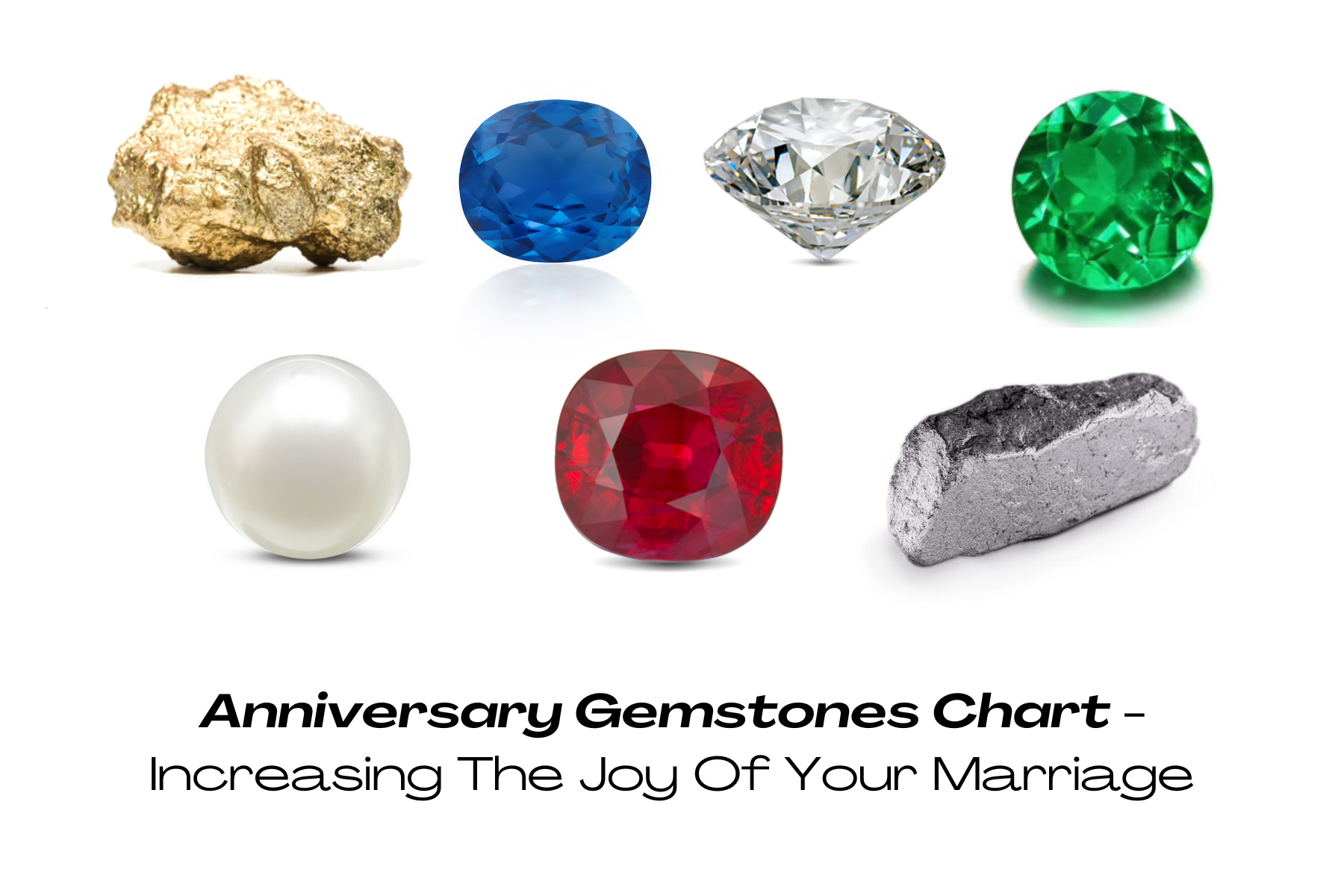 Having a husband or wife who loves you unconditionally is one of the most wonderful things that can happen in this world.

The fact that our partners are consistently on our side makes our lives appear to be much simpler than they actually are.

How long has your marriage been going strong now? Do you wish for your anniversary to once more be one to remember? Give them a precious stone that they will keep in their sentimental for the rest of their lives and appreciate.

We are going to put the anniversary gemstones chart on this page so that you can choose the perfect gemstone to present to your partner on the celebration of your anniversary.

Why Is An Anniversary So Important?

Celebrations of anniversaries are an important part of life. They bring to mind positive memories of our personal and cultural histories. An anniversary is a date that we mark on the calendar to serve as a constant reminder of something or someone that is important to us.

This could be a birthday, a wedding, a civil partnership, a significant event, or even the anniversary of the getting passed of a loved one. But we are talking about the anniversary with our partners here.

What Is Anniversary Gemstone?

The term "anniversary gemstone" is generally and specifically used to refer to gemstones that are given as gifts during anniversary celebrations. These gemstones can be presented in a number of forms, including rings, pendants, bracelets, earrings, and so on.

Even though you love and respect your partner every day, your wedding anniversary gives you the chance to show them how much they mean to you. 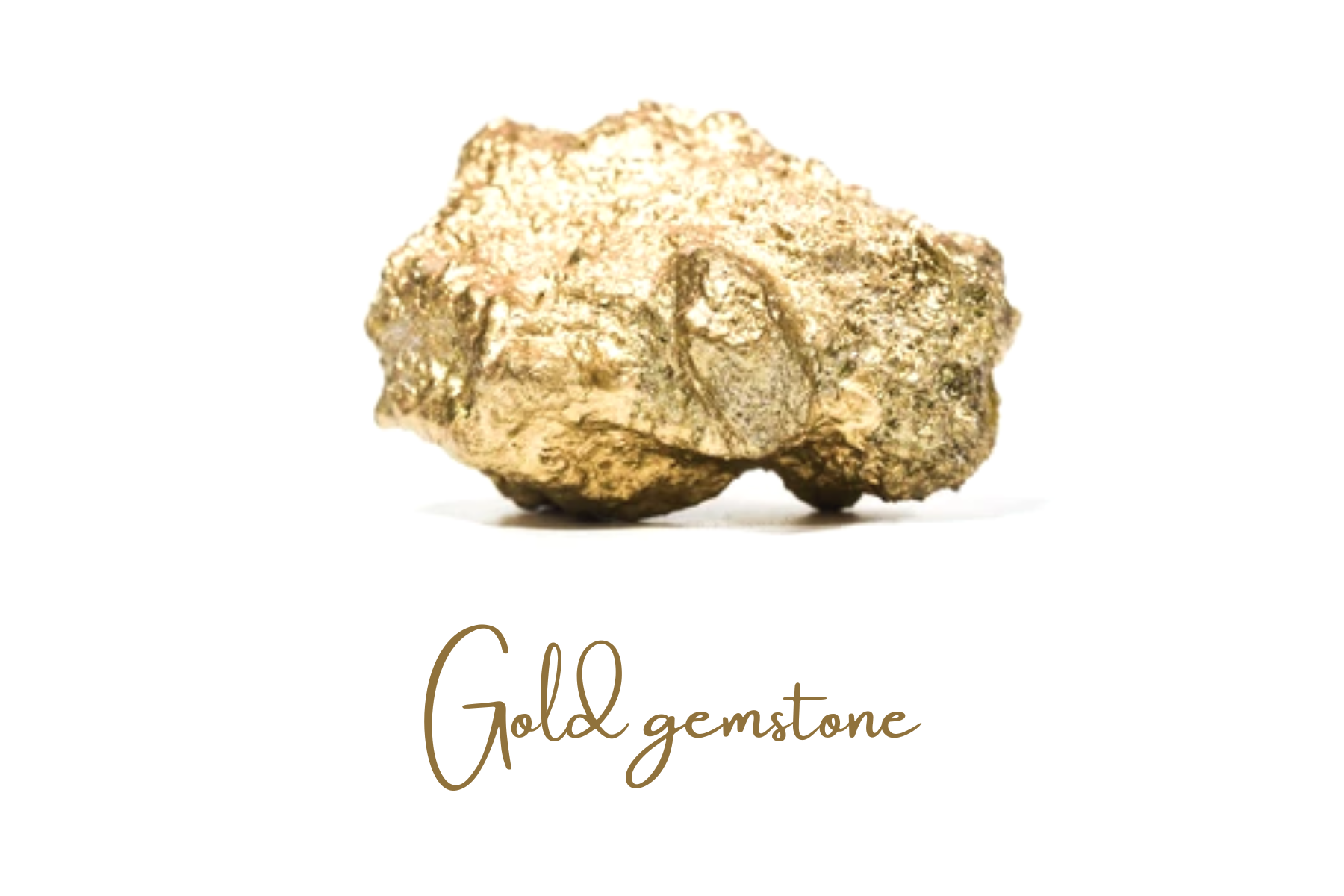 A huge piece of rock gold

According to GIA, the first year of marriage is traditionally celebrated with the gift of gold, both the metal and the precious stone. However, the golden glow of your first year together can also be represented by the presence of a number of stunning gemstones that have a golden color. 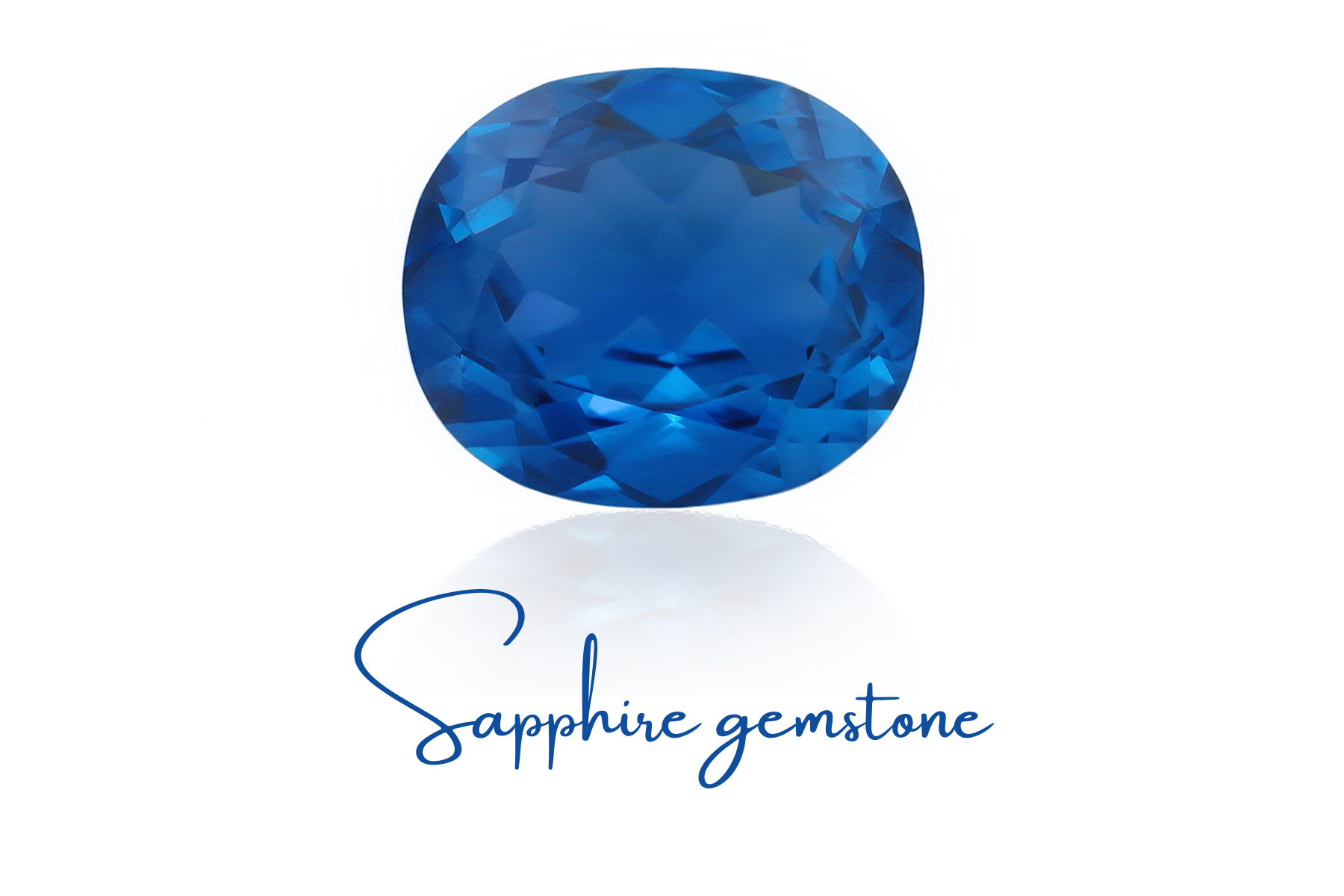 The gift of a sapphire, a lasting gemstone that is associated with truthfulness and trust, is a suitable present for a fifth wedding anniversary.

Sapphire is one of the most long-lasting gems because it has a Mohs hardness rating of 9 and excellent toughness. This makes it one of the most fitting symbols for a marriage that is destined to last through the test of time. 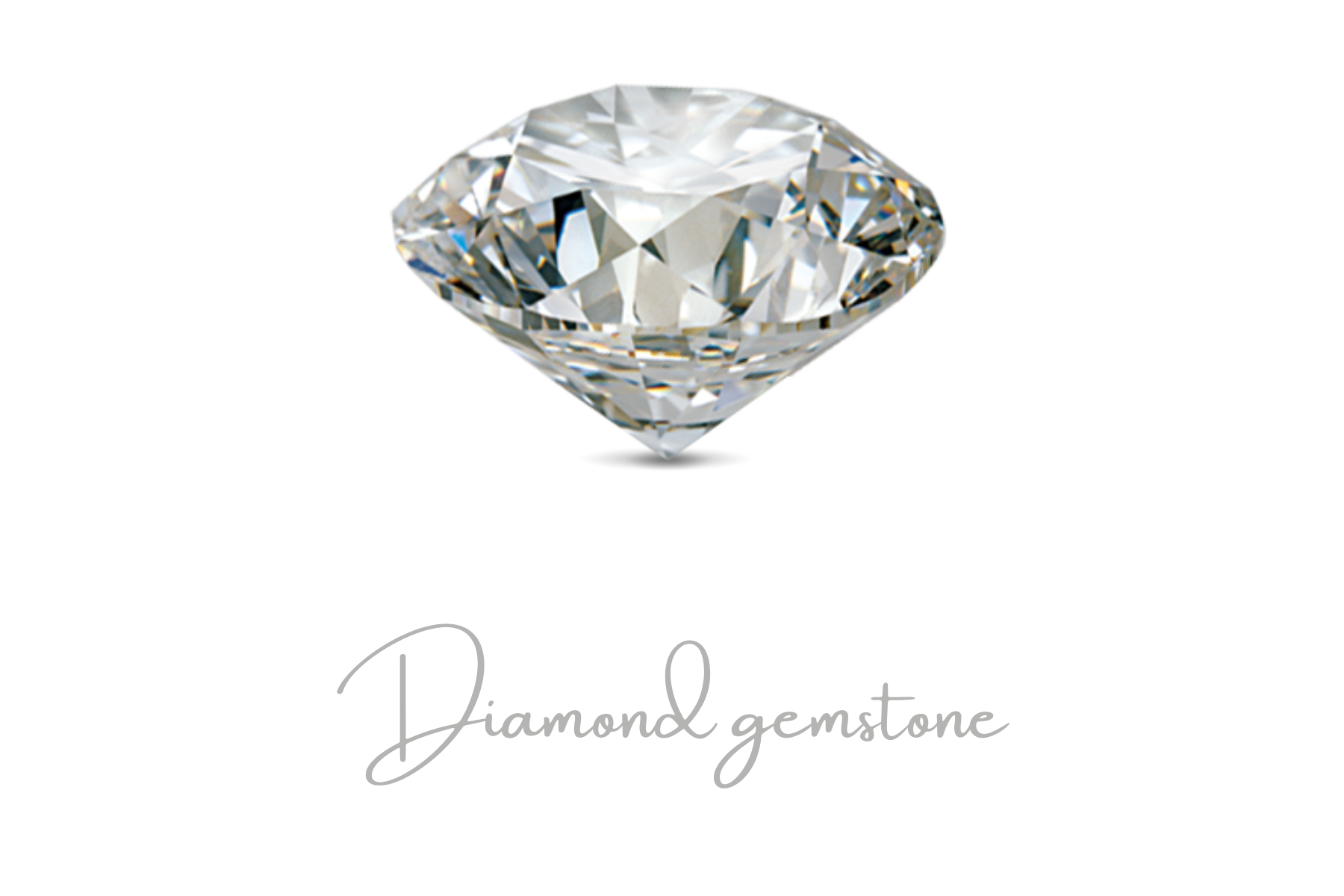 There is an online claim that the 10th anniversary should be having a diamond. You have achieved a meaningful goal since getting married, and a diamond is an ideal gem to mark the anniversary of this achievement when you celebrate your wedding anniversary. 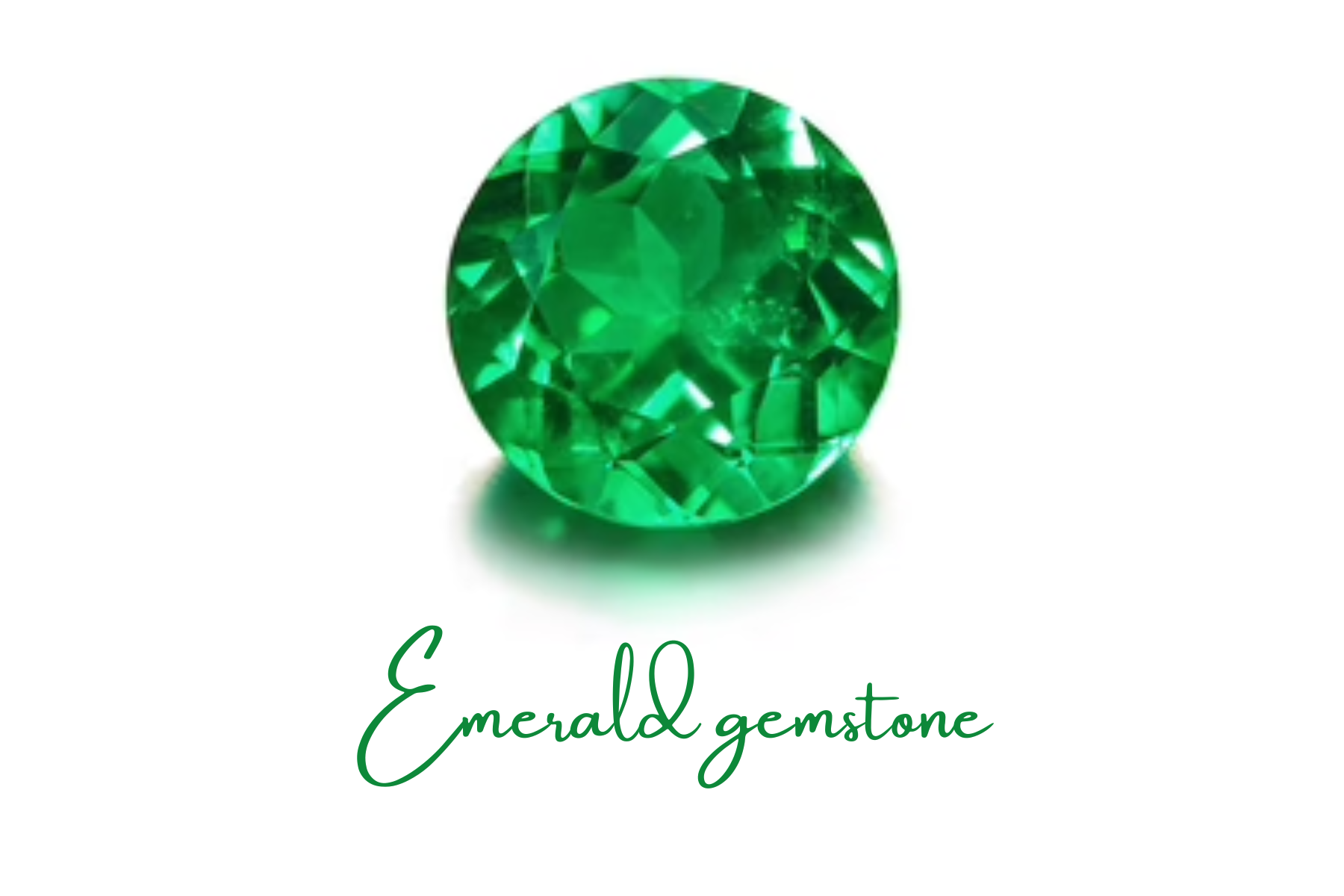 Emerald is a beautiful green gemstone that can be used in any kind of jewelry. However, it is fragile because it has layers and cracks. A ring should be worn with care, but this stone is so elegant and classic that it's easy to save it for special events.

Oils, paraffin, or resins are often used to fill cracks and improve the clarity of emeralds. Sometimes, hardeners are added to make them stronger. 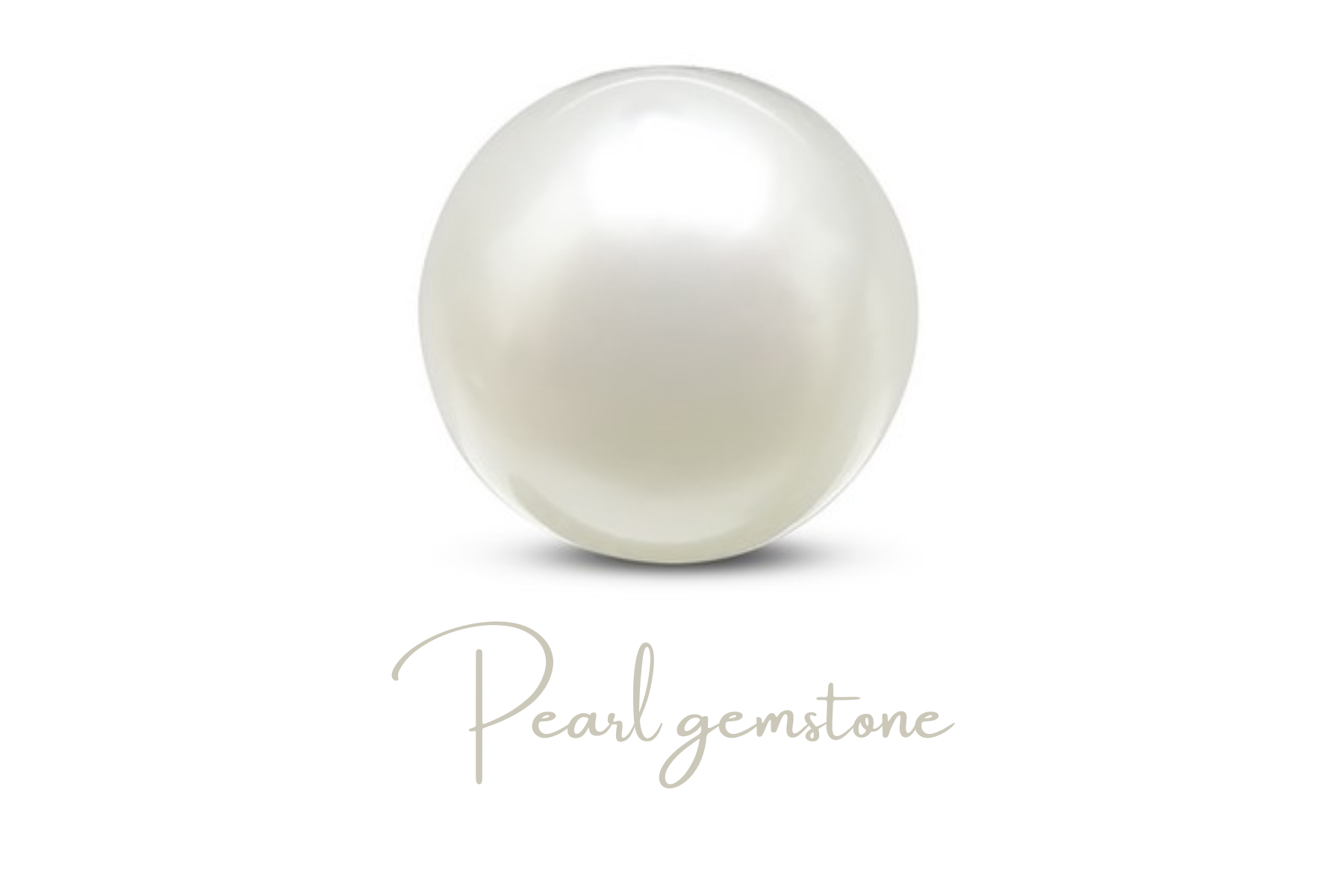 A cultured pearl begins its development as a very small seed. And the same holds true for your marriage. Affections that began at a young age have established into a love that will last a lifetime and has now been together for 10,957 days, or 30 years. 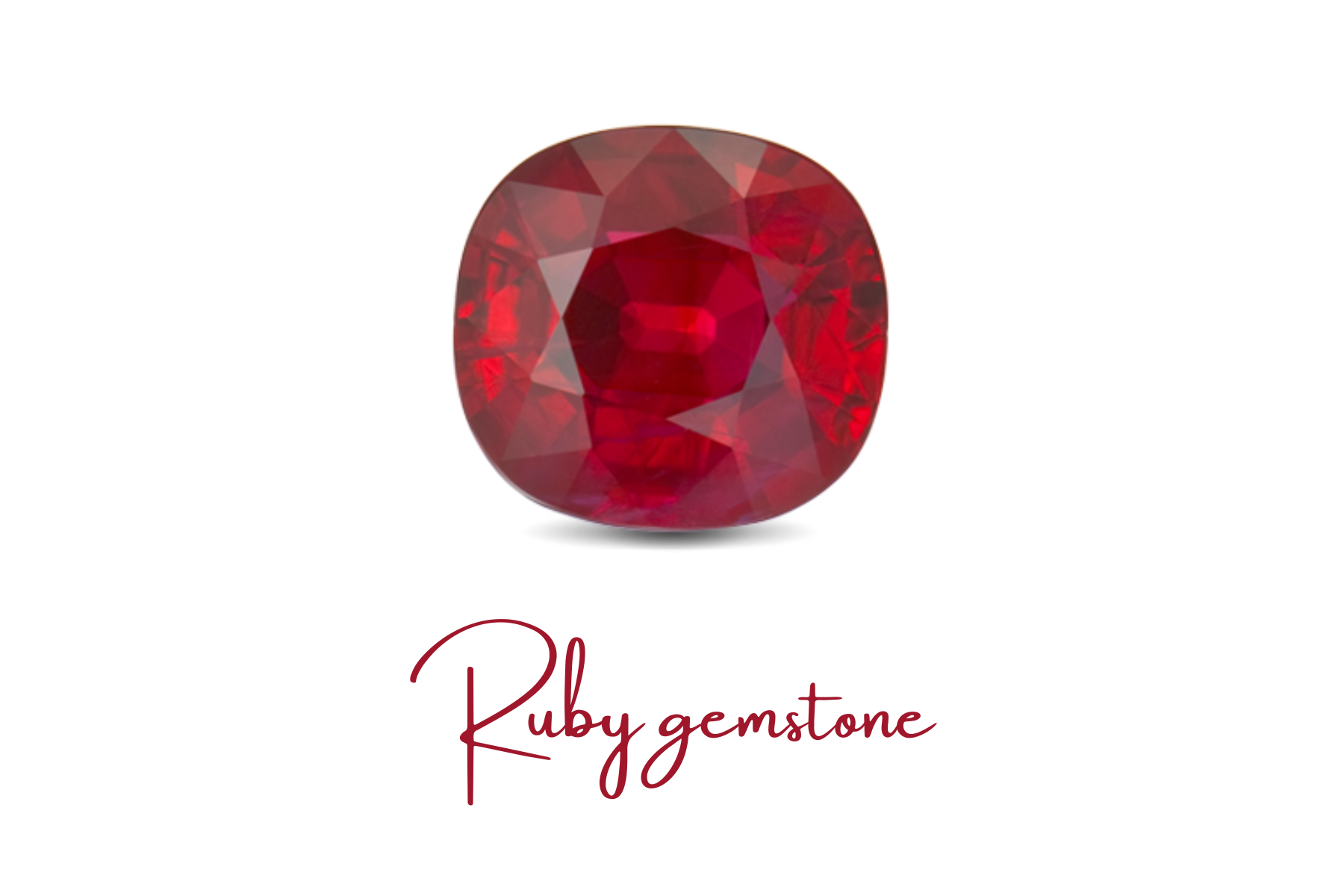 You and your partner have seen the world together, and even with everything you've been through, the spark that sparked your love and commitment to one another is as strong as ever.

In light of these considerations, a ruby makes for an ideal present to celebrate this remarkable anniversary. 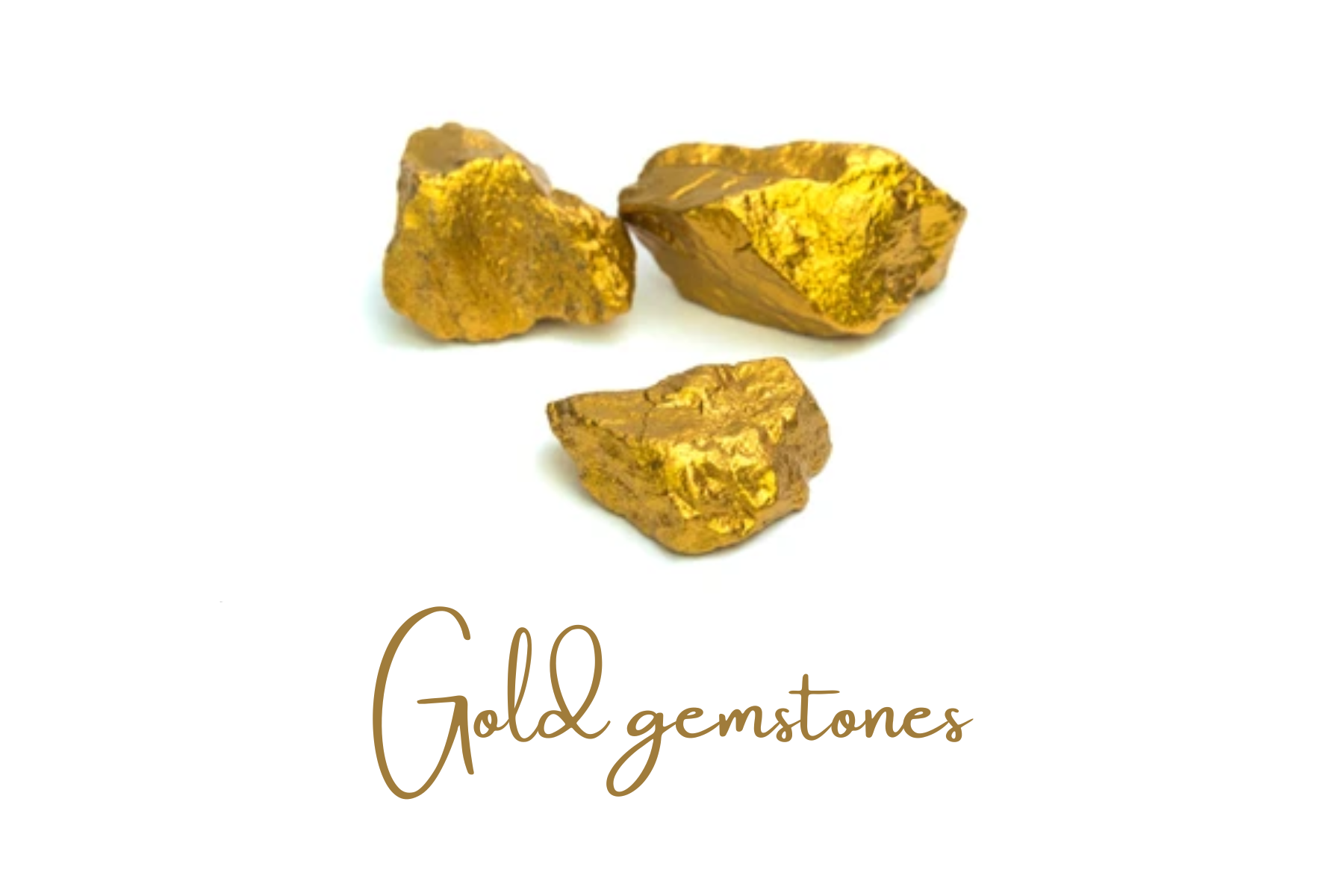 As per research conducted, I didn't find any specific stone for the 50th anniversary. However, since it is known as a golden jubilee, you can use gold for this.

Gold is a valuable soft metal that is used to make jewelry, coins, and other items. In the past, gold was used in a system in which the value determined the price of a currency.

Although the 50th wedding anniversary does not have a specific gemstone as such, gold is associated with this special anniversary. Gold is a precious metal that is soft and is used to make these items. 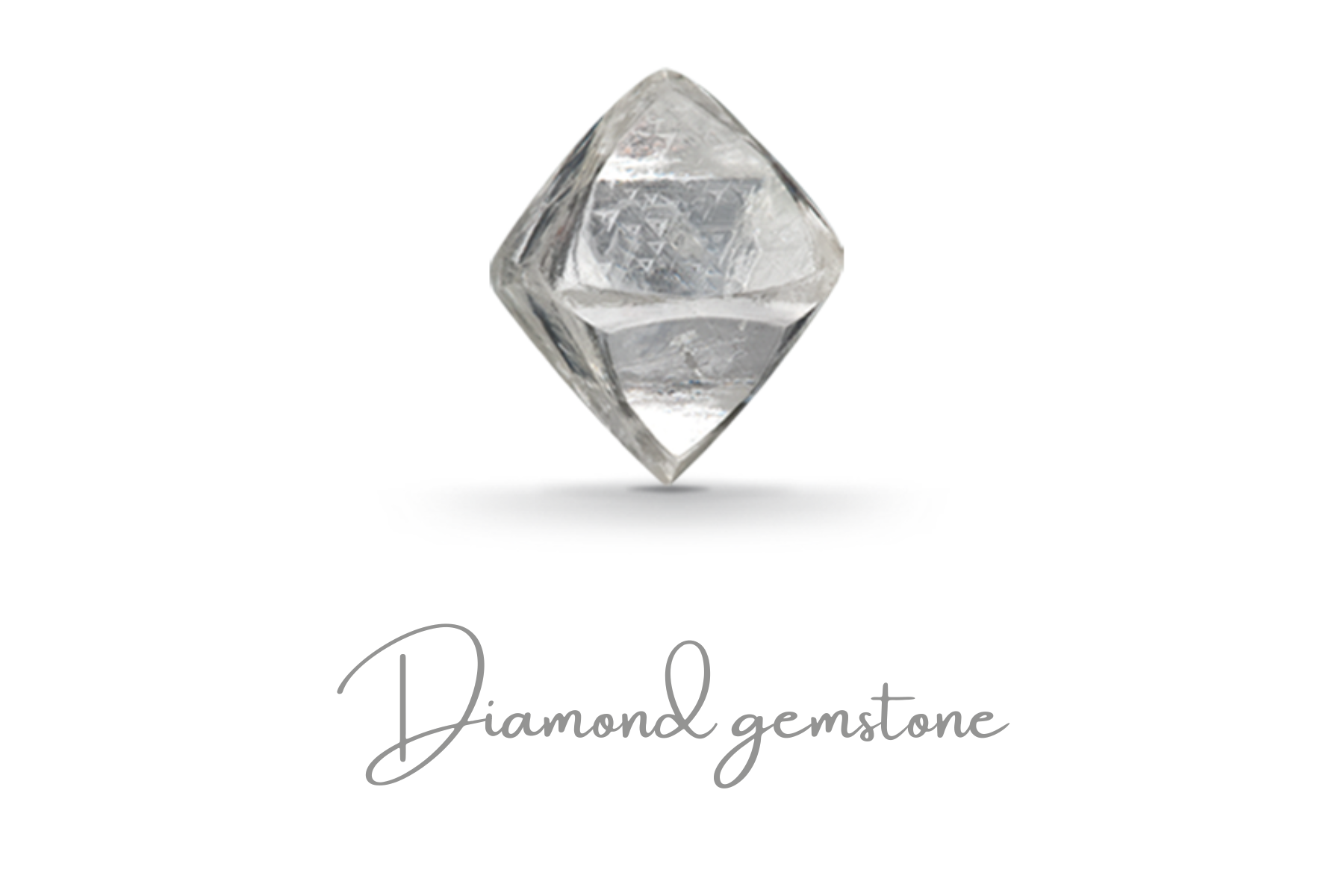 Because you have spent so much time together, it is impossible to wonder about the detail of your love and dedication to one another.

It is possible that the time has come for someone else, such as your children or grandchildren, to prove their affection and pride by presenting you with a piece of diamond jewelry as a gift. You've worked hard, so reward yourself in a grand fashion. 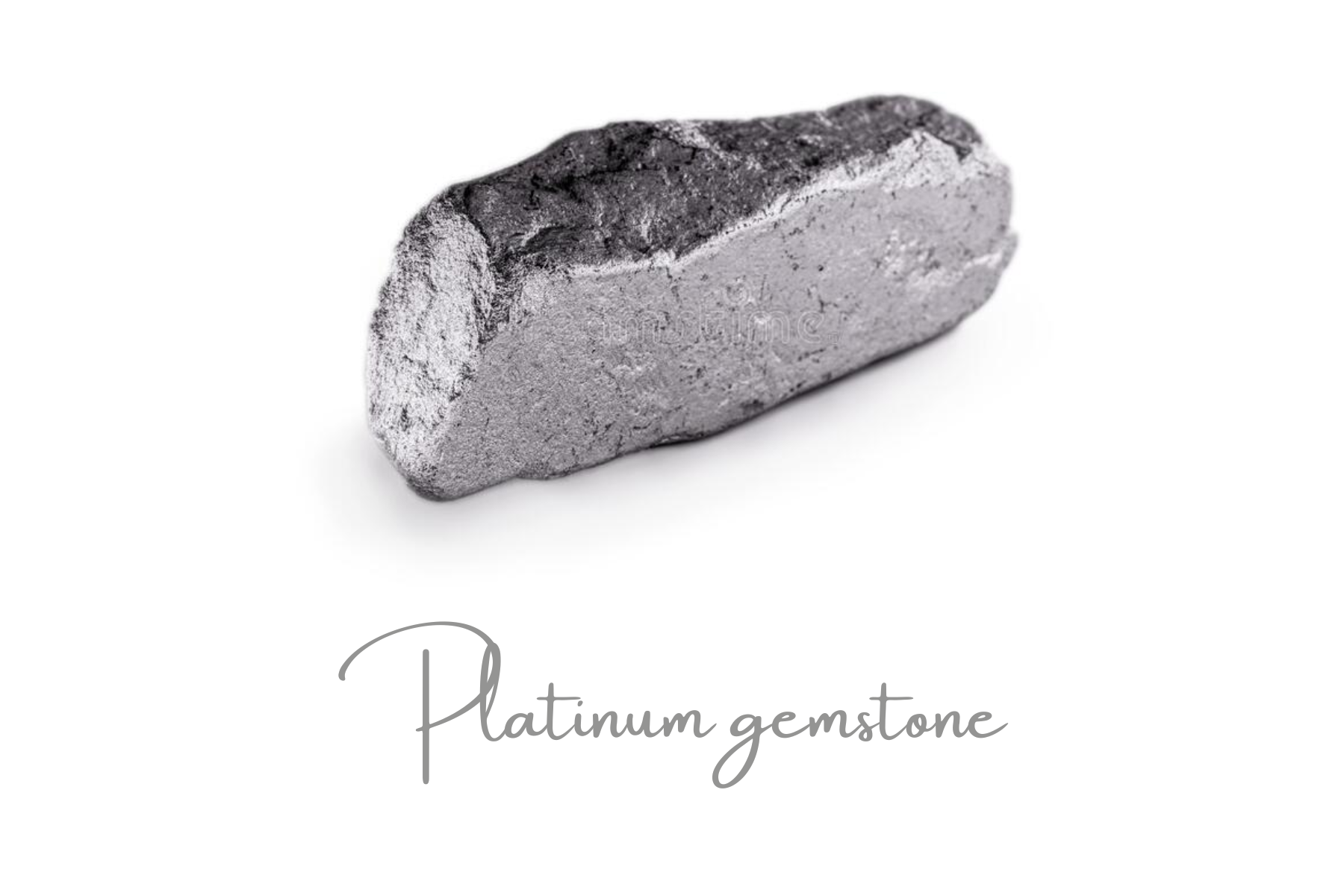 The platinum jubilee is the name for the 70th anniversary. Platinum is a hard, rare, white metal. Most people who got married 70 years ago did not have access to platinum. A necklace or bracelet might be the perfect way to remember the event.

Has Anyone Ever Had A 90th Wedding Anniversary?

Yes, Karam and Kartari Chand, who both lived in the United Kingdom but got married in India, had the longest marriage on record, even though it wasn't officially recognized. They had a granite wedding anniversary after 90 years of marriage.

Which Stone Is Good For Relationship?

Rose quartz is the most romantic stone, and it brings peace and love to everyone who wears it. Anyone who wants to find love will benefit from its ability to bring a sense of calm and harmony and get rid of negativity and heartache. It is also the stone of patience, forgiveness, and humility.

What Gemstone Is Best For Marriage?

Diamond. Diamonds are considered to be the most valuable of all jewels because of their legendary durability, which is said to inspire the wearer with the inner courage needed to overcome all of life's challenges.

Diamonds, which are known as a sign of everlasting love, also offer wealth, clarity, and balance.

It is too much to give each other a gemstone for your anniversary? You shouldn't worry about it being too much for the both of you because you've waited long enough to have it and you've sacrificed enough to stay together, and both of those things will be worth it in the end.