Agate Magical Properties - A Powerful Source Of Fire And Chi 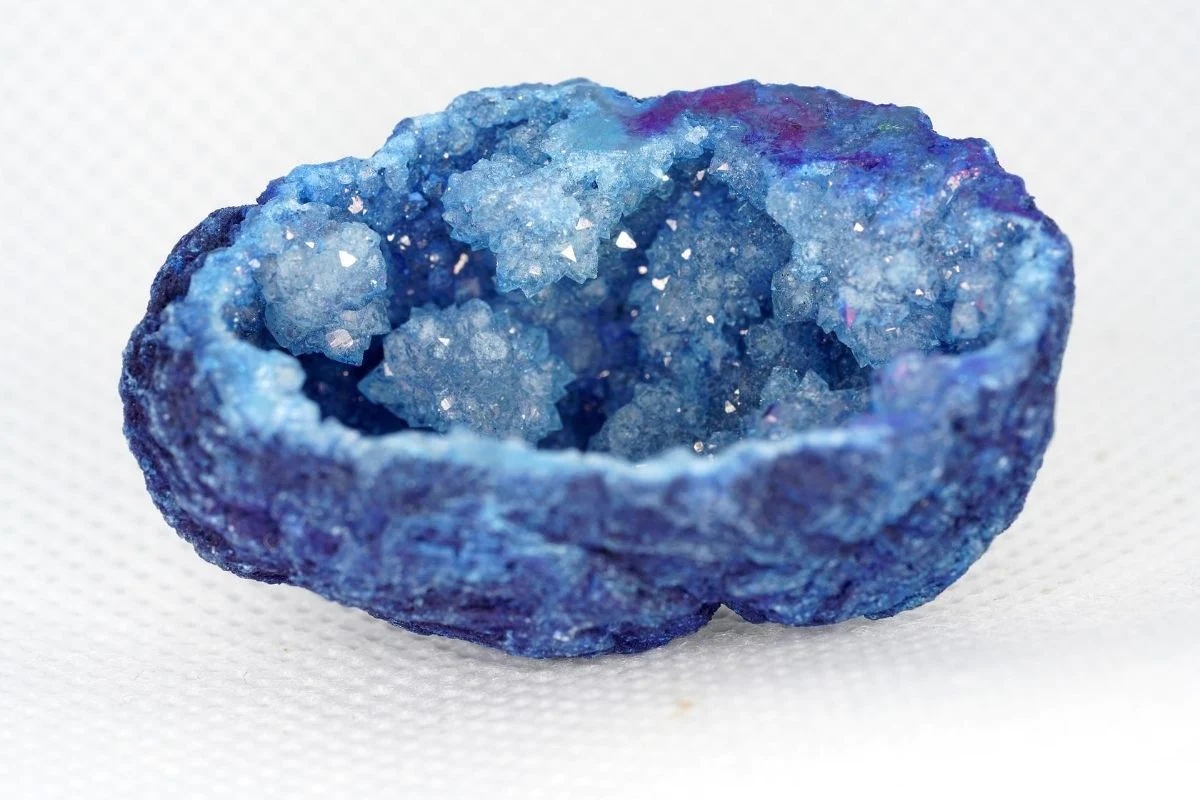 Agate can be recognized if you've ever noticed the lovely, swirling stone around the hollow geode heart. It has been utilized by artisans to create intaglio carvings, jewelry, and home furnishings like vases and cups. Including these typical uses, agate magical properties are quite powerful.

Let's have a detailed look at agate magical properties.

Agate is a large category of rocks comprised primarily of quartz and chalcedony that are based on silicon dioxide. They usually look like round nodules inside the holes of volcanic rocks in rocks that were there before.

This occurs because as the lava cools, gases create hollow spaces in the rocks, which liquid silicate material subsequently fills. Agate can also be found in sedimentary rock, where it usually fills in spaces left by decaying organic matter.

From the intricate, branching formations of dendritic agate to the fossilized mollusks found inside Turritella agate, agate stones come in an almost infinite variety of hues, shapes, and inner compositions. 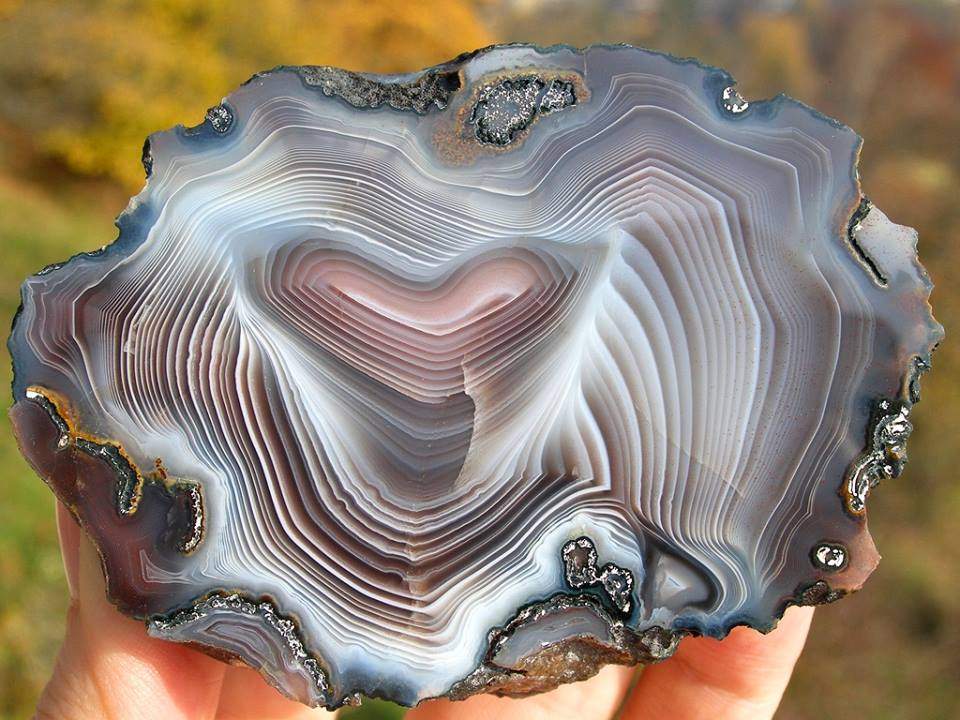 For millennia, individuals from various cultures have used the magical abilities of agate. As a result, the Egyptians used this material to shield their homes from thunderstorms. Roman farmers improved their lands' fertility. Agate provided relief from thirst in hot, arid regions.

Agate was said to be able to overcome anxieties and addictions like drinking. Children could learn to walk thanks to this stone. Agate was used by Indians to balance the root chakra's function and by Tibetan monks to amplify their prayers.

Agates come in a variety of varieties, each with unique qualities. This is relevant to the therapeutic effects of the stones employed by lithotherapists.

Each color emits its own radiation, which has an impact on different organs in the human body. So consider the hue of the agate when selecting one for yourself.

Agate may transform bad energy into positive ones, but you must occasionally rest it by removing it from the body.

It's interesting to note that placing agate in a copper frame accentuates its magical qualities. The "eye agates," which have distinct concentric layers, are the stones with the strongest energetic properties.

It goes without saying that the stone must be natural and free of artificial coloration. On the 15th lunar day, when our minds aren't stable, even a small agate rock can help.

Black agate soothes emotions and aids in lifting depression. helps the owner win in any form of competition, including gambling.

White agate aids in the body's detoxification process and the treatment of respiratory issues. Wearing beads or an agate pendant will help you get rid of a cough and tonsillitis.

Normalizing the digestive system and promoting commerce are two benefits of yellow agate. It facilitates transaction and negotiation closure and attracts wealth.\

If you put a layered multicolor agate pebble on an area that hurts, it will make the pain go away. It can also be used to treat sterility and impotence. 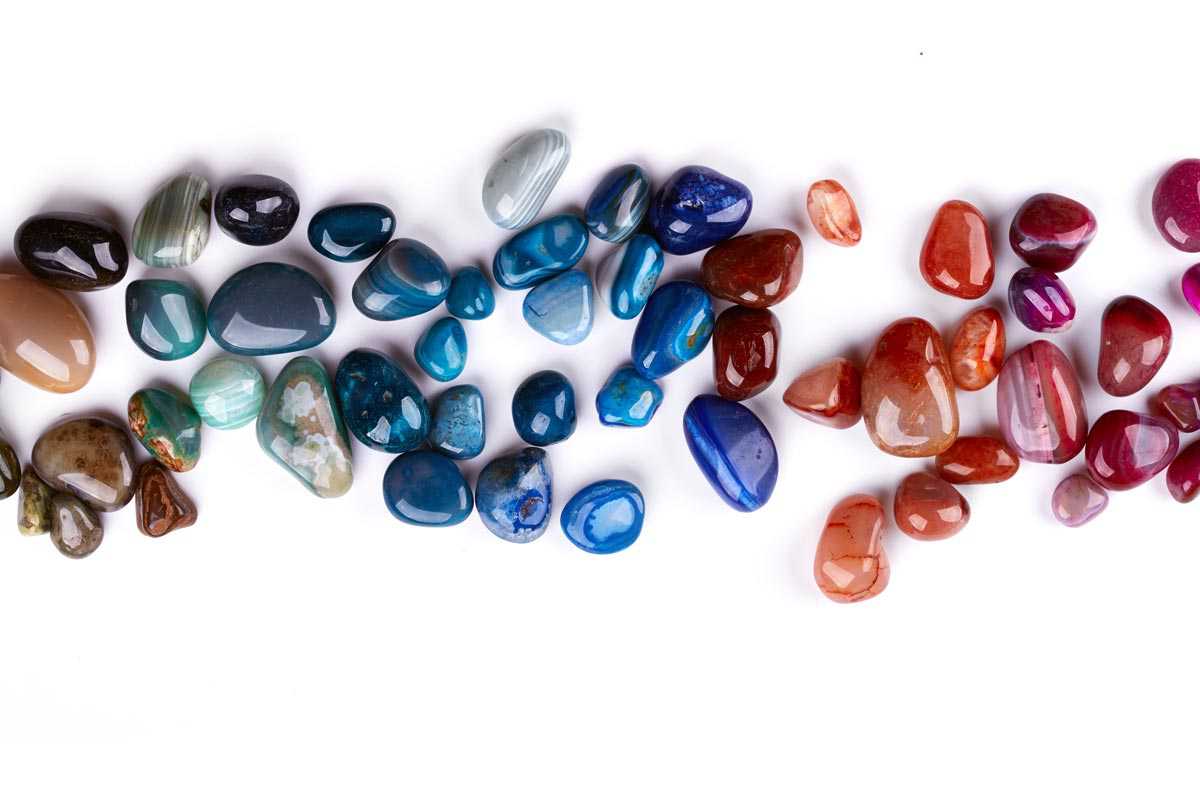 Agate's magical characteristics typically change according to its color. Green witches frequently employ green agates, such as moss and dendritic forms, to support the growth of their plants.

Frequently, charms to work with or heal animals use brown agates. Negative energies are said to be repelled by Suleiman agate.

Additionally, various hues represent various elements. Blue stones, such as blue lace agate, are thought of as belonging to the water element. Fire gems can be red or orange. Earth is either brown or black. White or yellow could be air.

The fact that many agates are dyed makes it challenging to use them in magic. Agate colors can be vibrant, yet they typically have an "earthy" and authentic appearance. Blues, yellows, and purples that are extremely vivid and dazzling are virtually usually dyed.

Crystal workers who work with chakras typically believe that agates match the chakra that matches their hue.

On our planet, agate is a common mineral that comes in a wide range of types. Layered stones are sometimes referred to as "The Creator's Eye" because of their eye-like shape.

Legend has it that the Creator engaged in combat with a wicked sorcerer while transforming into a white eagle. His eye hit the ground during the combat, and over time it petrified.

Agate has since lived with humans. Its goal is to discriminate between good and bad actions. The magical qualities of agate are consistent with this story.

This stone may redirect a person's energy into the path of goodness and creativity by calming the fervor of their negative emotions.

The 15 lunar day's mascot gemstone is agate. The energy is so strong right now that not everyone can control it. This indicates that agate receives its maximum power on the day of the Full Moon, making ceremonies involving it more effective during this period.

What Does Agate Do Spiritually?

Agate is frequently used to balance the yin and yang forces because of its calming, grounding properties. Additionally, it can be used to clear the aura and get rid of bad energy. Your innate abilities and capabilities can be enhanced by agate, and it can also inspire you to speak your truth.

What Magical Properties Does Agate Have?

Agate promotes mental performance, focus, perception, and analytical skills. It is a relaxing and soothing gemstone that eases inner rage and tension and promotes the development of close bonds.

What Do Agate Crystals Help With?

Agate stones are often crystals of courage and strength. They help us think more clearly, keep us calm and strong, and encourage us to use our analytical skills more when we're trying to figure things out.

One of the most well-liked and diverse gemstones is agate. Most likely, you will go outside and find examples of agate in your own area.

It is very worthwhile to develop a good working relationship with these stones because they have a very powerful magical, therapeutic, and artistic legacy. Your agate's powers will get stronger the more you handle and use it.

Members of the Chalcedony family with magical abilities, agates are distinguished by their characteristic banding or layered appearance. The most popular and accessible variety of Chalcedony is agate. Agate has long been a well-liked crystal due to its adaptability.

It might also have therapeutic and spiritual advantages in addition to its distinctive aesthetic appeal. Since the beginning of time, people have been aware of agate's magical properties as a healing stone.