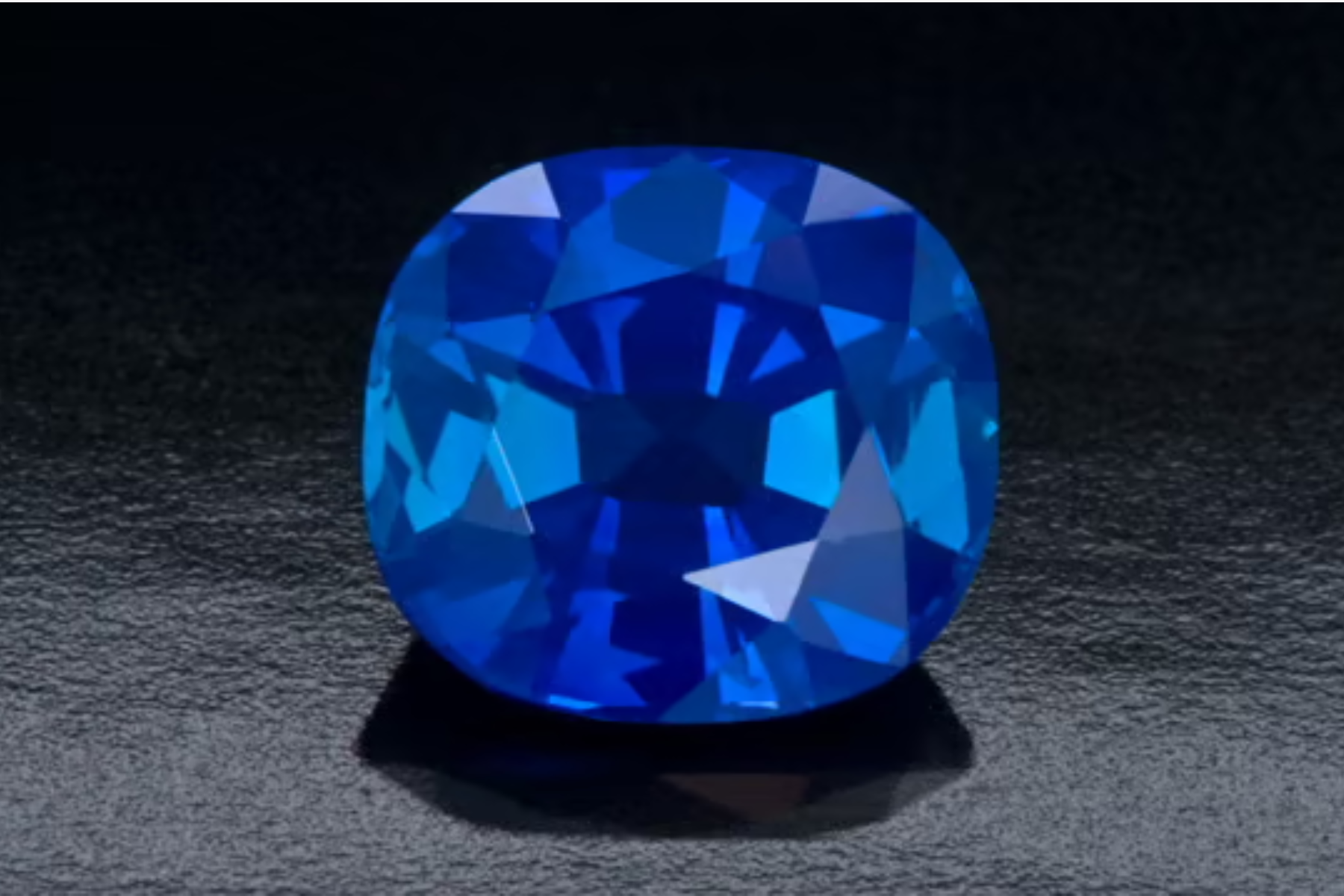 It's an old way to trick people into buying fakes and fake stones that look like real ones. It usually happens near mines, where inexperienced buyers think the gems come straight from the source and where buyers probably can't test the gems before buying them.

However, there are a unique collection of blue "rough" gemstones that you should consider buying.

Four rough blue stones (shown in figure 1) that were said to be natural sapphires were sent to the Carlsbad laboratory for identification and origin reports. The largest one weighed 48.63 ct and was about 22.88 mm long, 19.67 mm wide, and 15.19 mm high. 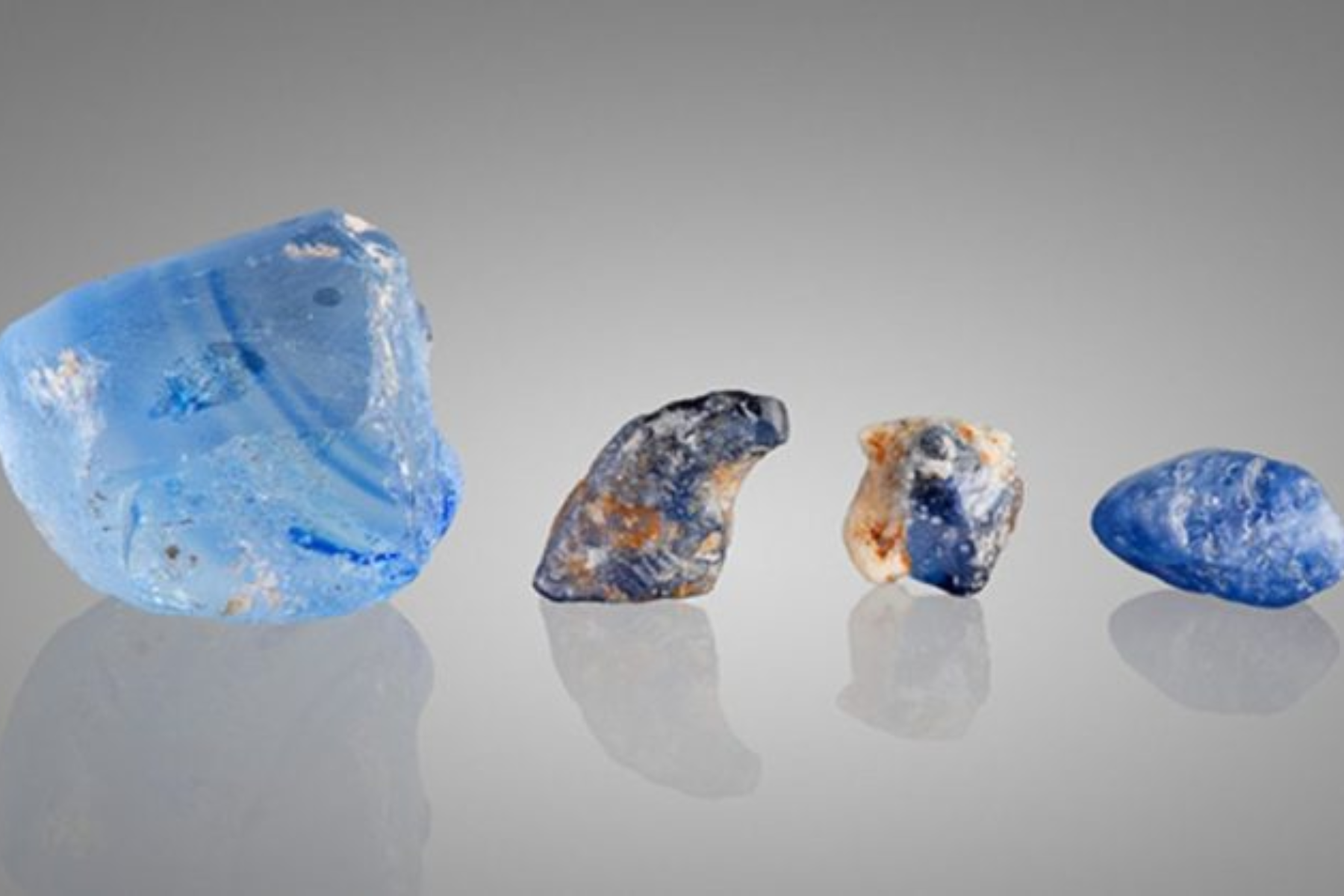 The material was partly shaped, and the surfaces showed lines where it had been polished. Careful examination with a microscope showed many gas bubbles, clear flow marks with a blue color, and conchoidal fractures.

Under the polariscope, weak bands that looked like snakes were seen. The specific gravity of water was 2.48. When the infrared spectrum was compared to that of man-made glass, it was confirmed that this was fake glass.

Figure 2: The resin that covered the surface looked like a natural corundum rough made of a matrix of minerals. When a hot pointer touched the resin, it began to melt. The brown stuff that was stuck in the holes looked like iron oxide stains that you might find in natural rough. 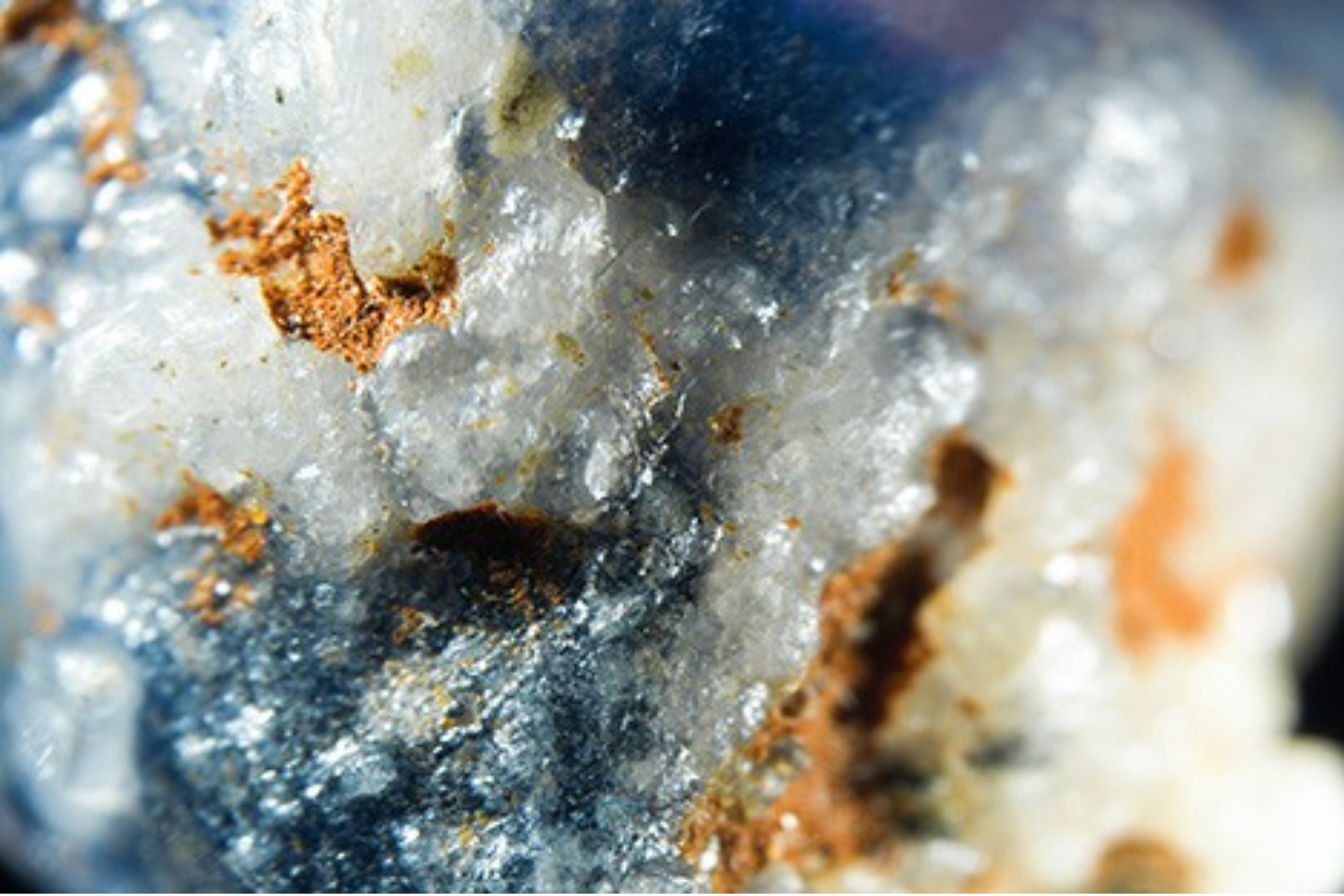 Even though the stones' rough surfaces made it hard to see inside, some gas bubbles could be seen through a small clear area. Raman spectroscopy showed that it was corundum, and putting it in water (figure 3) showed that it had curved blue bands.

Laser ablation–inductively coupled plasma–mass spectrometry (LA-ICP-MS) didn't find any gallium, but it did find trace elements of impurities that are consistent with synthetic corundum. The hydrostatic specific gravity for each was 3.76 and 3.59.

Both values were lower than the SG of corundum (3.9–4.05) because the resin on the surface had a lower SG. Both were said to be sapphires made in a lab, and a note said:

Imitation matrix and resin are present on the surface. 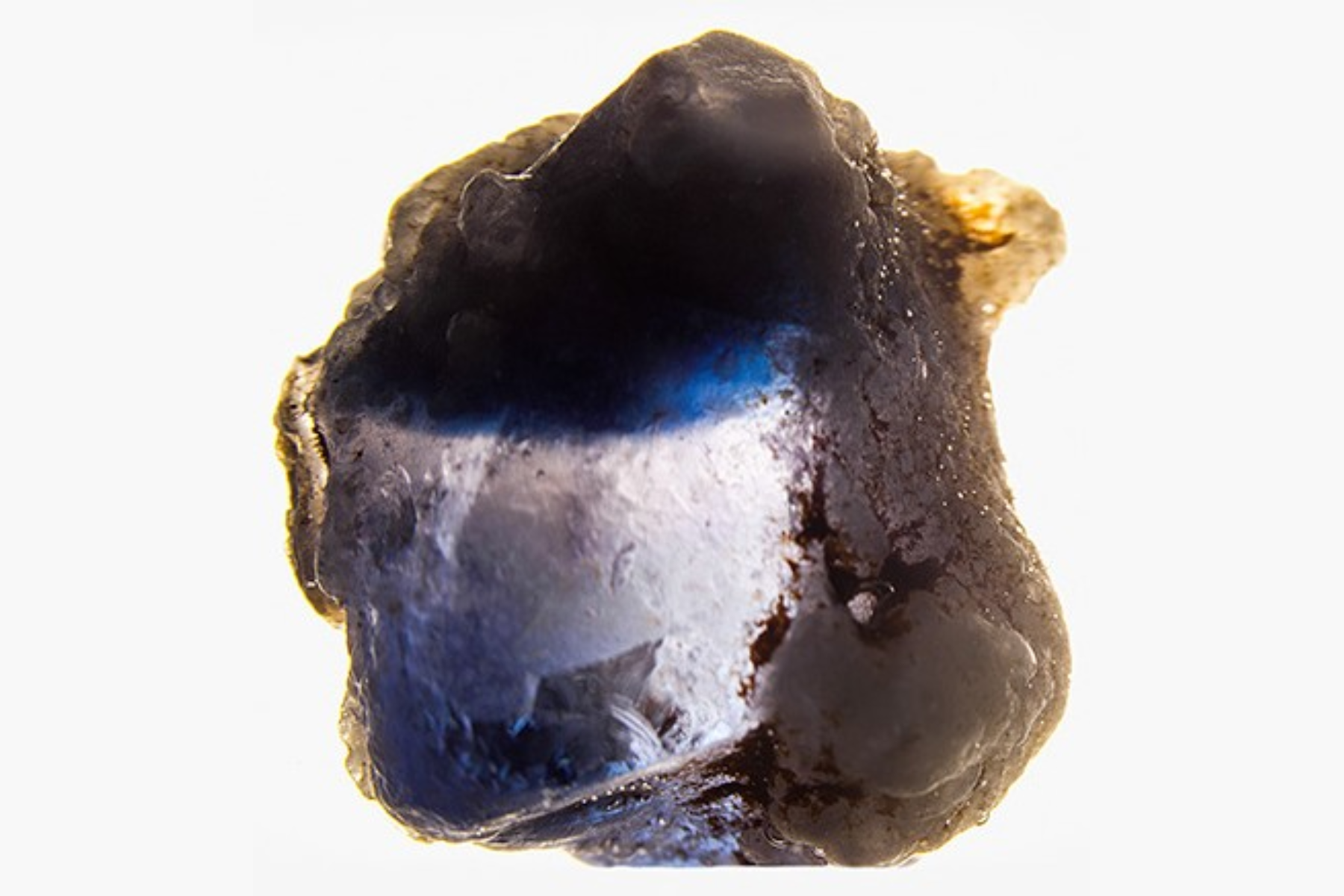 The last piece of rough was a blue stone that was 13.85 x 9.89 x 7.60 mm and weighed 8.46 ct. Because the stone's natural surface was frosted, it was hard to see what was inside, but natural-looking fingerprints and strong, straight bands of inky blue were seen.

Corundum was confirmed by a hydrostatic SG of 3.96, which matched the Raman spectrum. The stone was put in methylene iodide to make sure that the lines on it were straight and not curved.

The stone had been treated with heat because it showed a medium chalky blue fluorescence to short-wave UV and a strong 3309 cm–1 series in its Fourier-transform infrared (FTIR) spectrum.

Based on how it looked, how its colors changed, and how it was made, this stone was said to be a natural sapphire that had been heated and that came from Madagascar.

This study was interesting because it showed how synthetics and fakes can be mixed with their natural counterparts to make a parcel look different than it really is.

Most of the time, though, a careful look and standard gemological tests are enough to tell them apart.