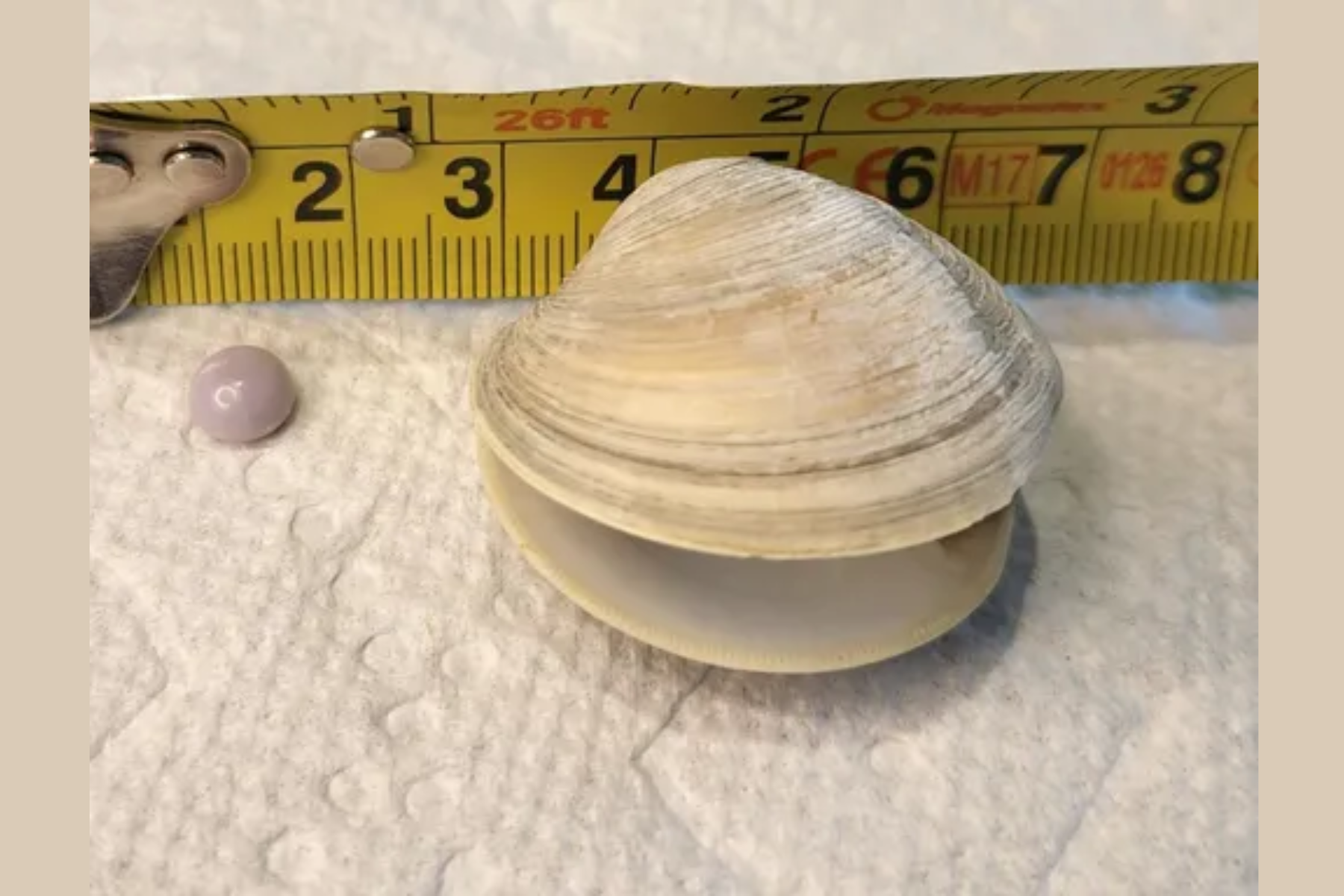 What would you do if you find a small piece of treasure on your first bite?

That's what happened in one restaurant in Salt Air Kitchen and Bar in Rehoboth Beach, Del. when a man discovered something on his food.

Scott Overland, 37, was dining at Salt Air in Rehoboth Beach with his wife and two children on Aug. 9 when he discovered a rare purple pearl while enjoying a $14 appetizer.

Here's what happened to this funny but interesting story.

Vacation To Discovering A Treasure

The Overland family was spending their vacation in Wilmington, Delaware, with Scott's wife and two of their children.

When the family was eating at Salt Air in Rehoboth Beach, Delaware, they placed an order for the littleneck clams starter, which cost fourteen dollars.

Overland almost requested a refund for the clams because they were topped with pepper, which is not one of his wife's preferred seasonings.

But when he bit into the clam, he discovered that there was more to it than he had expected.

I guess sometimes you get rewarded for not being a pain at restaurants!

The Reward Of Not Being Pain At A Restaurant

According to him, he didn't expect what he had bit.

He thought he bit down on a piece of shell or something.

My wife thought it was a piece of candy because it looked like those candy dots.

Upon closer examination, Overland found that the object in question was a pearl in the shape of a button.

They had never heard of a pearl in a clam.

What is funny about this is that they always thought that pearls can only be seen in oysters.

According to Overland, the "craziest part" of his story was that he almost sent the clams back because they came with a pepper garnish.

He said this was the "craziest part" of his story.

His wife does not enjoy spicy foods, especially peppers.

I guess sometimes you get rewarded for not being a pain at restaurants! It’s a fun story and a fun memory.

But they were sadly mistaken; pearls are actually formed inside mollusks and clams.

Overland was enjoying a Cherrystone Aqua Farms northern quahog clam from the Chesapeake Bay while he was watching the game.

Pearls of different colors, including white, brown, and various shades of purple, are produced by these quahogs.

Pearls worn as a necklace are typically rounder and more spherical, whereas button pearls have more of a button-like shape.