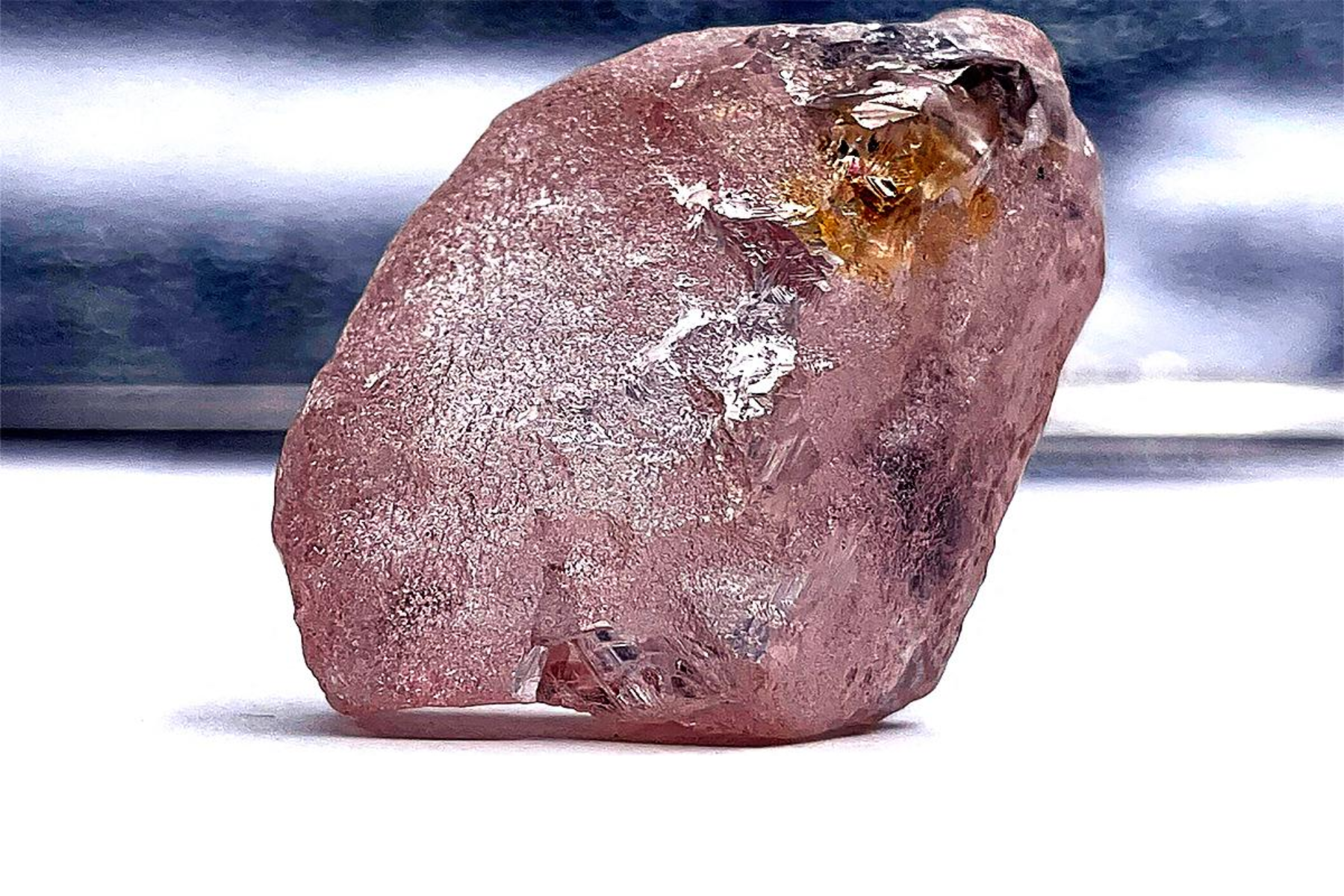 Angola, which is located in Africa, was the location where a pink diamond weighing 170 carats was found.

And this 170-carat pink diamond is the largest discovered in 300 years.

According to the Australian miner Lucapa Diamond Company, this could be the largest gemstone that has been discovered in the last three hundred years.

In addition, Stephen Wetherall, managing director of the Lucapa Diamond Company, notes that the discovery of colored diamonds accounts for only one in every 10,000 total diamonds.

The Discovery Of Pink Diamond A.K.A Lulo Rose

This rough was discovered at the Lulo alluvial diamond mine in the Lunda Norte region of Botswana.

It has been given the name "Lulo Rose." Alluvial diamonds are deposits that can be discovered in river beds, ocean bottoms, or shorelines.

This is in contrast to mined diamonds, which are extracted from the ground.

These stones have been worn for millions of years since they were removed from their primary source, which is Kimberlite. This has made them more resilient.

Even though the Argyle mine in Australia is famous for its production of pink diamonds, other mines, such as those in Angola, also contain pink diamonds.

In point of fact, the mines of Angola are regarded as being among the top 10 producers of diamonds in the world by the Gemological Institute of America (GIA).

He reveals, "We have discovered pink diamonds in the past, but discovering one of this size is quite rare."

It is believed that the pink diamond weighing 170 carats would be sold at auction by the Angolan official diamond marketing business known as Sodiam.

The Estimated Price And Importance Of The Stone For Lucapa 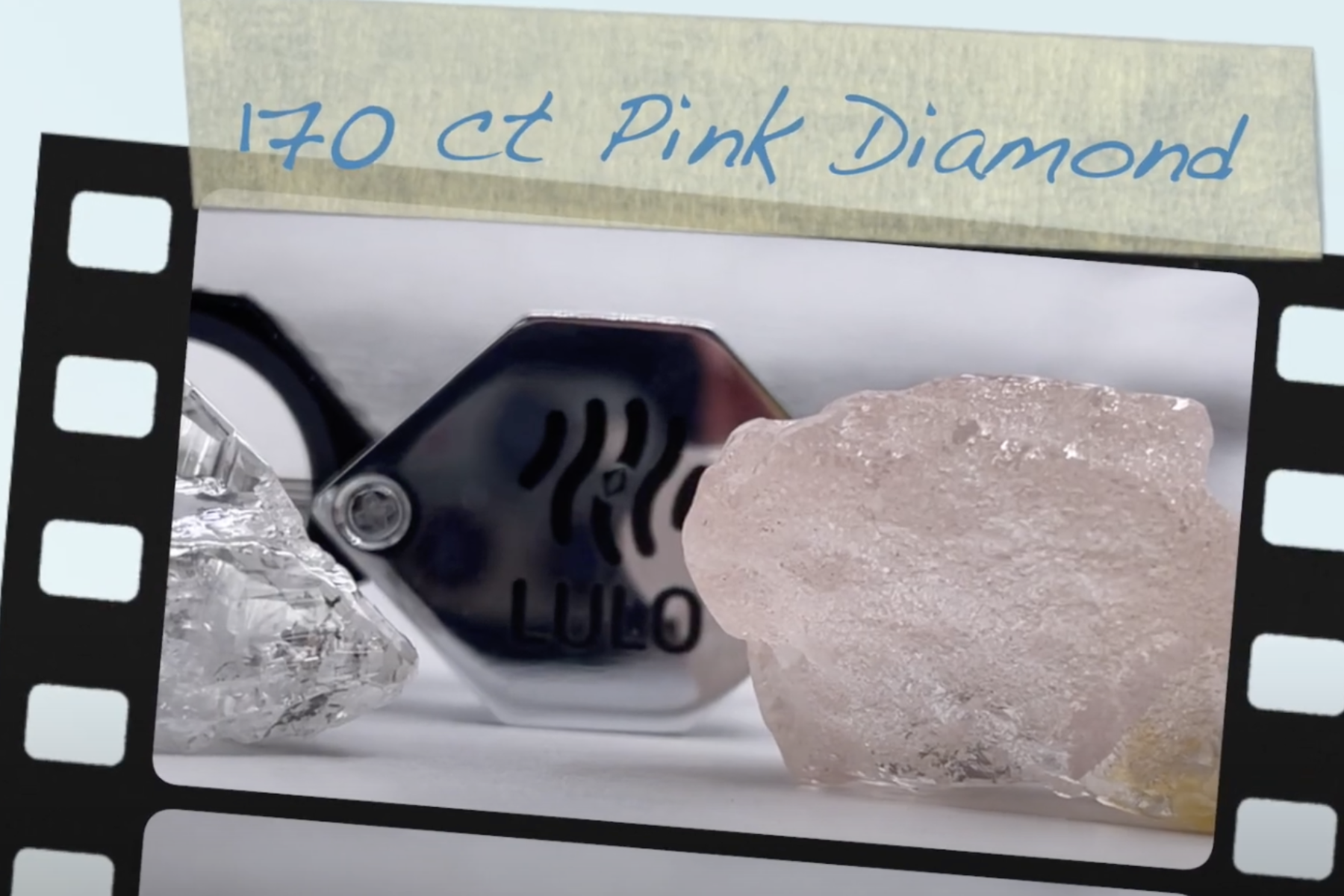 Wetherall is unable to provide the diamond's estimated value to the general public at this time though because the diamond is still being examined and graded.

The stone has been given the name "The Lulo Rose," and they try to claim that it is the largest pink diamond discovered in the last 300 years.

Because of this, the recovery of the stone was referred to as a "significant day" for the Angolan diamond industry by José Manuel Ganga Junior, chairman of the board of Endiama, the state-owned diamond company in Angola.

According to Lucapa, the last pink diamond to surpass the Lulo Rose in size was rough that evolved in the 242-carat pink "Great Table Diamond," which was described in 1642 by the famed jeweler and traveler Jean-Baptiste Tavernier.

The Great Table did not survive though.

The "Darya-ye-Noor" diamond, which weighs 182 carats and is also spelled "Darya-i-Noor," and the "Nul-ul-Ain" diamond, which weighs 60 carats, had to be cut into two smaller stones because the original diamond was involved in an "unrecorded accident," as stated by the Antique Jewelry University of Lang Antiques.

The Darya-ye-Noor is now considered a part of the Iranian Crown Jewels and is being kept safe at the Central Bank of Iran in Tehran at the present time.

We are once again made very proud by yet another historic recovery. We too look forward to our partnership progressing its exploration effort, where we are now bulk sampling the priority kimberlites, in search of the primary kimberlite sources of these exceptional and high-value diamonds.

Lucapa stated that the company will not be providing any projections regarding the potential sale price of The Lulo Rose.

At a point in time that has not yet been decided, the diamond will be put up for sale by Angola's state-owned diamond marketing company, Sodiam E.P., through an international tender.